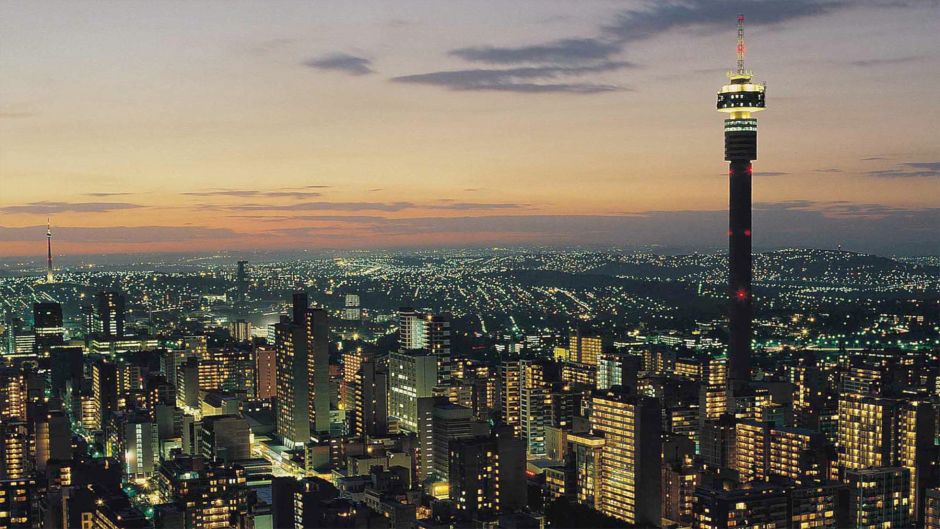 Johannesburg is the largest and most populous city in South Africa.
It is the capital of the province of Gauteng, the richest in that country and the fourth largest economy in southern Africa.

Nicknamed the "City of Gold" for its past as a mining mecca, today is the quintessential example of a modern and cosmopolitan African city, where different cultures and traditions of the continent and the world converge.
With a population of eight million inhabitants, "Joburg" (as it is usually called by locals) is under constant development and expansion, to the point that it shares a border with Pretoria.