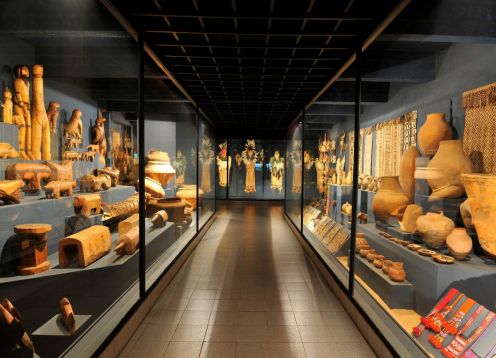 Full-Day Tour to Chaco from Asunción

The city of Asunción is the capital of the Republic of Paraguay. It is an autonomous district that is not part of any department. The metropolitan area, called Asunción, includes the cities of San Lorenzo, Fernando de la Mora, Lambaré, Luque, Mariano Roque Alonso, Ñembí, San Antonio, Limpio, Capiatá and Villa Elisa, which are part of the Central Department.

According to estimates for the year 2019 of the General Directorate of Statistics, Surveys and Census (DGEEC) of Paraguay, the Paraguayan capital has 522,287 inhabitants, thus being the most populous city in the country, and the only Paraguayan city to have more than 500 000 inhabitants While its Metropolitan Region, called Gran Asunción, increases its population to around 3,000,000 inhabitants, making it one of the largest urban agglomerations in South America.