Private Tour: Mykonos Island in Half a Day

Sightseeing with a Mykonian

Delos and Mykonos One Day Cruise from Naxos 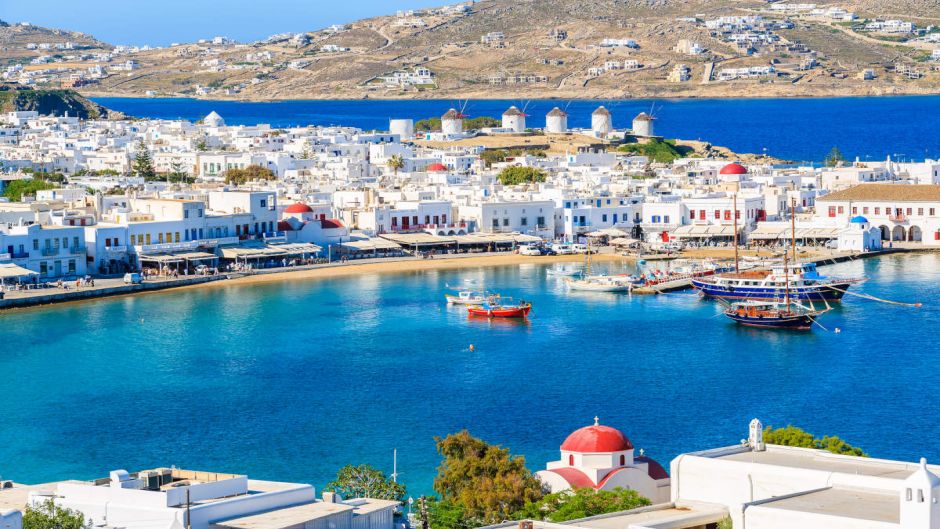 Mykonos is probably the most famous Greek island. It has a typically cycladic landscape. It is arid and is surrounded by magnificent beaches. It owes its fame to the beauty of its capital, Chora, to its white houses with narrow and endearing passages, as well as to its many high quality beaches.

According to Greek mythology, the island was named after the hero Mykono, son of Apollo; therefore it is the island of light, since the one from whom he took his name had familiar ties with the luminous Apollo.