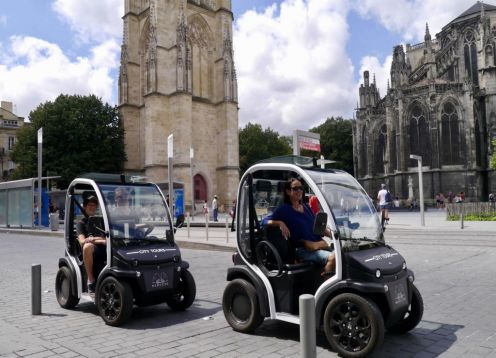 Named part of the Patrimony of the Humanity in 1998, when being included in the Ways of Santiago de Compostela, the Cathedral of San Andr?s is one of the main monuments of the city. It dates from the 11th century, although only the interior walls of the central nave are preserved from the Romanesque structure of the beginning.

Originally, the church had been designed to be flanked by four towers with bell tower, but then it was decided to build two spiers with spiers. Due to the reconstructions carried out between the twelfth and sixteenth centuries, today the influence of the Angevin style, which arose within the empire, was born in the city of Angers.

In Romanesque style, this Cathedral was built at the end of the 11th century and consecrated by Pope Urban II in 1096, with a single nave that reaches 124 m and a Latin cross plan. Originally the Cathedral was designed to house four bell towers but finally only two were built, offering a serious and hard aspect thanks to the reinforcements that its building needed to be erected on marsh floors.