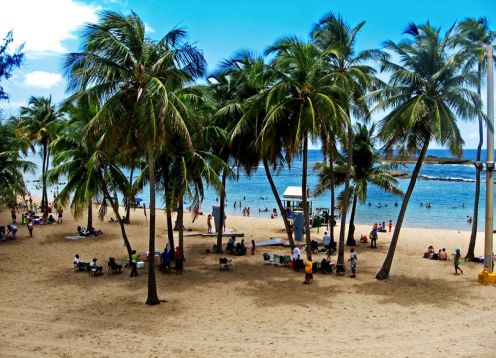 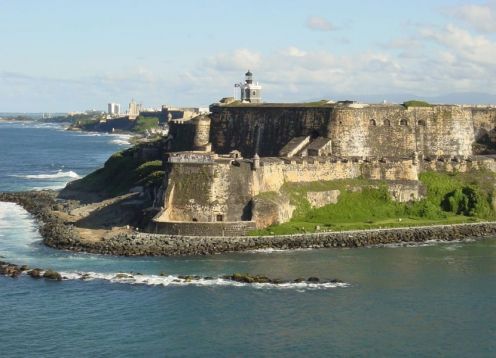 El Morro, officially known as Fort San Felipe del Morro, sits on a large promontory that faces the entrance of the San Juan Bay facing the Atlantic Ocean. This fortification is the result of the combined efforts of many Spanish engineers over more than 200 years of work and construction.
The walls of this imposing structure witnessed innumerable attacks by the fleets of Sir Francis Drake, in 1595, and of the Dutch fleets in 1625.

In 1898 American ships opened fire on their walls during the Spanish-American War, destroying their lighthouse, which was later restored.

The citadel is surrounded by an extensive green lawn and a spectacular rocky coast, all of which make the place a beautiful place; The imposing walls of the fortress create an interesting contrast with the bright blue of the sea. When the wind blows, the grass that connects the citadel with the city becomes a popular place for kites.