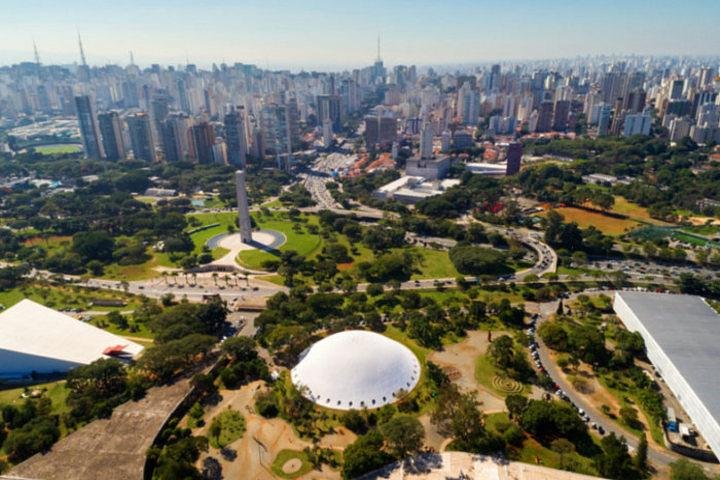 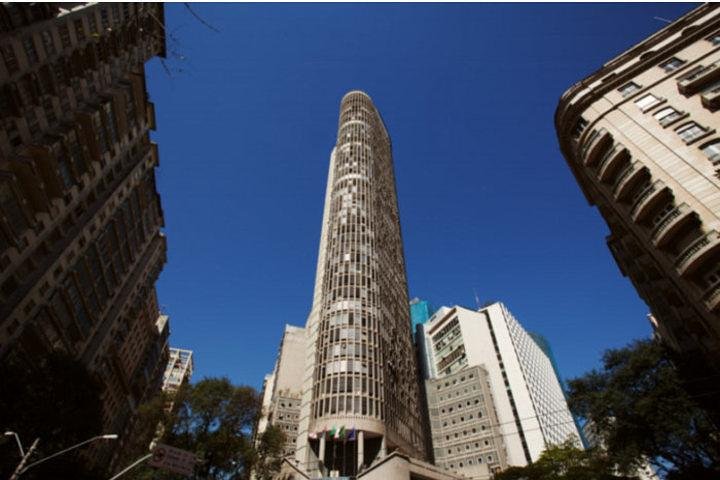 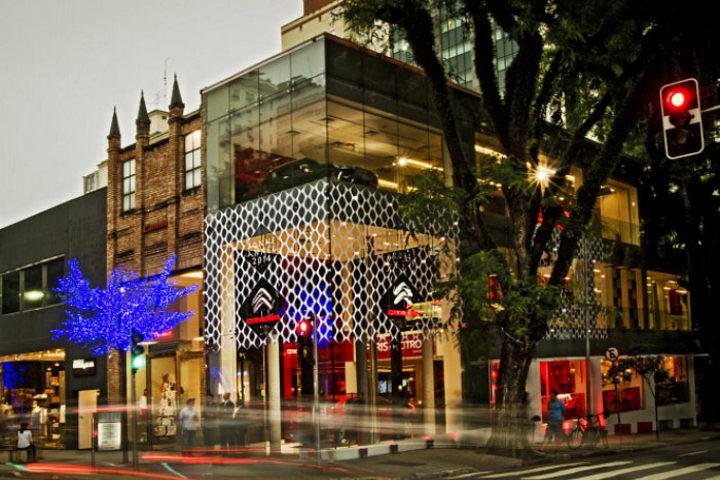 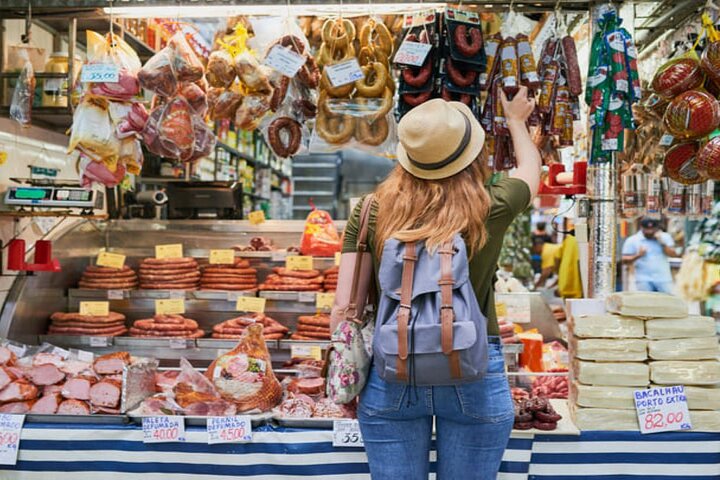 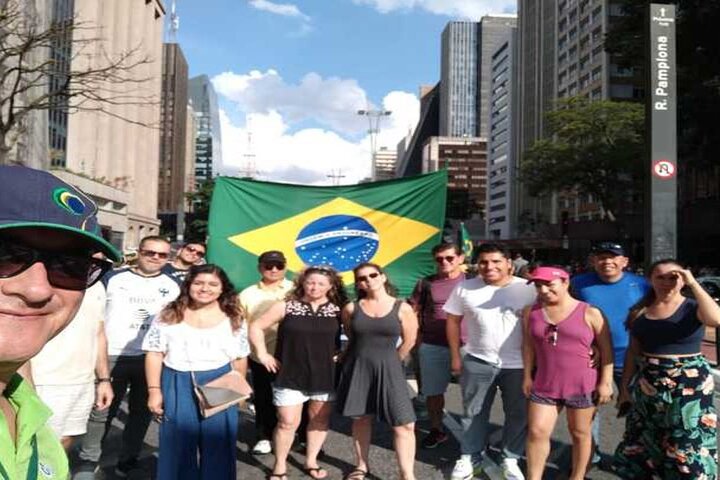 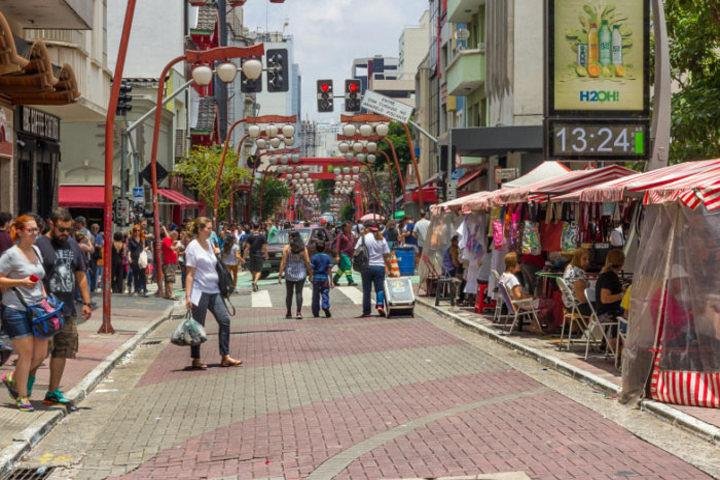 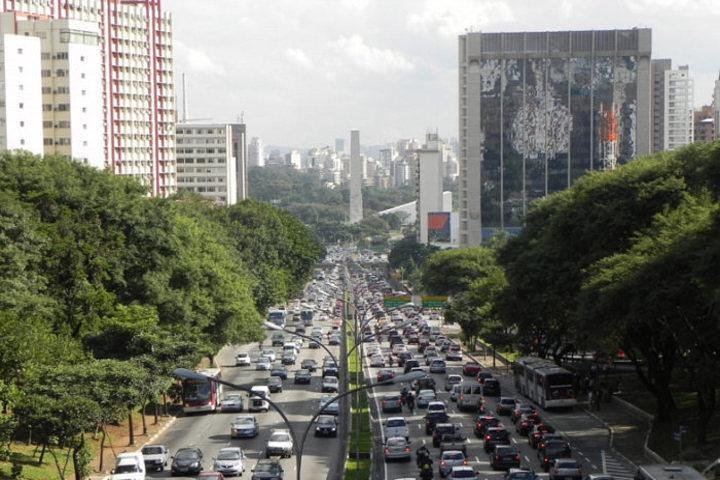 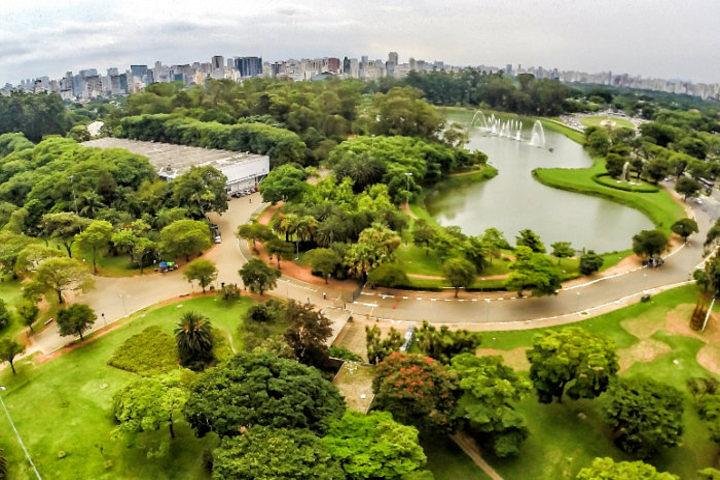 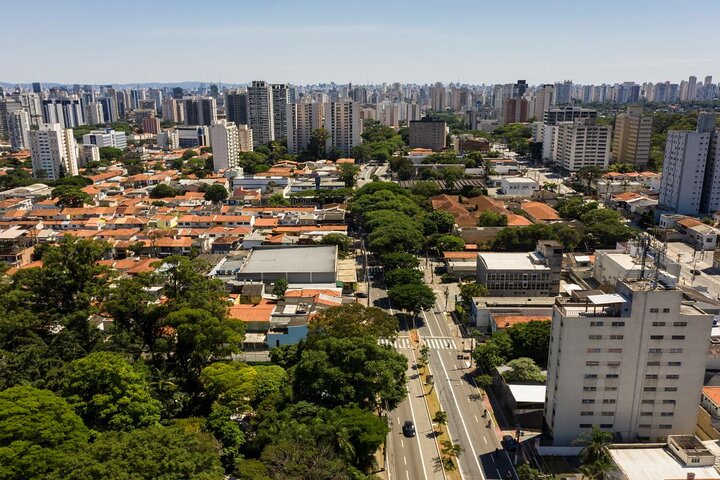 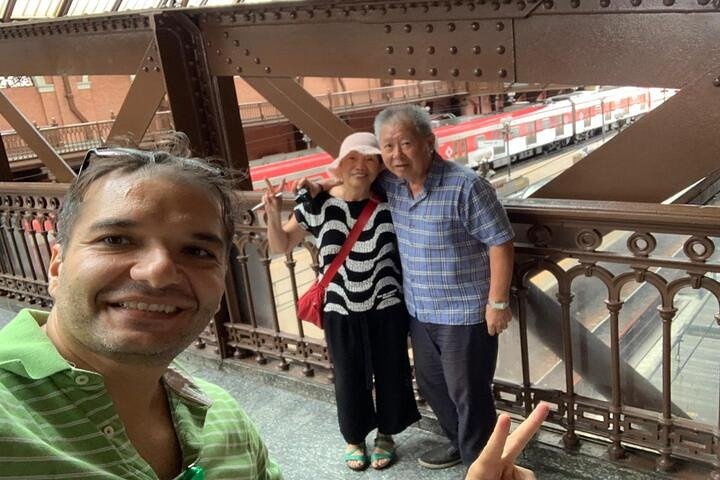 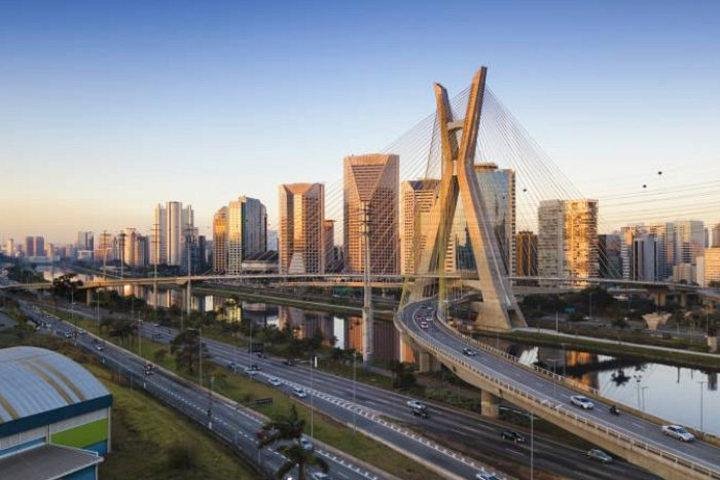 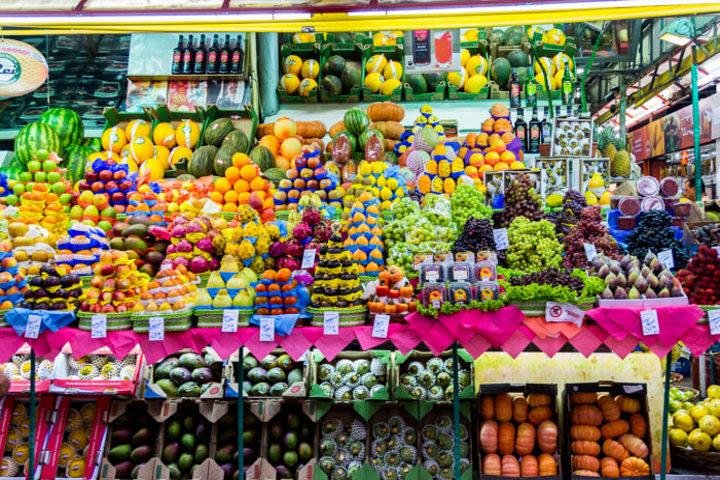 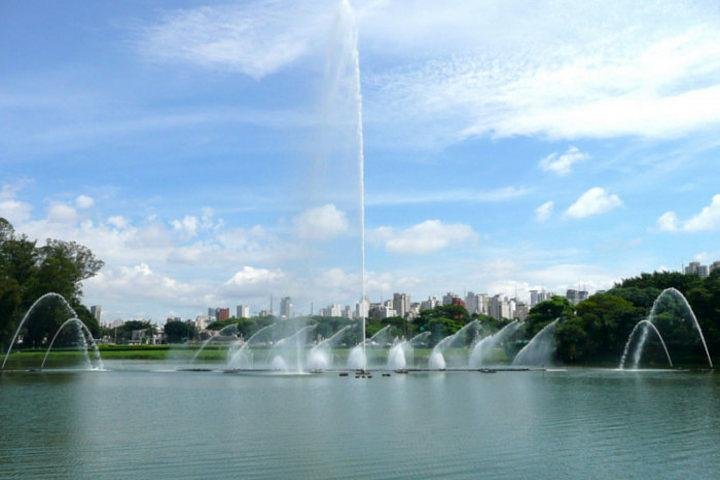 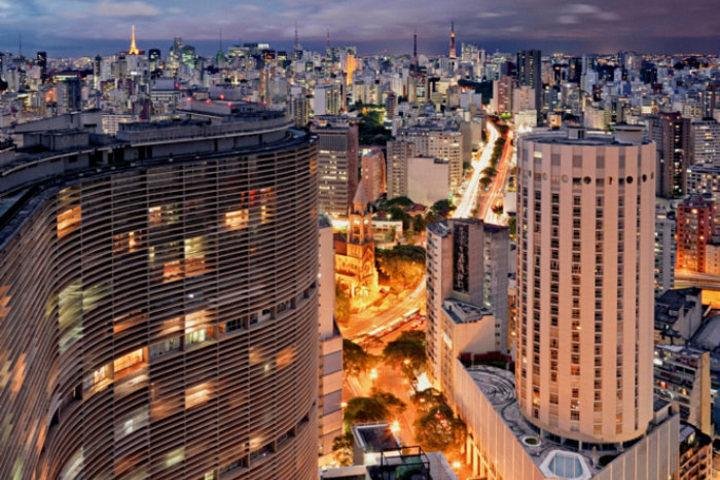 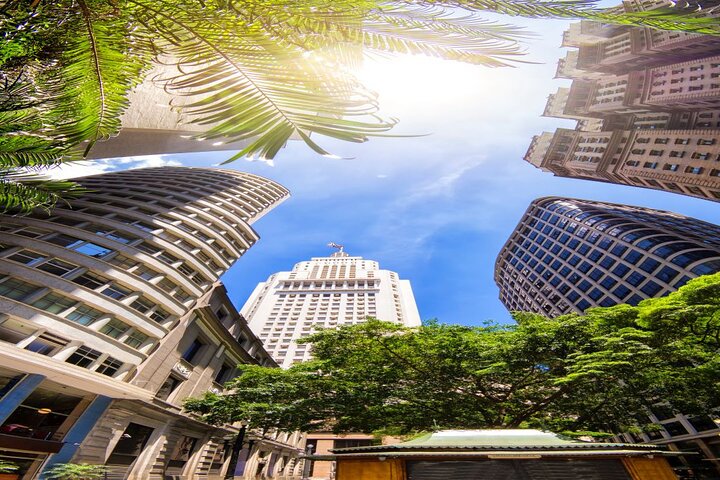 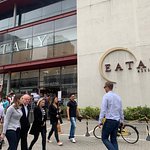 For those who either are going to arrive at the seaport terminal in Santos on a cruise ship or are staying at a hotel in Santos, take an amazing guided tour going to the city of São Paulo to see its major tourist attractions and have an overview of it. If you have at least 8 hours available, take a 1:20 h trip from Santos to São Paulo to explore the greatest city in the southern hemisphere and what it has to offer culturally, historically and touristically. As São Paulo is 760 meters above sea level, highways leaving from Santos get through an astonishing mount range that extends for approximately 1500 kilometers along the south and southeast coast of Brasil, providing an amazing view of the coast line.  You can either follow our suggested itinerary presented in a sequential order or just select specific sights focusing more on culture, history, social-economic aspects, architecture, street art, local crafts and design, fashion, photograph. Our guide should be at your disposal.

On Ipiranga slope, next to Ipiranga stream, Dom Pedro I declared Brazil independence from Portugal, in 1822. The museum was built close to where the historic Independence event took place in 1822.

Other than the architecture of the museum, the area has Independence Park that features huge french-style gardens inspired in Versailles in France.

The museum is not open until Abril 2022, but it's worth visiting the garden and historic site.

The Liberdade neighborhood is the Japanese area. It's where every weekend takes place the Art, Craft and Culture Fair.

Visit the Sé Cathedral which was inspired by medieval European churches. The imposing construction marks the center of São Paulo (the ground zero of the city is at Sé Square), a very busy area.

Historic São Paulo founding site and museum of the city. With the intention to teach and catechize the natives, the Jesuits built the first school and began what 4 centuries later would become the largest city in the Southern hemisphere.

The San Benedictine Monastery is one of those sacred tips that also applies to people who are not religious.

The building hosted Pope Benedict XVI during his visit to Brazil.

Believers are attracted by the masses with Gregorian chants, and shop with breads, cakes, cookies and jams made by the monks themselves and whose recipes are secular.

The first skyscraper in Latin America. The construction generated much controversy, because until then there was no building of such great height.

Currently, the building is one of the main architectural symbols of Brazil.

Inaugurated in 1939 to host one of the largest industrial conglomerates in Brazilian history, the Matarazzo Industries". Designed by the favorite architect of the Italian dictator Benito Mussolini, the Italian Marcello Piacentini.

Nowadays, this is the headquarters of the city administration.

One of the postcards of São Paulo, the tea viaduct was the first in the city of São Paulo. It bears this name because of the extensive tea plantation nearby.

Considered a postcard of São Paulo, the Municipal Theater is one of the most important historical places in town due to several important cultural events that took place in its facilities like the Week of Modern Art of 1922.

São Paulo Municipal Market is one of the main attractions of the city and a mandatory stop for everyone visit São Paulo. Do not miss out on the myriad of fruits, nuts, wines, cheeses, beers, food etc.. A summary of Brasil can be found in it.

With so much variety of products, it is possible to get lost on the famous "25 de Março St.". It receives about 400 thousand people daily who go in search of the good prices of the 5,000 registered stores from tchotchkes and sewing supplies.

Walk through the fascinating Paulista avenue. A place that is sure to impress you not only with its appearance, but also with its much rich history that may seem common in the eyes of some, but in the company of an expert tour guide can be mind-blowing.

Jardins neighborhood is certainly one of the most elegant and significant neighborhoods in the city of São Paulo. Many options for leisure, entertainment, culture, fancy shopping area and boutiques, restaurants, hotel chains, etc…

"High-end Boutiques"
Oscar Freire St. and its surroundings are known for their luxury stores, but it is very wrong to think that everything there is expensive. In fact, stores concentrate more status than exorbitant prices. Because they are, in general, the largest stores in the chains, they end up receiving stranded products with discounts.

Sistine-chapel like church that has plenty of paintings on the ceiling that is breathless.

The church was inspired in Brazilian and Portuguese baroque temples. The style is neo-colonial, very popular in São Paulo architecture from the 1920s and 1930s.

Visit the Ibirapuera Park that was elected by the “The Guardian magazine” the best Park in the world.

The Park is must-see for those who want to be enchanted by the beauty of its lake and water fountain.

The park also has 3 outstanding art museums MAC, MAM and Afro-Brazil museum with their great art that played a big role on the deserved winning election of the park.

Anyone visiting the Ibirapuera Park cannot miss this monument in honor of the early settlers, which is one of the most famous postal cards in São Paulo.

Visit the heart of the street art in São Paulo, Batman’s alley is an area where virtually no surface is left untouched. This lengthy stretch of high-walled residences in Vila Madalena, showcases some of the most impressive spray paint murals around. The constantly changing nature of the art form means there's sure to be something striking and new with each visit.

Don't miss out on an incredible 360º view covering a large part of the city of São Paulo from MAC, which faces Ibirapuera Park.