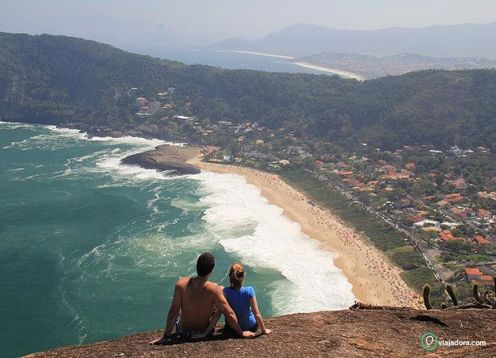 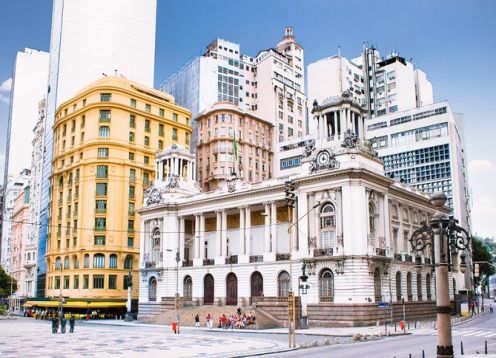 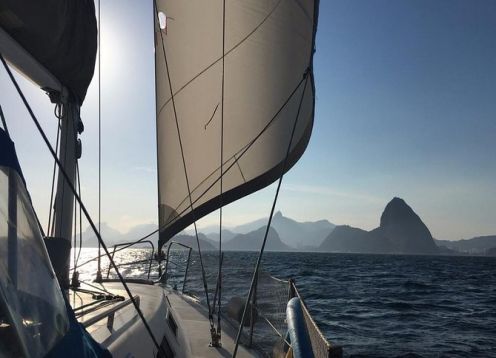 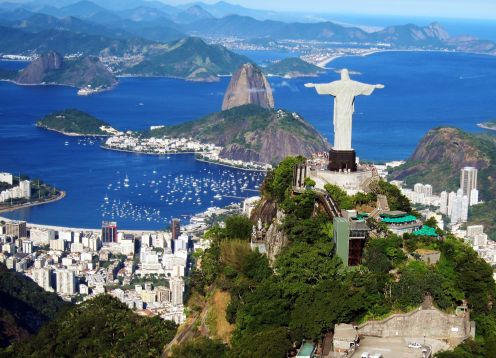 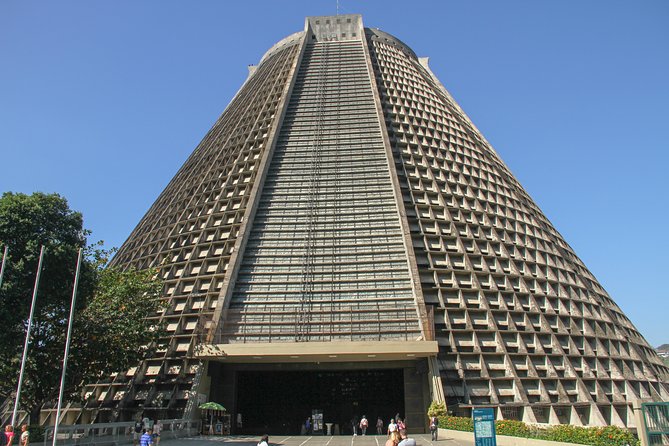 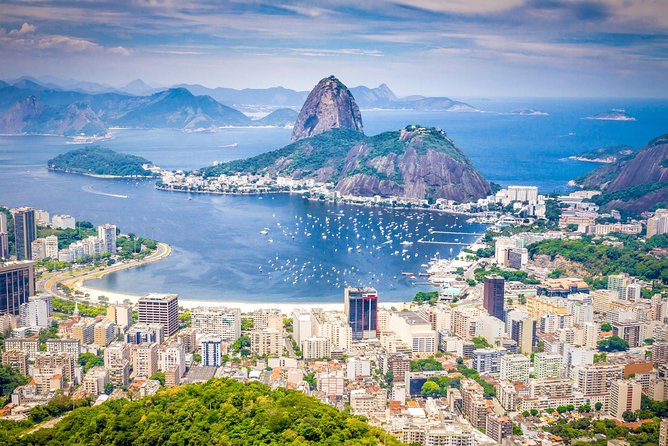 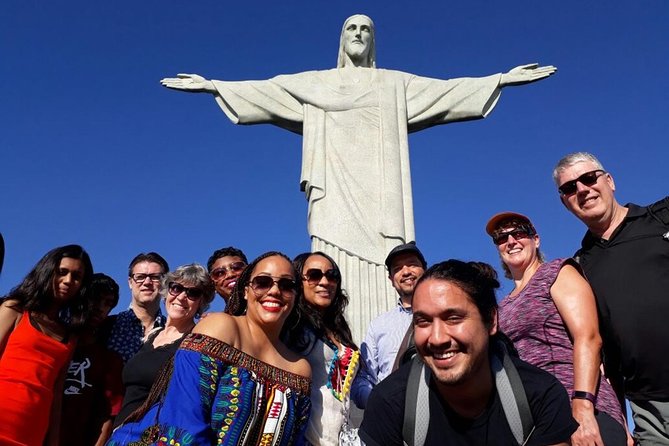 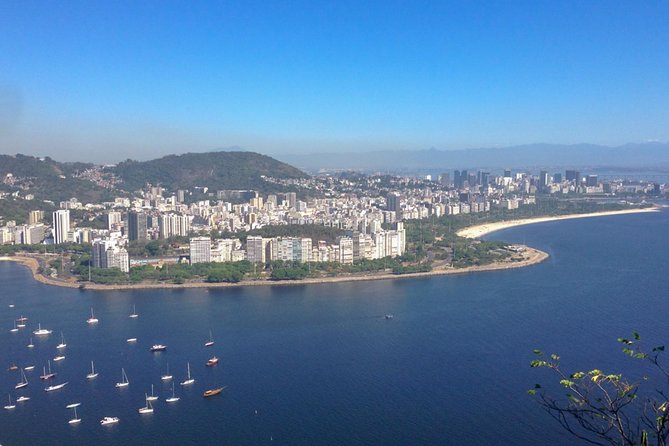 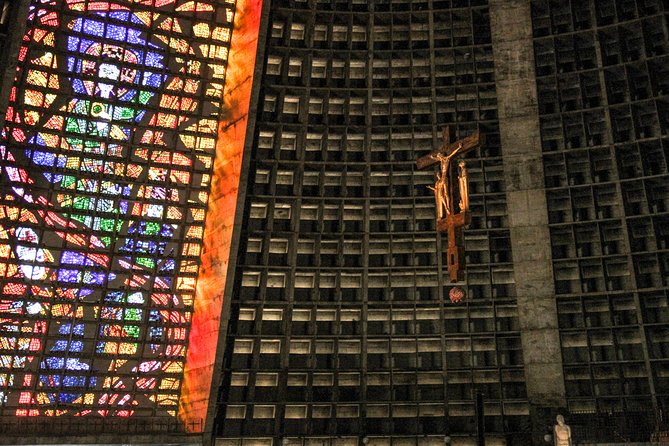 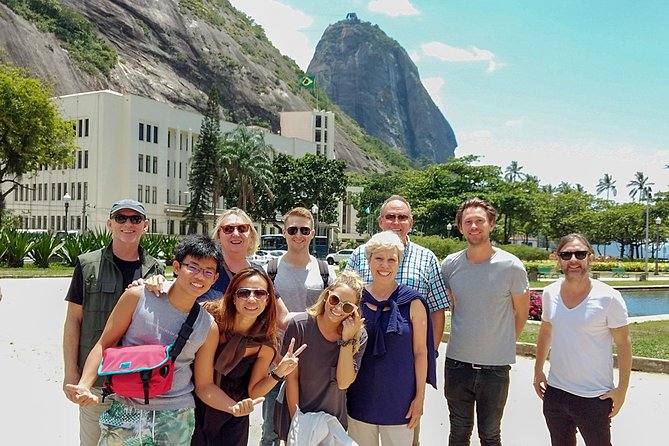 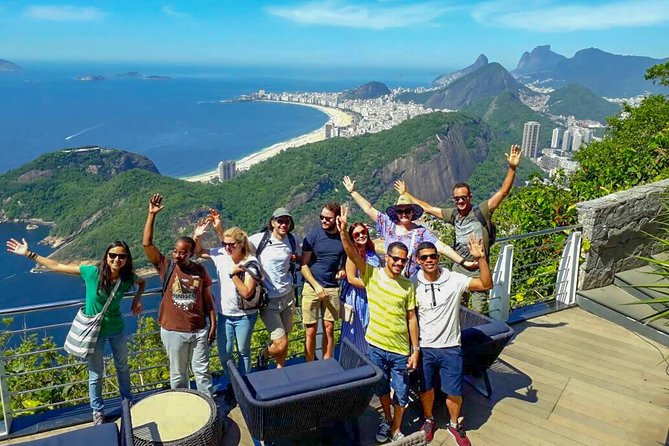 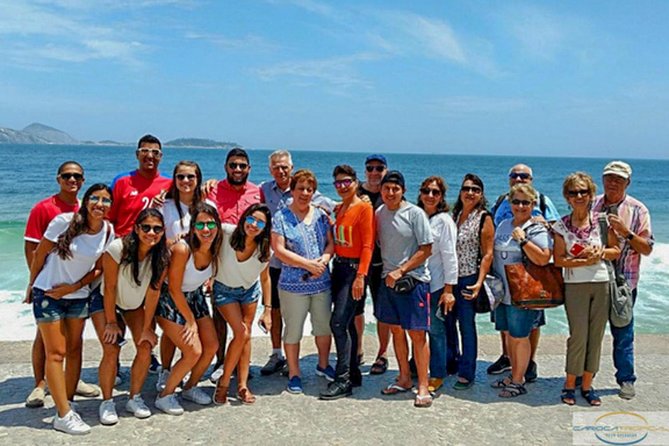 Come with us to enjoy your day during this hassle free guided tour in Rio de Janeiro and have perfect presentation of the most famous attractions in the city.
While our tour guide and driver organize everything you can take your time to simply relax and have some fun.Take fabulous pictures of the Christ the Redeemer Statue before the crowds, take the cable car to the Sugar Loaf to have the best views of the city and see the landmarks at Downtown area like Maracanã (outside only), the Sambadrome area, the Metropolitan Cathedral, the Sao Bento Monastery and to close the perfect day, spend some time at the Selarón Stairs.
And don't worry, you will also learn a lot about all the attractions visited as our guides are the best ones to explain everything about them.

After the pick-up we will start the tour from Copacabana Beach, one of the most famous beach in the world.

The official residence of the State Governor

The Tijuca Forest (Portuguese: Floresta da Tijuca) is a tropical rainforest in the city of Rio de Janeiro covering an area of roughly 32 km² (12.4 mi²). The tour will reach Tijuca Forest with a stop at Paineiras to board the official vehicles of the National Park Authority to be able to reach the top of the Corcovado Hill where The Christ The Redeemer Statue is located.

From the top of Corcovado Hill you will be able to admire The Christ of the Redeemer statue, which has 38m in height and was made of reinforced concrete clad in a mosaic of thousands of triangular soapstone tiles, and also will have a chance to see some of the most beautiful views of the city.

Only in case of poor visibility on the summit of the Corcovado, we will make an alternative stop at Mirante Dona Marta which offers one of the most incredible views of the city, guaranteeing the title of one of the most visited tourist attractions in Rio de Janeiro. From there, you can see the Sugar Loaf Mountain, the Cristo Redentor, the Maracanã, the Guanabara Bay and the Rodrigo de Freitas Lagoon.

The Largo do Boticário (Apothecary's Square) is a square in the Cosme Velho neighbourhood of the city of Rio de Janeiro. The area is characterised by large, neo-colonial houses and Atlantic Forest vegetation.

This hill, 220 meters high, has at its peak the first stop of the cable car towards the Sugar Loaf.

From the top of Morro da Urca you have spectacular views of various points of the city, such as the beaches of Leme, Copacabana, Ipanema, Flamengo, Leblon, Pedra da Gávea, Tijuca Massif, Corcovado with a statue of Cristo Redentor, Guanabara Bay, Enseada Botafogo, Downtown, Santos Dumont Airport, Governador Island, Niterói, Rio-Niterói Bridge and, in the background, the Serra do Mar and the Dedo de Deus peak.

We will travel to the top in two steps by cable car. The first will take you to Urca Hill, at the height of 220 meters above sea level where you already will have great views from Baia de Guanabara. From there, after enjoying the views for a bit, will take the second cable car all the way to the top of Sugar Loaf Mountain, 396 meters above sea level. From up there, you will have a chance to see the most breathtaking views of Rio de Janeiro and will definitely understand why everyone says that Rio is “The wonderful city”

After lunch, the tour starts with a visit to the Maracanã Stadium (outside only) where we will have a quick stop outside for pictures at the Bellini’s statue, a famous captain who led Brazil’s soccer team to win the World Soccer Cup in 1958.

After seeing Maracanã Stadium we will head to the Sambadrome, which is the stadium for the city's main Carnival parade. We will then stop to take some photos and to try on the famous Samba School costumes used during Carnival.

As we continue through the city, we will see the Lapa Arches, Lavradio street and Avenida Chile. There we will visit the cone-shaped Metropolitan Cathedral, a major landmark in this Brazilian city and a masterpiece of modern art. With architecture inspired by the Mayan pyramids of Mexico, the conical shape is believed to give proximity to God. Four stained glass windows run from floor to ceiling forming a cross at the top. You will notice that acoustics are great in there!

The Carioca Aqueduct is located in the centre of the city, in the Lapa neighbourhood, and is frequently called Arcos da Lapa (Lapa Arches) by Brazilian people. Since the end of the 19th century the aqueduct serves as a bridge for a popular tram that connects the city centre with the Santa Teresa neighbourhood uphill, the Santa Teresa Tramway.

Next we will visit the Escadaria Selarón (Selaron stairs), a colorful tiled stairway, work of a self-taught Chilean artist Jorge Selarón. Having traveled the world, Selarón moved to Rio in 1983, in a tiny house just in front of the desolate stairway connecting the areas of Lapa and Santa Teresa. 215 steps that he entirely covered with tiles collected in urban areas of Rio or donated by visitors from all around the world. Since 1990, Selarón has laid over 2000 tiles, mainly red-colored: unique pieces representing a “tribute to the Brazilian people”.

Following we will then visit the São Bento Monastery. A place of monastic simplicity that is one of the most beautiful architectural complexes in Brazil where there is a surprising contrast between the austere, purposefully simple appearance of the exterior and the richness of the interior highlighting gilded Baroque engravings with plants motifs. See for yourself the exuberant Rococo style in the engraving on the high altar, followed by a view of the dome and the Chapel of the Santíssimo Sacramento.

Ipanema is a neighborhood located in the South Zone, between Leblon and Arpoador. The beach at Ipanema became known internationally with the popularity of the bossa nova jazz song, "The Girl from Ipanema" ("Garota de Ipanema"), written by Antônio Carlos Jobim and Vinícius de Moraes.

Separated from its more famous neighbour, Ipanema, by a narrow canal, Leblon is one of the most exclusive neighbourhoods in Rio, and accommodation here comes at a price.

Informacion Adicional
"Confirmation will be received at time of booking"
"Children must be accompanied by an adult"
"Wheelchair accessible"
"Stroller accessible"
"Infants must sit on laps"
"Transportation is wheelchair accessible"
"Pick-up and Drop-off from selected hotels in Leme, Copacabana, Ipanema and Leblon."
"This tour will operate in any weather"
"IMPORTANT: Please be aware that during Carnival period this tour may need to be adapted and the itinerary may be changed in the last minute. We assure that the visit to the Christ the Redeemer Statue and to the Sugar Loaf Complex won’t be affected but due to traffic issues and streets closed around the city, some places may be excluded from visitation during the afternoon part of the tour."
"Most travelers can participate"
"This tour/activity will have a maximum of 19 travelers"

Traveler pickup is offered
We do a fast pick-up to optimize our clients waiting time so for operational reasons we pick-up in selected hotels only.
If your hotel is not in the list, please contact us so we will help you finding the nearest pick-up point.
If you are arriving at the Sea Port please see our tour “Exclusive Full Day in Rio from the Sea Port” for pick-up at that location