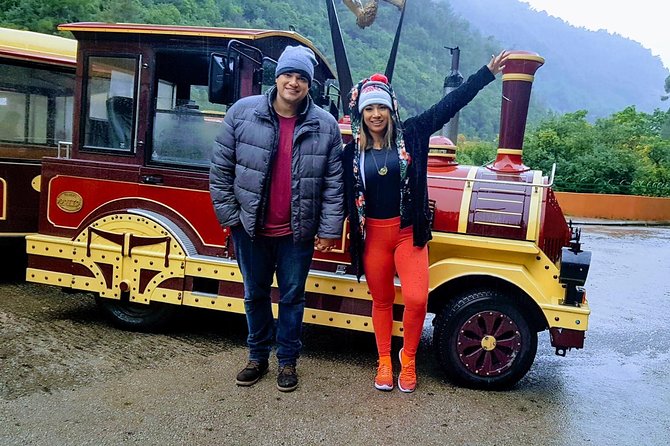 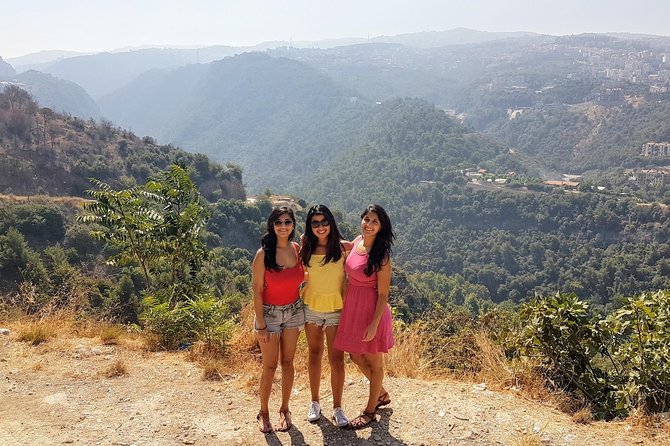 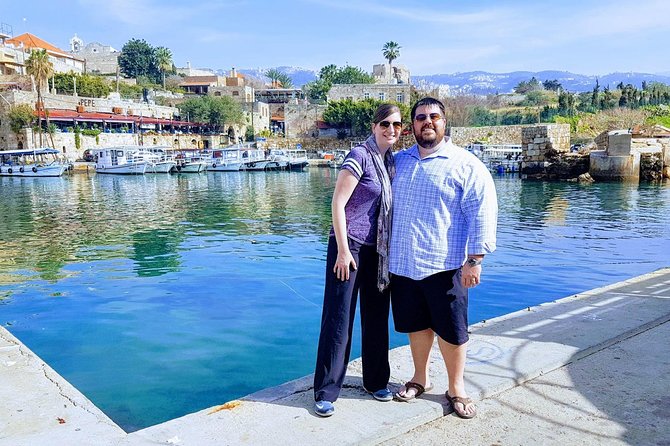 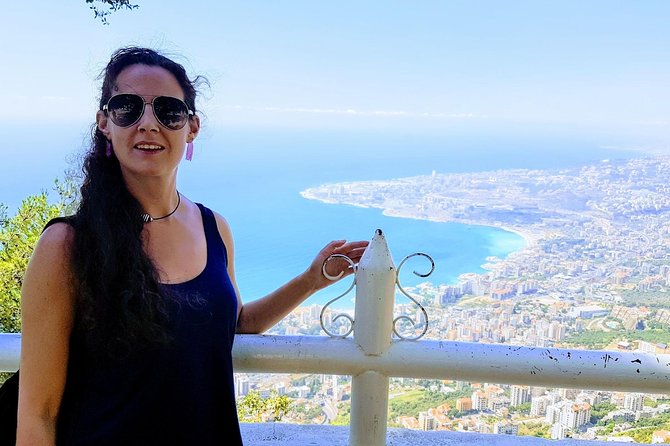 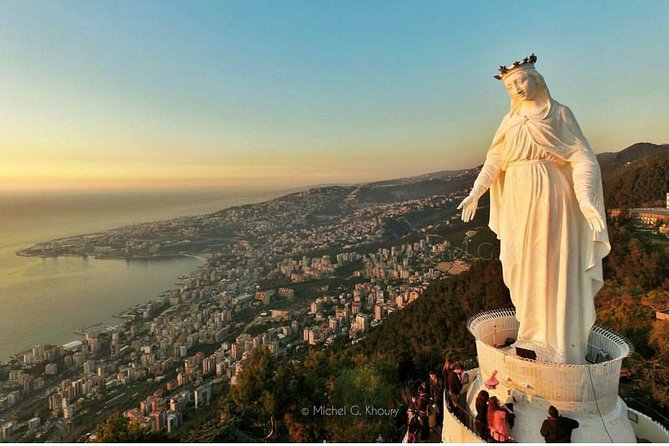 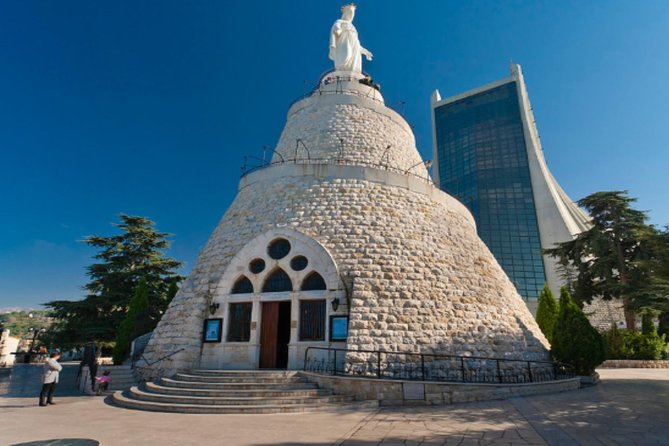 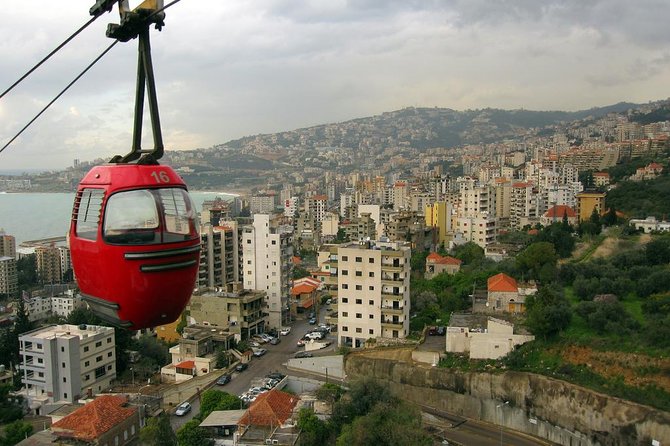 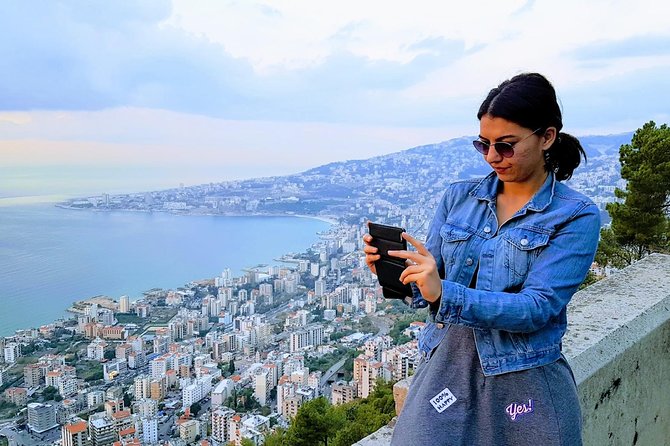 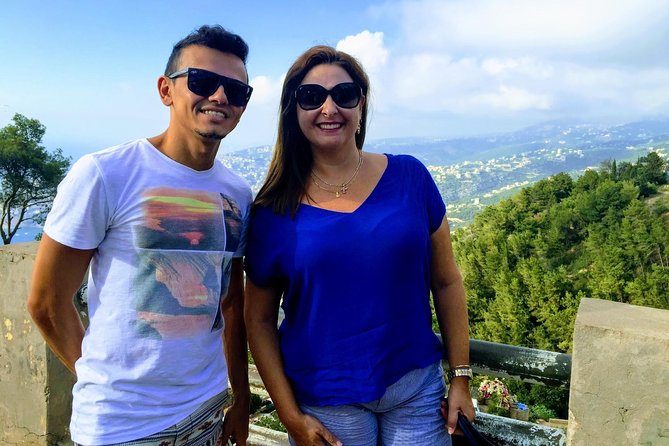 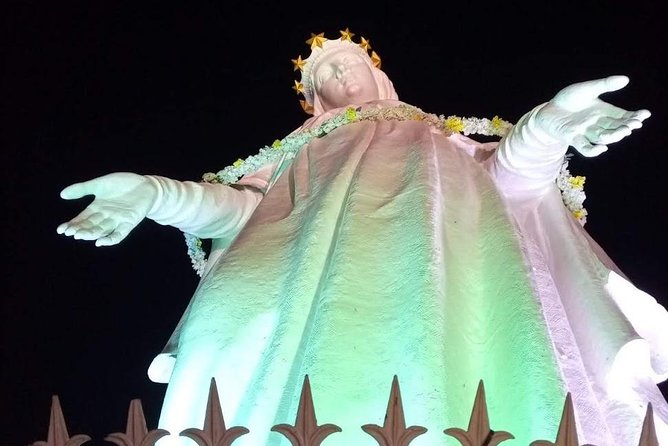 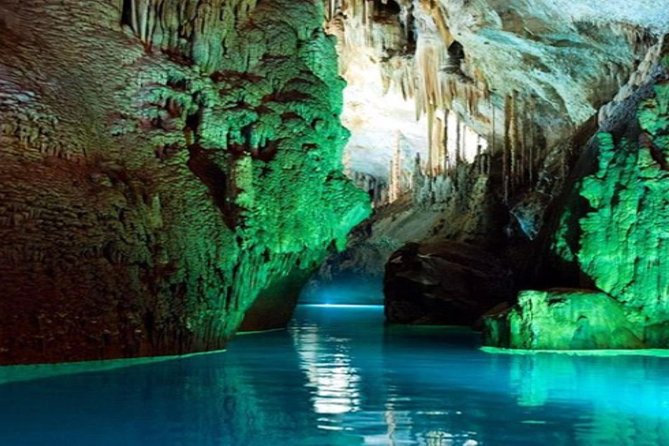 This full-day tour of Jeita Grotto, Harissa and Byblos with convenient hotel pickup is a popular choice for visitors with limited time in Lebanon. Explore all the highlights without the stress of navigating and hear important context about landmarks along the route.

The Jeita Grotto, a system of two separate, but interconnected, karstic limestone caves which have formed over millions of years, is the longest cave complex in the Middle East. It is located 300 meters above sea level and has a height difference of 305 meters.
The Jeita upper cave has an overall length of 2,130 meters and contains a great concentration of a variety of crystallized formations such as stalactites, stalagmites, columns, mushrooms, ponds, curtains and draperies.
The lower gallery, which has an overall length of 6,200 meters, is located 60 meters below the upper gallery. It is traversed by a smooth underwater river and a lake.

Stop At: The Shrine of Our Lady of Lebanon, Keserwan, Harissa Lebanon

The shrine of our Lady of Lebanon is one of the most important shrines in the world honoring the Virgin Mary and located in Harissa, a key Christian pilgrimage site in Lebanon.
The shrine is highlighted by a huge, 15-ton bronze statue of the Immaculate Conception, Mother of God. It is 8.5 m high and has a diameter of five meters. The Virgin Mary stretches her hands towards Beirut overlooking the Bay of Jounieh in one of the most attractive panoramic views in the world.

Harissa is a key Christian pilgrimage site with a shrine dedicated to Our Lady of Lebanon
The pilgrimage site is a large, 15-ton bronze and a painted white statue of Virgin Mary, known as Our Lady of Lebanon or Notre Dame du Liban, with her arms, stretched. The statue was made at the end of the 19th century and inaugurated in 1908. Inside the statue's base, there is a small chapel.
As well, A huge cathedral built of concrete and glass stands adjacent to the statue.
Among other churches of various Christian denominations in the vicinity of Harissa are the Byzantine-style, Melkite Greek Catholic basilica of St. Paul, located south of the statue and built between 1948 and 1998, the Apostolic Nunciature (Papal Embassy), as well as the residences of four patriarchs of Eastern Catholic Churches

The Telepherique is one of the oldest and most visited tourist attractions in Lebanon
It is a gondola lift system located in Jounieh, a city in Lebanon, 16 km north of Beirut that transports passengers above the pine-forested steep mountain, to an altitude of 650 meters, arriving at Our Lady of Lebanon shrine in Harissa offering breathtaking views of the bay of Jounieh and the surrounding city.

Byblos, one of the oldest Phoenician cities. Inhabited since Neolithic times, it has been closely linked to the legends and history of the Mediterranean region for thousands of years. Byblos is also directly associated with the history and diffusion of the Phoenician alphabet.

Byblos Castle, a restored 12th-century Crusader castle surrounded by a 10m-wide dry moat is located just inside the Byblos' atmospheric archaeological site that contains the ruins of the Temple of Baalat Gebal and the Temple of the Obelisks.
It's an impressive building that offers an excellent perspective over the ruins from the top of its foursquare keep. A series of Bronze Age dwellings is clearly visible below the walls as you look towards the sea. Inside the castle, there's a small museum and a room with information panels outlining the city's history.

Byblos old souk is an old market where tourists can shop for souvenirs and antiques, or simply stroll along the old cobblestone streets and enjoy the architecture.

Byblos Port is an ancient port in Byblos and is believed by the Lebanese to be the oldest port in the world. Around 3000 BC, Byblos Port was the most important timber shipping center in the eastern Mediterranean

Informacion Adicional
"Confirmation will be received at time of booking"
"Not wheelchair accessible"
"Infant seats available"
"Most travelers can participate"
"This is a private tour/activity. Only your group will participate"

Duration: 8 Hours
Start location: Traveler pickup is offered
We pick up travellers from all hotels in Beirut