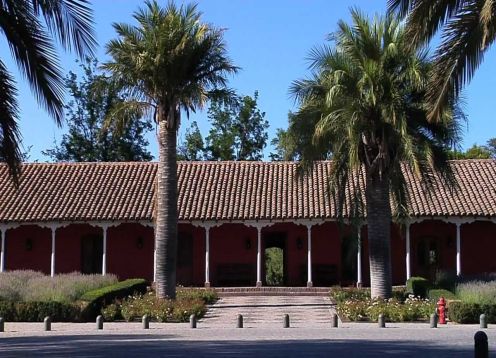 Viña Santa Rita is located in the Metropolitan Region, south of Santiago in the foothill foothills of the Andes; It is causing a large thermal amplitude between day and night of 20. It has a Mediterranean climate marked by dry, hot summers, dry autumns, mild winters and frost-free spring.

The average rainfall ranging between 300 and 450 mm / year. The valley has rocky soils that allow good drainage.
This terroir is recognized as one of the best areas in the world for planting red varieties, especially Cabernet Sauvignon.

Location: 40 Km south of Santiago in the piedmont of the Andes..

You can know Santa Rita Vineyard in the following excursions