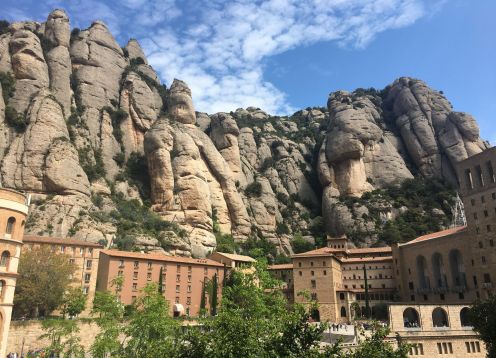 Montserrat Tour From Barcelona With Lunch And Wine Tasting

Barcelona To Montserrat Day Tour With Tapas And Wine Tasting 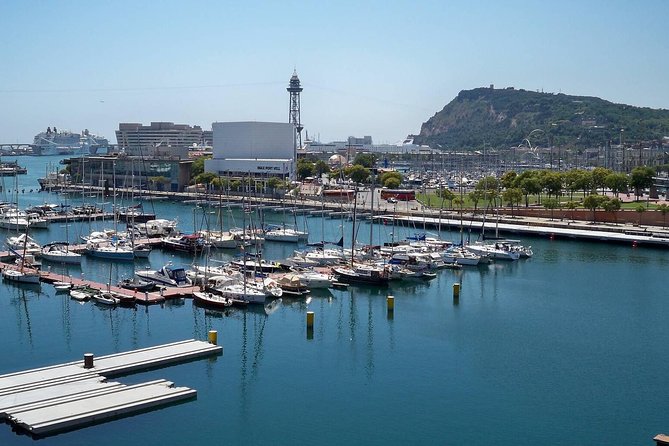 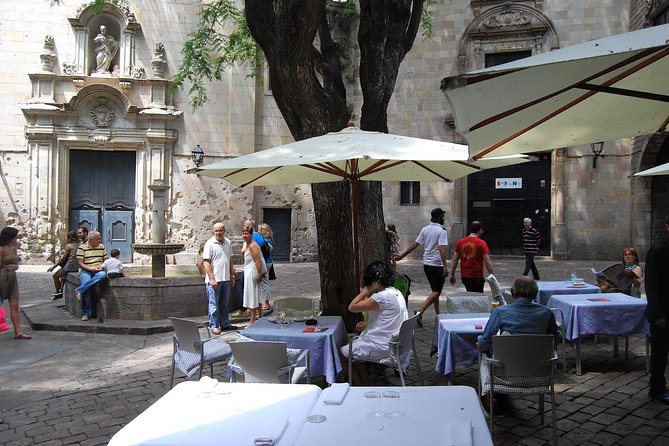 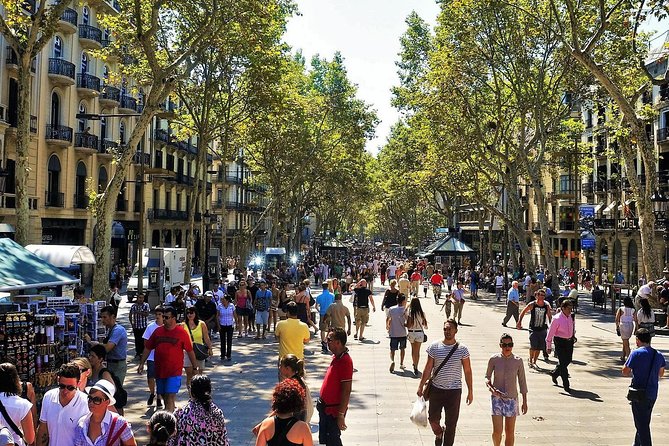 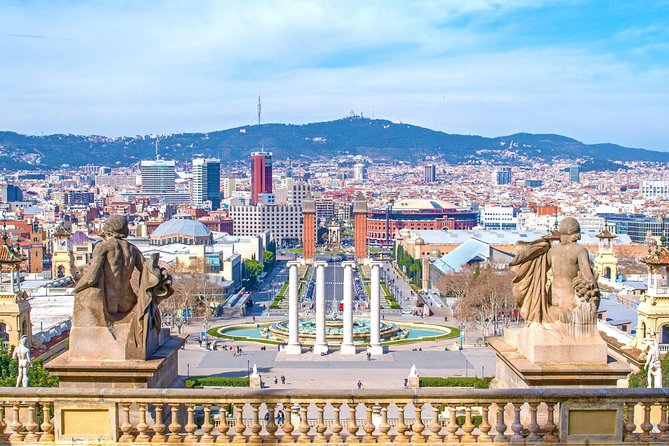 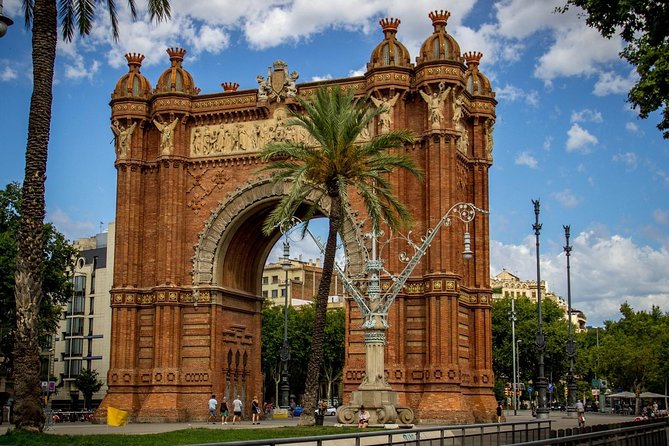 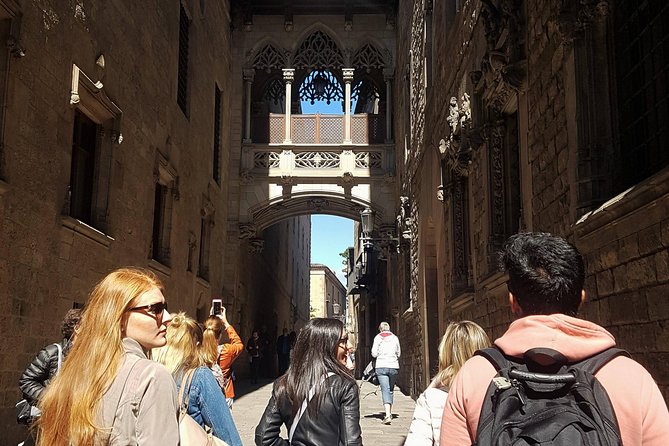 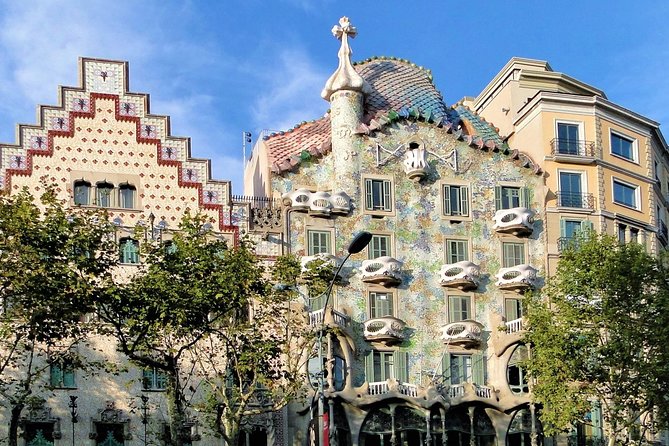 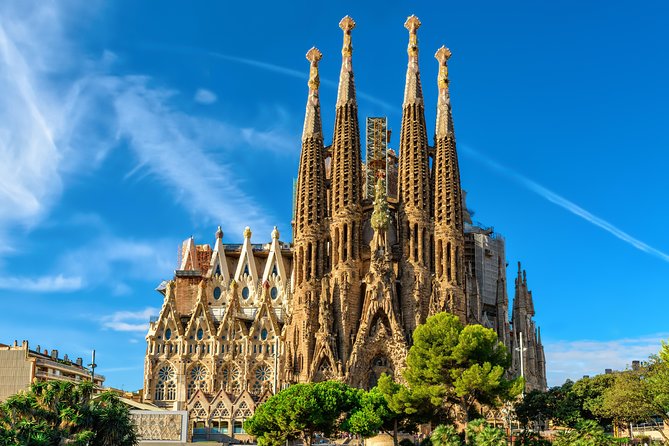 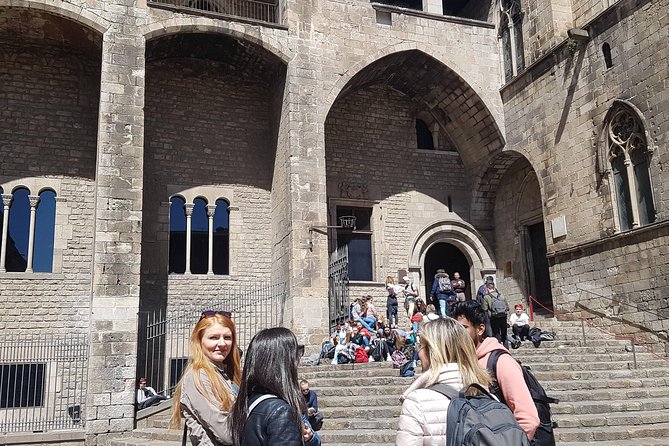 Marvel over La Sagrada Familia, stroll down the vibrant Las Ramblas, and take in the views from Montjuïc hill on this 5-hour tour of Barcelona. With a qualified guide, see the main highlights of the Catalan capital. Explore the fascinating history of the Gothic Quarter and admire the modernist architecture along the Passeig de Gracia. End the day at the breathtaking la Sagrada Famila. Round-trip hotel transport is included, and group size is limited to 8 people for a personal experience.

Get picked-up by your guide at your accommodation in Barcelona. Once the pick-up is completed, the guide will take you to the first stop of your tour. You will start on the Montjuïc Mountain, from where you will enjoy the superb panoramic views of the city. Montjuïc, originally used as a strategic place to protect the city against attacks, is now home to the famous Miró foundation and the Caixa Forúm. These and other buildings on the hill, perfectly illustrate examples of modern art and contemporary architecture. The Montjuïc also includes examples of town planning and architecture especially drawn for the 1929 International Exhibition.

Further on, you will head to Barcelona’s waterfront, passing by famous city sights. Drive through Las Ramblas, a very famous avenue, home to many bars, restaurants and shops.

Along the way, you may pass by the most known covered market of the city, La Boquería.

The market offers a great variety of fresh products of good quality. On this market, you can feel the gastronomic traditions of the Catalan people through its colorful and exuberant posts, or learn where the worldwide famous Iberian cured ham comes from.

Pass by the Barceloneta, once the home of fishermen, people associated with the fishing trade and the metal industry, and nowadays one of the city's most visited and popular districts. The neighbourhood, with its narrow, rectilinear streets, was built on a military grid structure to provide accommodation for the former inhabitants of La Ribera who had lost their homes due to the construction of the Citadel Park.

Continue the day by making a walking tour through the medieval part of the city. Enjoy a stroll in the Gothic Quarter, known as one of the districts that are part of Ciutat Vella, the old town of the city. In Ciutat Vella, where the history of Barcelona began, you will experience modernity woven with Roman and medieval imprints. There you will learn about the Catalan traditions and Barcelona’s origins, while exploring the enchanting corners, picturesque plazas and the narrow alleys of the Gothic quarter.

Along the walking tour, you will experience the Plaça Reial as a sparkling square with a very warm atmosphere.

As you explore Barcelona's Gothic Quarter you'll come across one of the city's best-kept secrets. Inside a small medieval courtyard, the four columns from the Temple of Augustus have survived despite the passing of the centuries. They are more than 2,000 years old, like Barcelona itself.

Pass by the Barcelona Cathedral and discover its façade and the combination of Romanesque, Gothic and neo-Gothic styles due to the fact that it was built over six centuries. Funded by donations from the medieval brotherhoods and guilds, the building work in Santa Creu commenced in 1298 and was completed around 1890, following the original plans, in the neo-Gothic style.

The romantic, slightly faded Plaça Sant Felip Neri is an unmissable corner of the Gothic Quarter. Presided over by the baroque church from which it takes its name, the square features a number of historic elements that make it particularly attractive.

Along the way, pass through Passeig de Gràcia, with its typical Catalan architecture. The avenue is home to the most remarkable façades of modernist buildings, including Gaudi’s La Pedrera, Casa Batlló and Domènech's Casa Lleó - Morera or Casa Ametller.

Informacion Adicional
"Confirmation will be received at time of booking, unless booked within 5 days of travel. In this case confirmation will be received within 48 hours, subject to availability"
"A maximum of 8 people per booking"
"Not wheelchair accessible"
"Stroller accessible"
"Service animals allowed"
"Near public transportation"
"Infant seats available"
"Most travelers can participate"
"This tour/activity will have a maximum of 8 travelers"

Duration: 5 Hours
Start location: Traveler pickup is offered
- We will pick you up from any hotel or apartment in Barcelona. Please make sure to include the address of your accommodation when booking.
- Even if your Hotel is not listed, you can type it down in the field.
- Pick-up time will be between 8 and 9 am. We will send a message 24 hours prior departure through the booking system to inform you on the specific pick-up time at your hotel as well as the name of your guide and the telephone number.

Montserrat Tour From Barcelona With Lunch And Wine Tasting

Barcelona To Montserrat Day Tour With Tapas And Wine Tasting