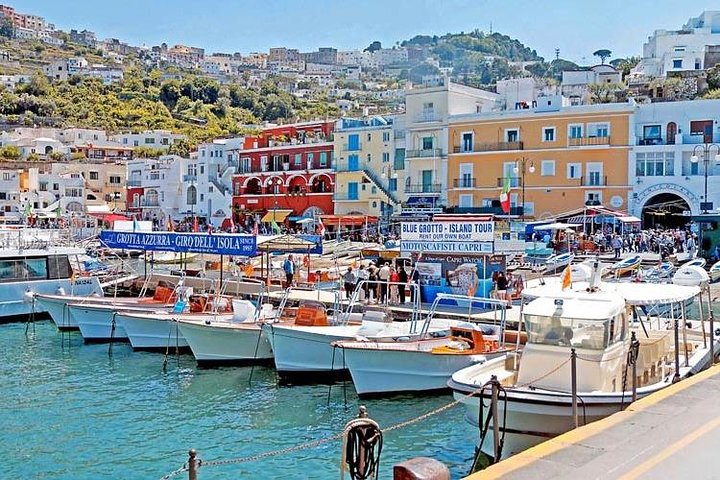 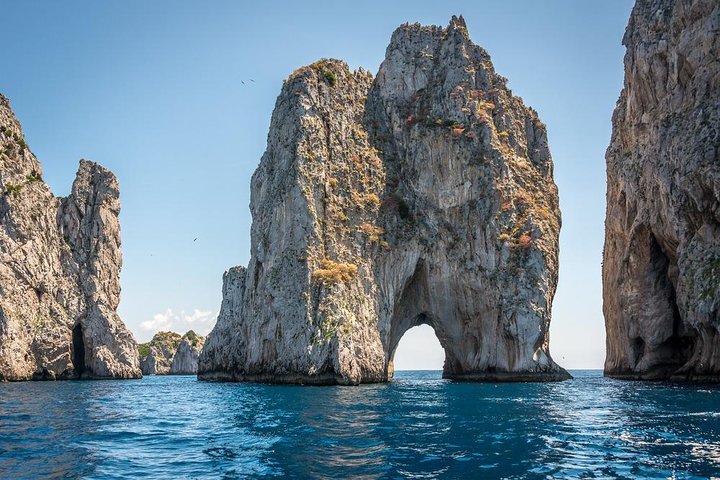 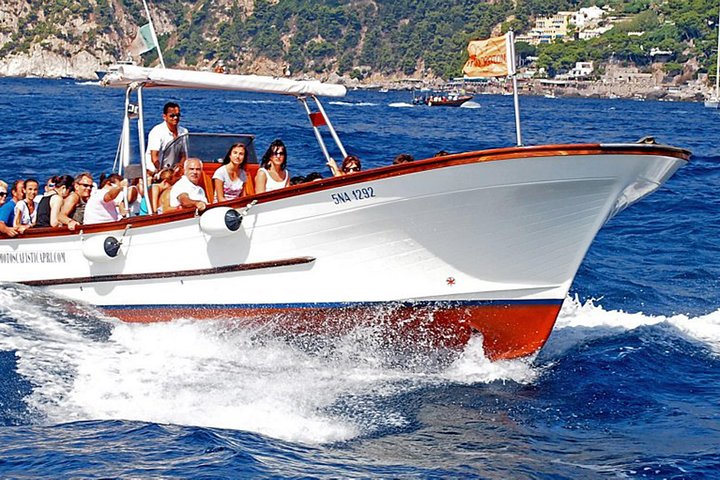 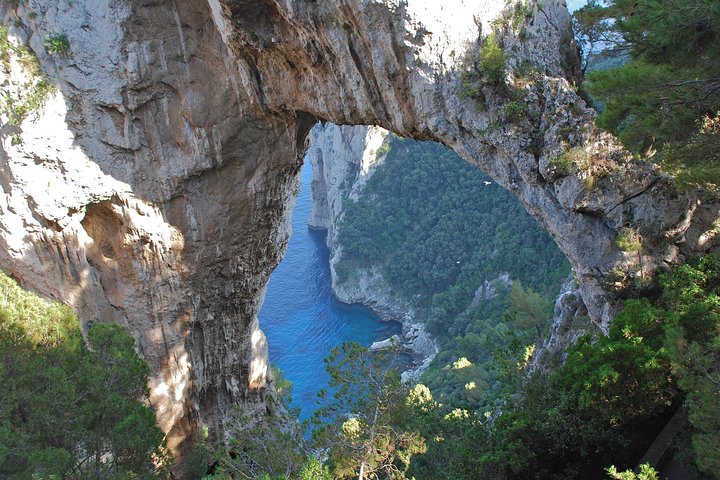 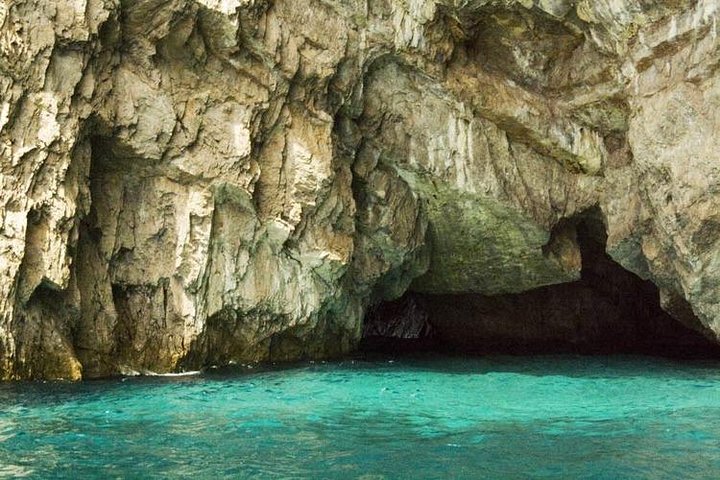 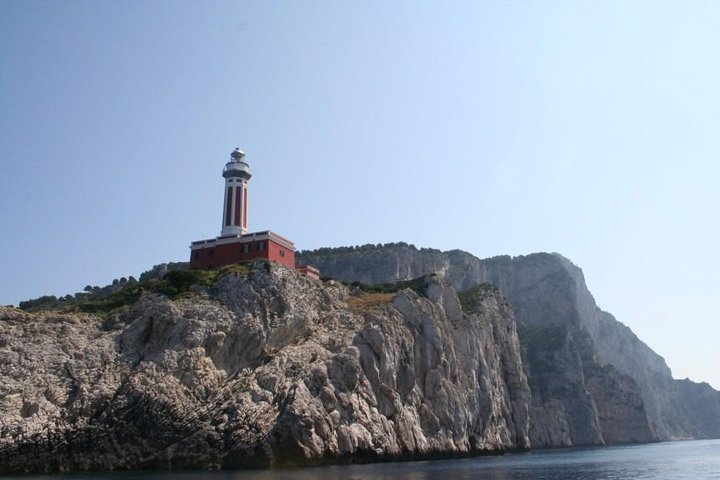 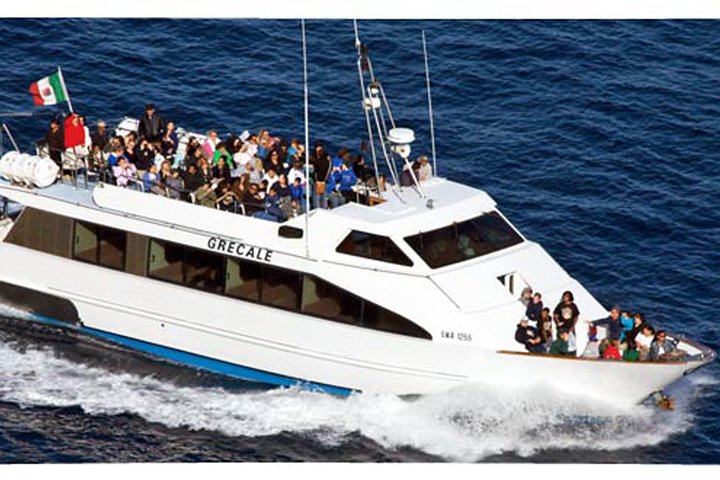 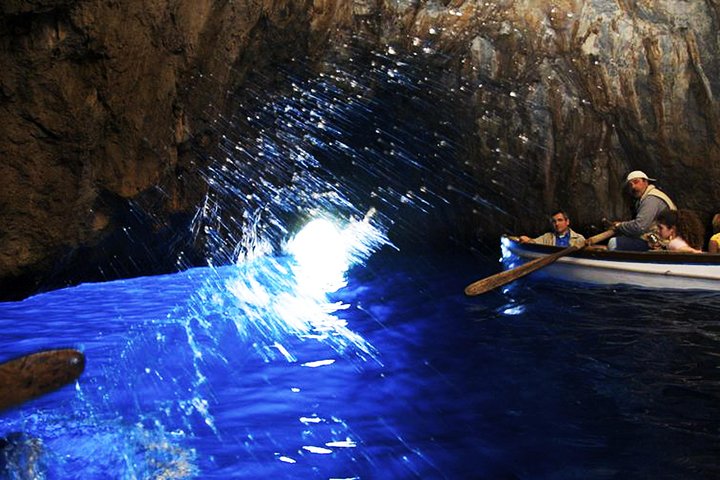 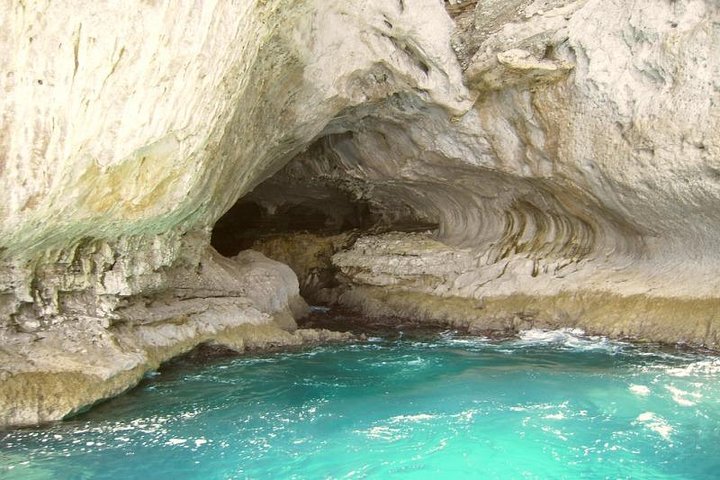 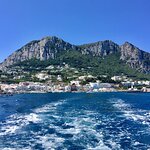 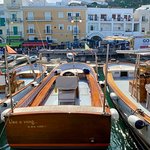 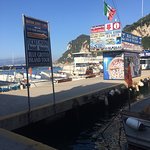 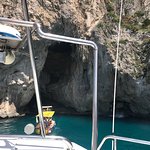 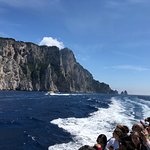 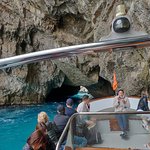 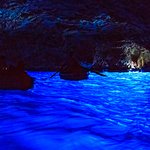 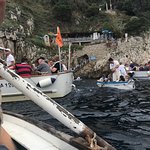 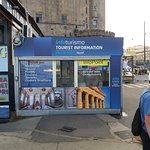 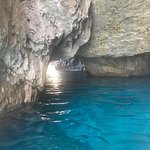 From Marina Grande we'll sail you all around the island to see the subjects of the most famous postcards of Capri:
Scugnizzo statue, White grotto, Natural Arch, Casa Malaparte, Faraglioni rocks and all the other Capri sea caves, including the world famous Blue Grotto.

Show up at dock n. 0 in the port of Capri. You will be boarded on the first departure available.

is visible on a large boulder overlooking the sea the bronze statue Of “Gennarino, O ‘Scugnizzo di Capri”. The statue of Gennarino is also called the statue of welcome, the tradition that greet, above all, the women who come to Capri by sea.

Suspended above the turquoise sea, this huge rock has been naturally cut into the shape of a gigantic arch that resembles an elephant.

is a house on Punta Massullo, on the eastern side of the isle of Capri, Italy. It is one of the best examples of Italian modern and contemporary architecture.

The house was conceived around 1937 by the well-known Italian architect Adalberto Libera for Curzio Malaparte.[2] Malaparte actually rejected Libera's design and built the home himself with the help of Adolfo Amitrano, a local stonemason.

It derives its name from white incrustations of calcareous matter upon its sides, and from clusters of white stalactites which hang from the roof and fringe the entrance. The cave faces east and is situated near the Punta della Chiavioa. The entry, about 70–80 feet (21–24 m) high, leads into upper and lower caves, of which the former is not easily accessible. The lower cave can be entered by boat for a short distance. Unlike most other caves at the water-level, it is much broader at approximately 6 feet (1.8 m) above the water than actually at the surface. The total height is no more than 24 feet (7.3 m). The upper erosion line is clearly marked near the cave and within it. The upper cave seems to belong to an earlier period.[1]

According to the book The Sicilian by Mario Puzo, the Grotta Bianca is where Salvatore Giuliano, the famous Sicilian bandit, stayed during his first nights as an outlaw after shooting dead an armed national policeman. Although the book is dramatized, many believe some information in it is true, with regards to Giuliano

The sunny south side bay of the island

The green light upon the rocks stems to be a composite effect due to blue light reflected and transmitted from the water, playing upon the yellowish-hued sides and roof of the cave

Entrance by rowing boat not included nor guaranteed. Sea must be very calm and tide low.
If the waiting time is over 45 minutes the crew reserves the right to go back to the port. A free ride to use later in the day is than granted.

Pass By: I Faraglioni, End of Via Tragara, Capri, Island of Capri Italy