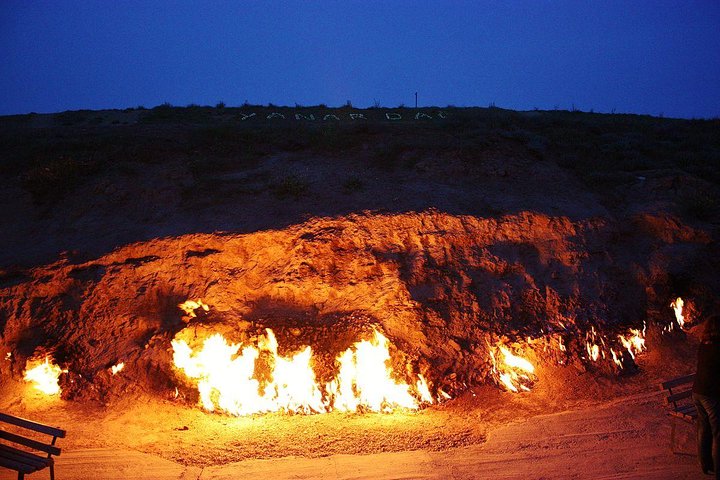 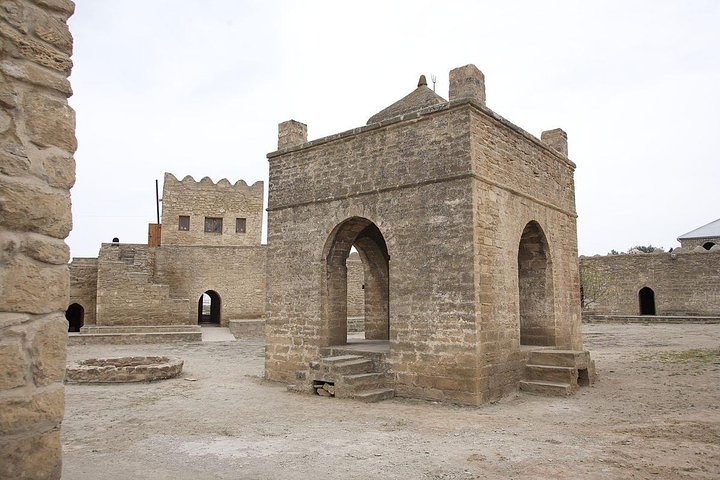 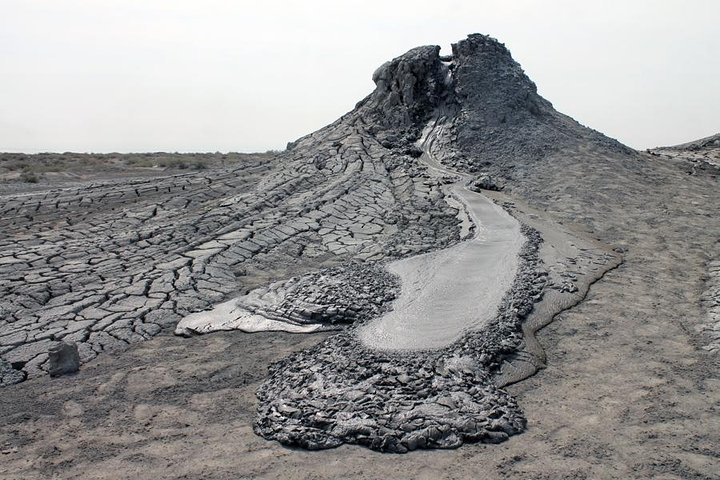 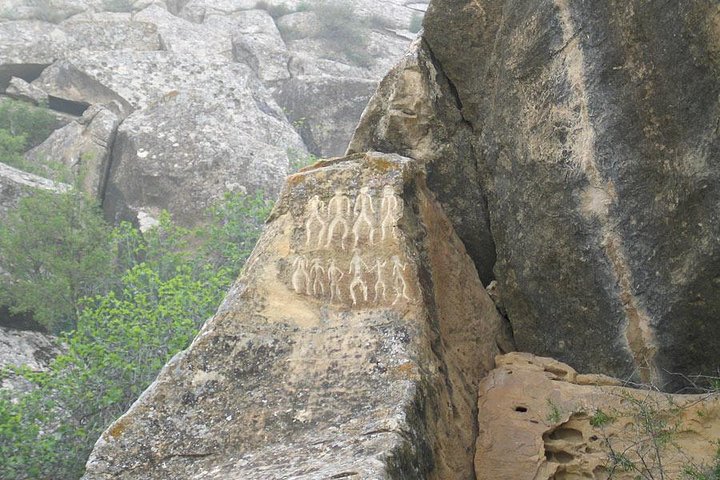 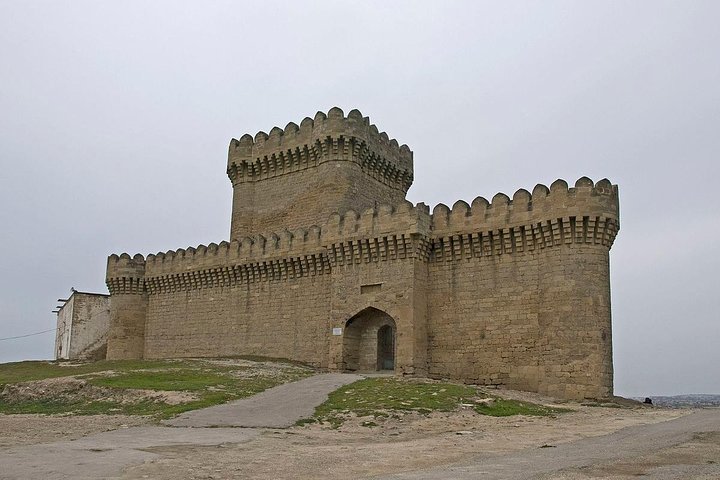 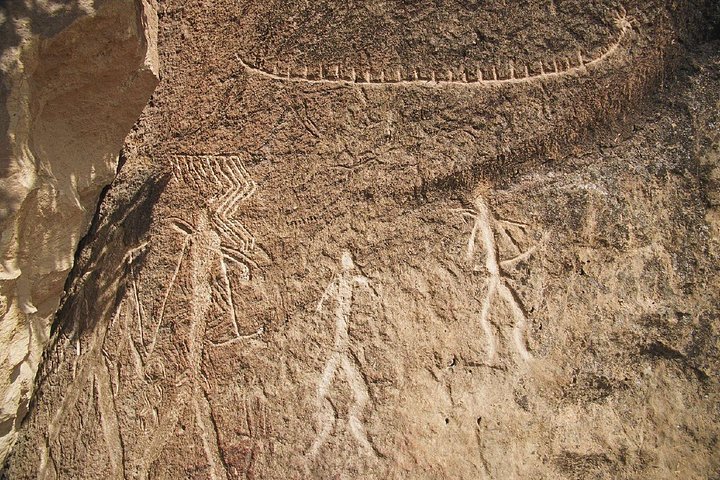 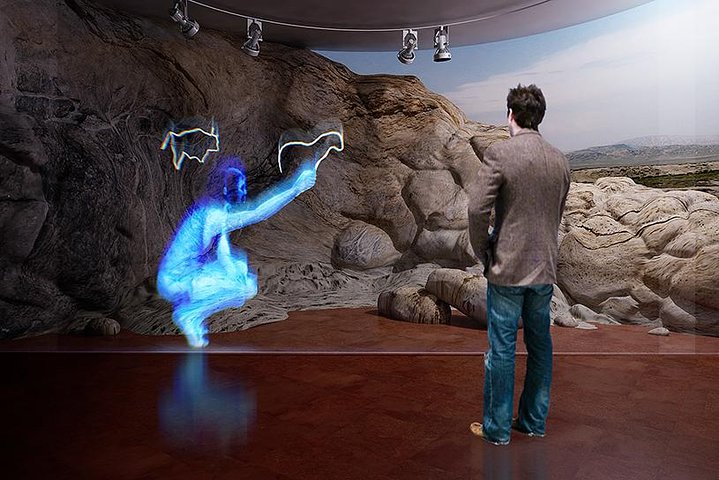 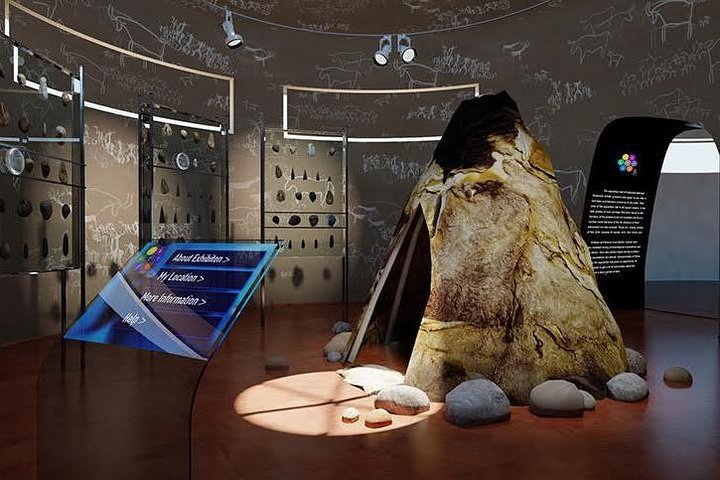 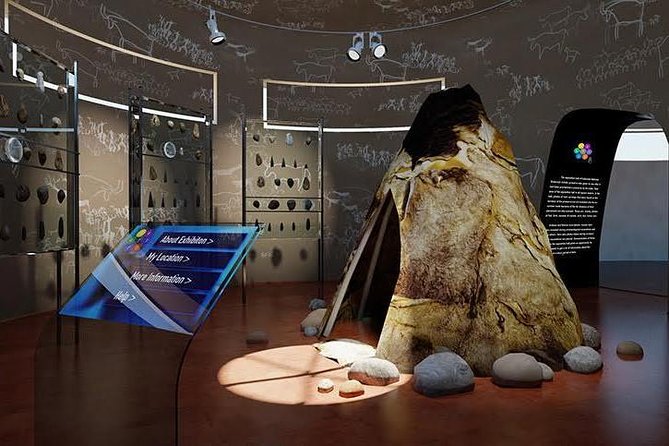 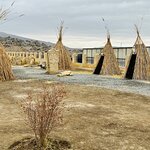 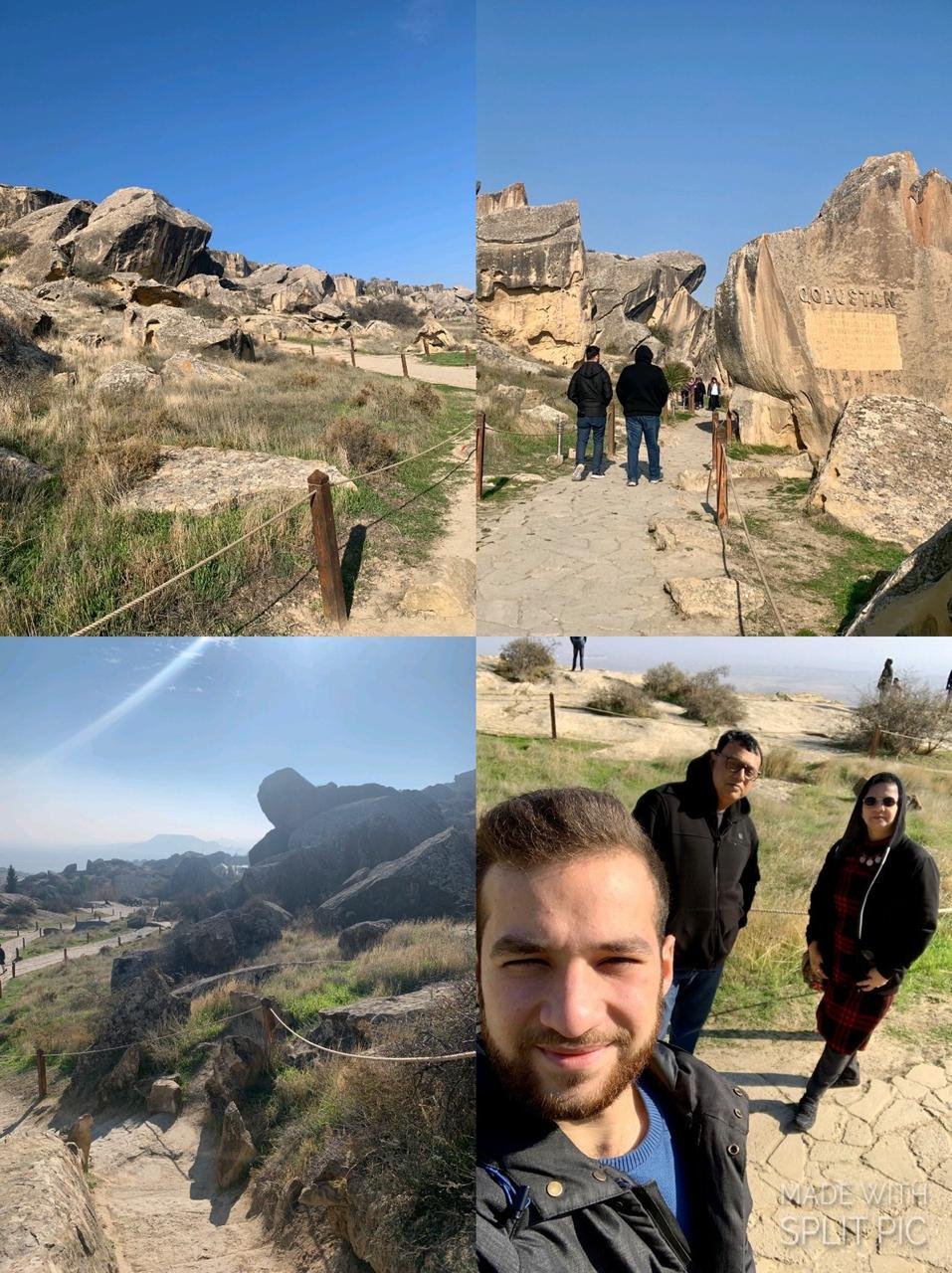 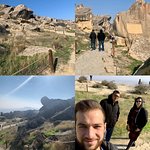 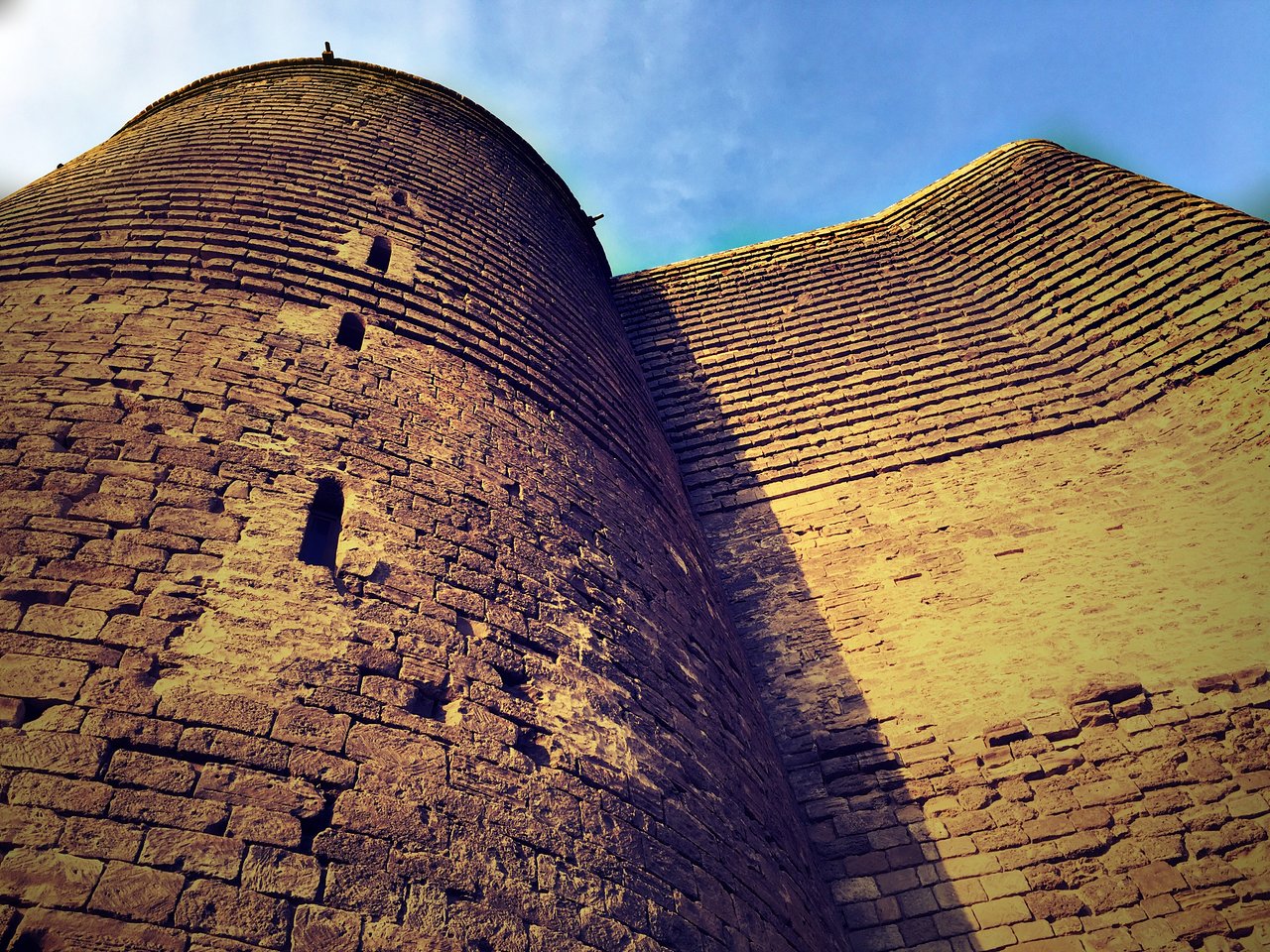 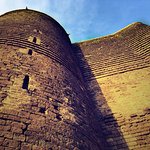 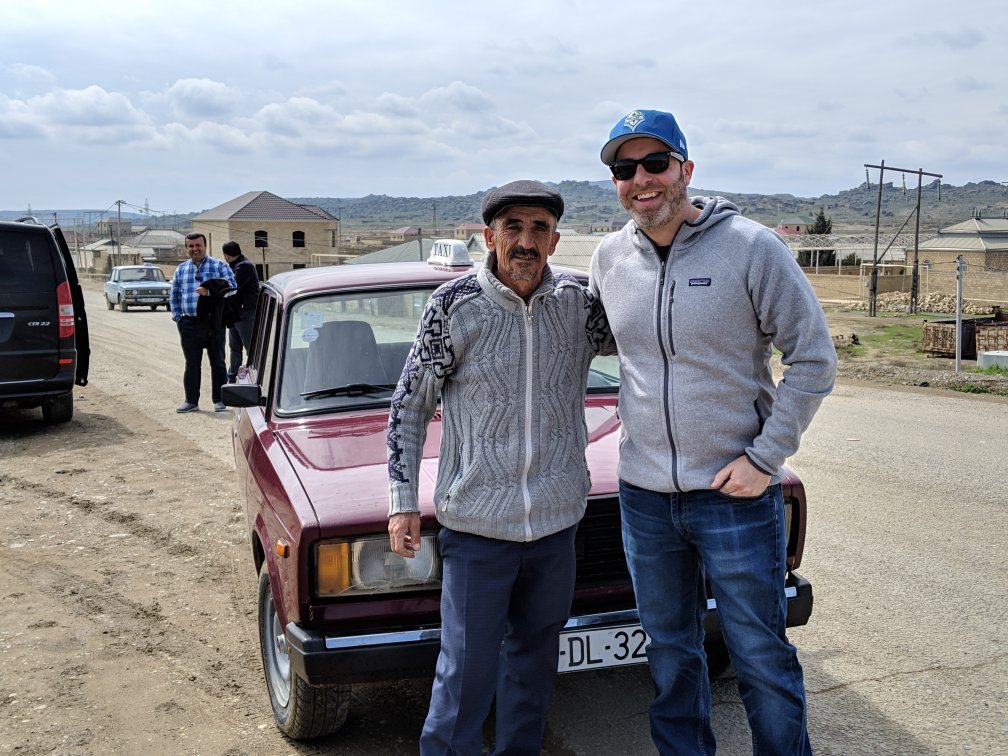 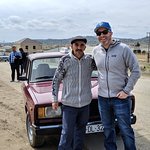 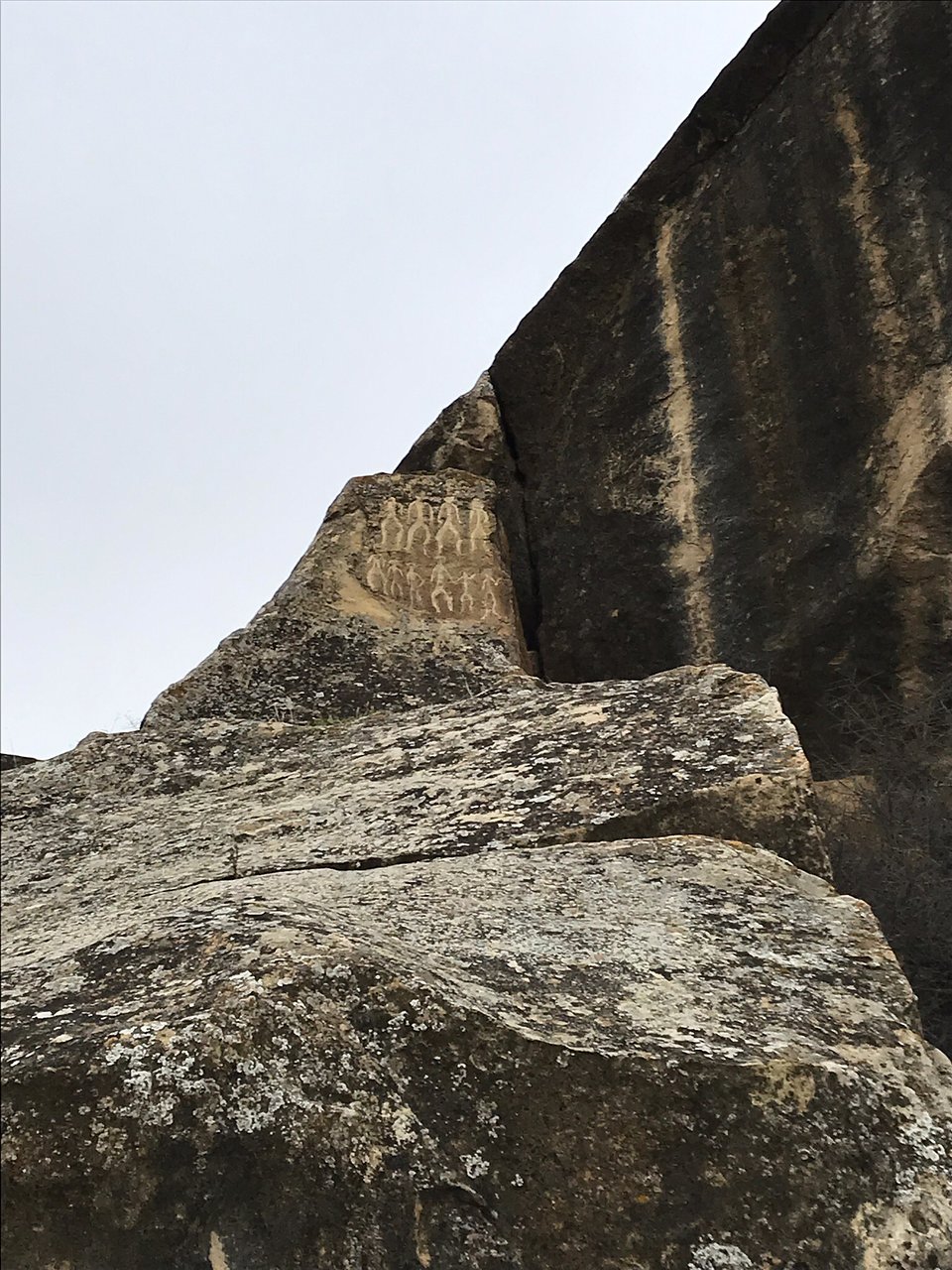 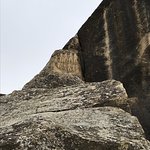 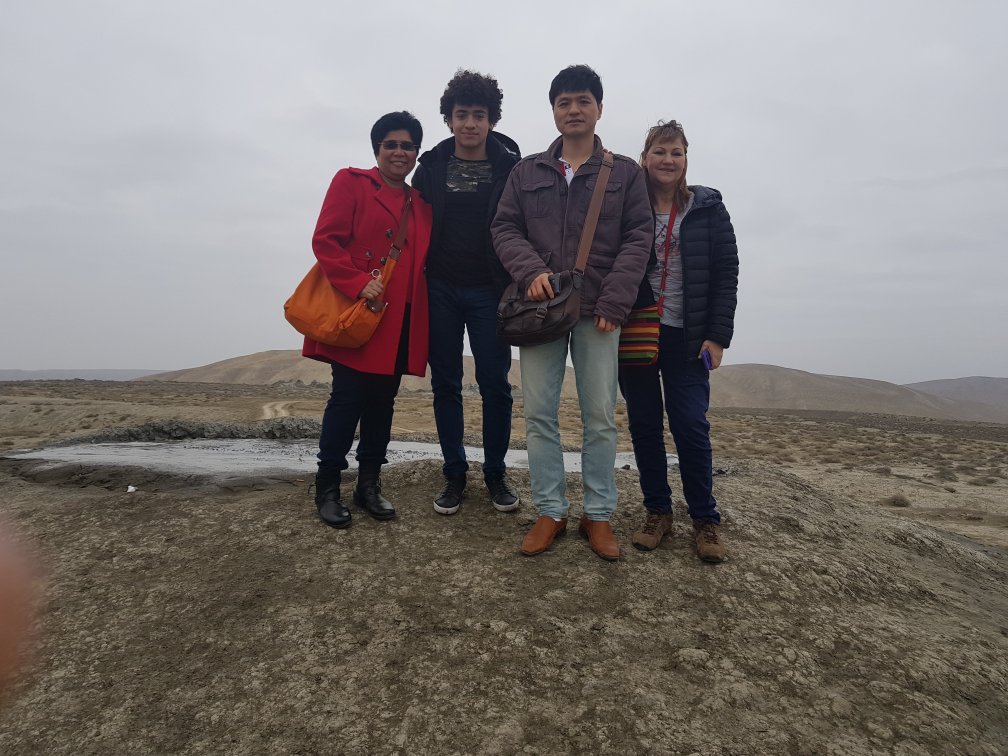 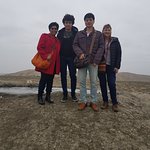 During this special Full day Gobustan and Absheron side tour all the museum and entrance fees, also lunch at restaurant will be included.This special 5hour tour to Gobustan is especially designed for tourists and visitors who are interested in Stone Age period of humanity, Unesco’s World Heritage and history, also tourists will have chance to see a group of mud volcanoes. Over a thousand mud volcanoes are known to exist in the world and some 400 of those are in coastal are in Azerbaijan. After having lunch at Traditional Restaurant tour will continue to Absheron Peninsula including Burning Mountain, Fire Temple and Castle Village

Gobustan Rock Art Cultural Landscape covers three areas of a plateau of rocky boulders rising out of the semi-desert of central Azerbaijan, with an outstanding collection of more than 6,000 rock engravings bearing testimony to 40,000 years of rock art.

Gobustan State Reserve is very rich in archeological monuments, the reserve has more than 6,000 rock carvings, which depict primitive people, animals, battle-pieces, ritual dances, bullfights, boats with armed oarsmen, warriors with lances in their hands, camel caravans, pictures of sun and stars, on the average dating back to 5,000-20,000 years.

The Baku Ateshgah was a pilgrimage and philosophical centre of Zoroastrians from Northwestern Indian Subcontinent, who were involved in trade with the Caspian area via the famous "Grand Trunk Road". The four holy elements of their belief were: ateshi (fire), badi (air), abi (water), and heki (earth). The temple ceased to be a place of worship after 1883 with the installation of petroleum plants (industry) at Surakhany. The complex was turned into a museum in 1975. The annual number of visitors to the museum is 15,000.

see Haydar Aliyev Center on the way to Yanardagh

see Socar Tower on the way to Yanardag

Yanar Dag is a natural gas fire which blazes continuously on a hillside on the Absheron Peninsula. Flames jet into the air 3 metres (9.8 ft) from a thin, porous sandstone layer.Administratively.

Informacion Adicional
"Confirmation will be received at time of booking"
"Not wheelchair accessible"
"."
"Service animals allowed"
"Near public transportation"
"Infants must sit on laps"
"Infant seats available"
"No heart problems or other serious medical conditions"
"Travelers should have a moderate physical fitness level"
"This experience requires good weather. If it’s canceled due to poor weather, you’ll be offered a different date or a full refund"
"This experience requires a minimum number of travelers. If it’s canceled because the minimum isn’t met, you’ll be offered a different date/experience or a full refund"
"This is a private tour/activity. Only your group will participate"