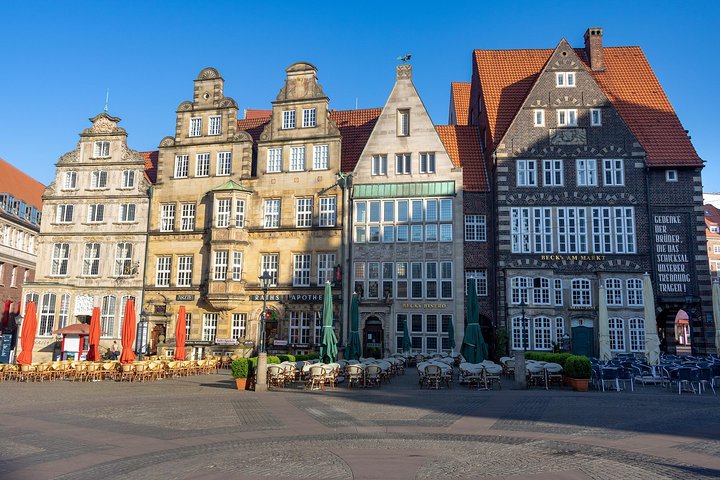 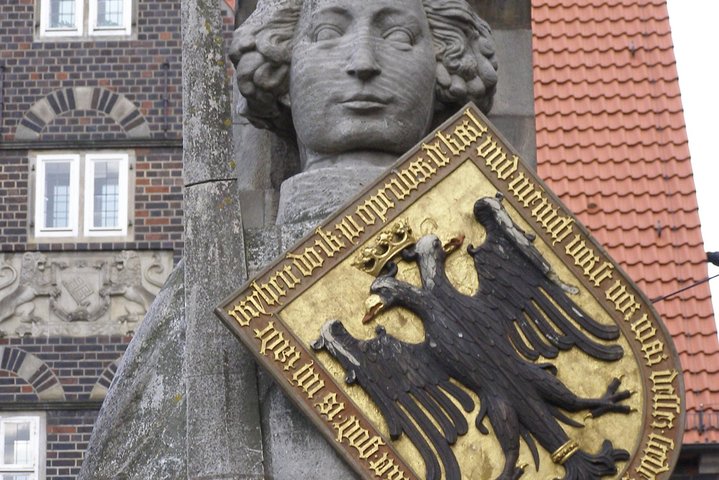 In this tour you will get to know the following places:
* The Fairy Tale of Bremen Town Musicians
* The oldest public city square
* The Town Hall which is listed as the World Heritage Site
* The features of Statue of Roland
* The 100 meter street (Böttcherstraße) where the coopers make their barrels.
* The Schnoor neighbourhood where once, sailors, fishermen and artisans lived.
* Why the Weser River is an important transportation Route for Bremen?

Market Square - See the oldest public square of the city.

Stone Statue of Roland - Get to know about the rights and privileges of the European towns of the second millennium.

Visit the Town Hall, which is registered as a UNESCO World Heritage site.

Schnoor Quarter - Visit the Schnoor neighbourhood in the medieval center of the city.

Visit the 100 m long street in the historic town center, which is famous for its architecture and landmarks.

Weser River Street - Visit the major river of Western Germany, which is an important transportation route from Bremen.

Sculpture of the Bremen Town Musicians - Learn about the fairy tale recorded by the Brothers Grimm, which tells the story of four aging domestic animals, who offered a lifetime of hard work to their masters but were neglected and mistreated by their masters. Later on, they decide to escape and then become the town musicians of Bremen.