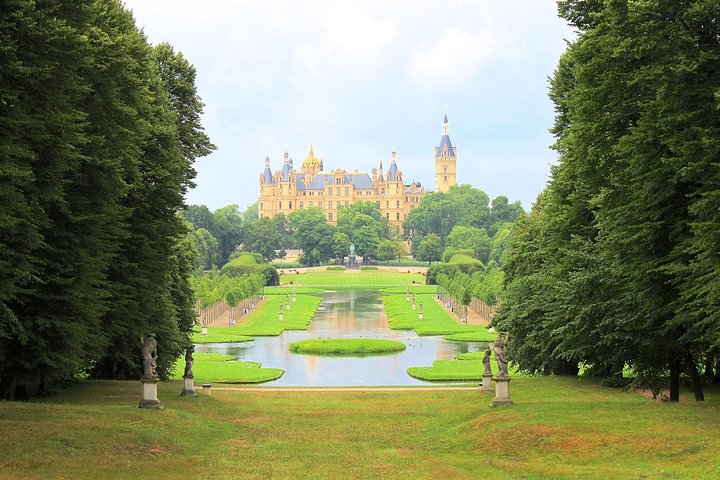 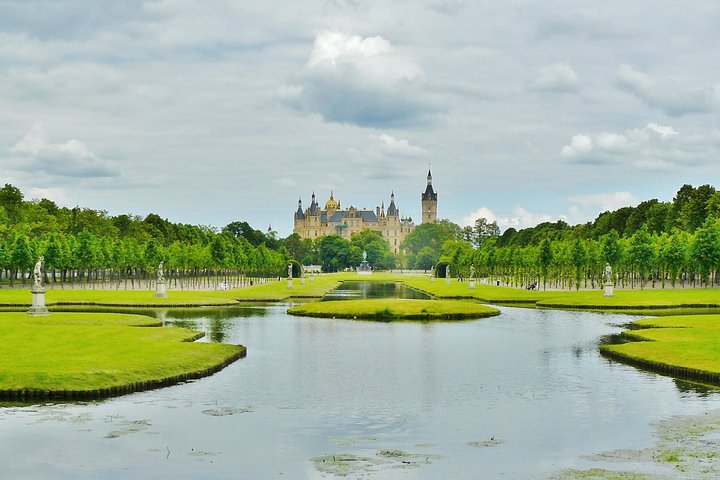 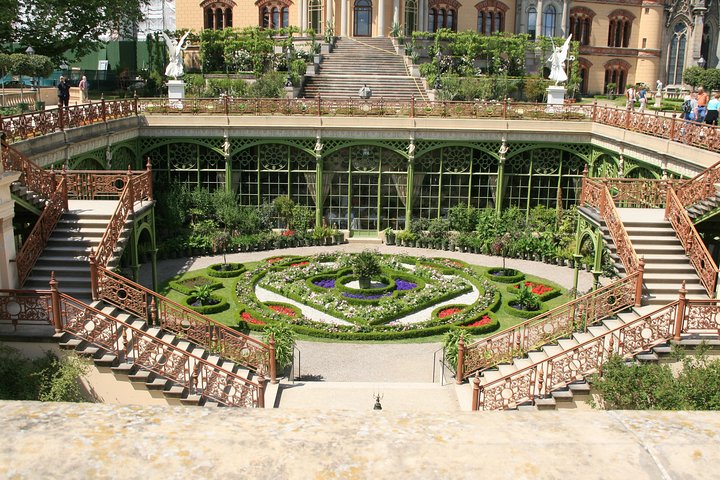 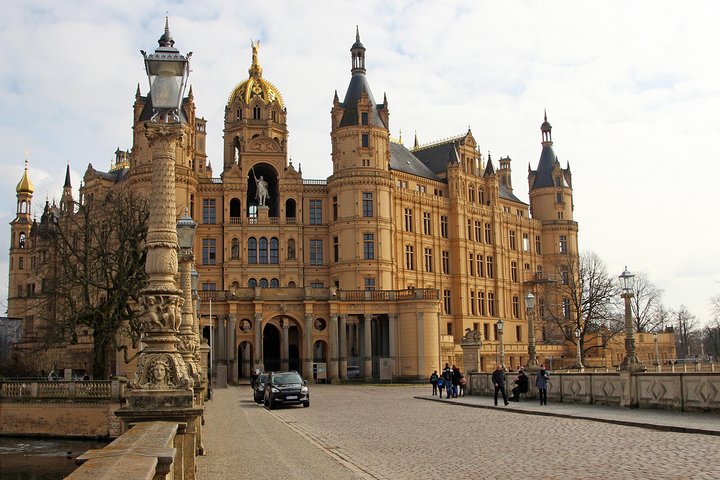 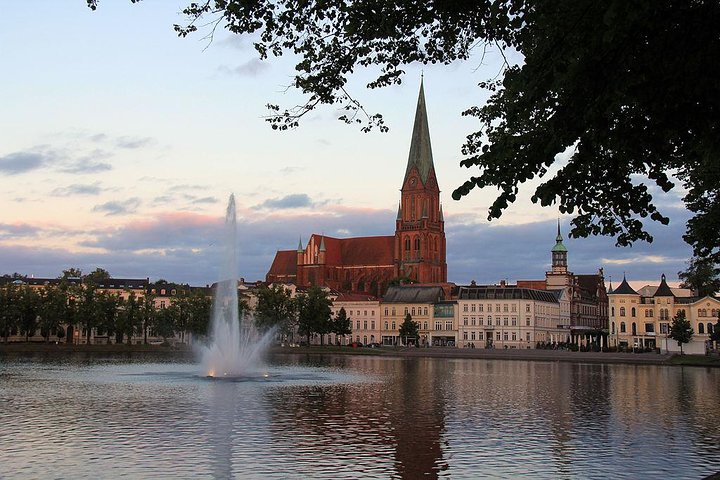 Schwerin is regarded as the oldest city of Mecklenburg-Vorpommern. With fewer than 95,000 inhabitants it is also the smallest German state capital. In this tour, we will also cover, for which the city is famous for, the romantic Schwerin Palace which is situated on an island in the Lake Schwerin.

Market Square - On the eve of the 800th day of the death of Henry the Lion (founder in the city), the Lion Monument was placed on the square of the Marktplatz. This stele lion sculpture is situated on the north side on the platz and was made by Peter Lenk (Konstanz sculpture) in 1995. The funding of this monument was given by the bank.

Cathedral - We next move to the Schwerin Cathedral which was built in 1260-1416. In a Brick Gothic style, this cathedral is made up of baked red bricks. As we move towards the top of the building, a 360 degree view of the city is visible to its viewers.

Old Garden Square - Our next stop will be the Alter Garden. It is framed by magnificent buildings and two lakes flowing besides it (the Lake Schwerin and Lake Burgsee). This Garden was built under the rule of the Duke Johann Albrecht (1556-1576), it also consists of a stud farm and race track in its souther area.

Further, we move to the Schwerin Palace (in German, Schweriner Schloss), which is known for its romantic historicism and is also listed as a world heritage site. Formerly it served the purpose of a fortress, but under the rule of Duke Johann Albrecht it went through major changes and later transformed into a palace. (Closed on Mondays)

State Museum - Our last stop will be the State Museum, which is famous for its medieval art gallery and the 17th- century Dutch and Flemish collections. It consists of 90 works of the most significant collections of French-American artist Marcel Duchamp. (Closed on Mondays)