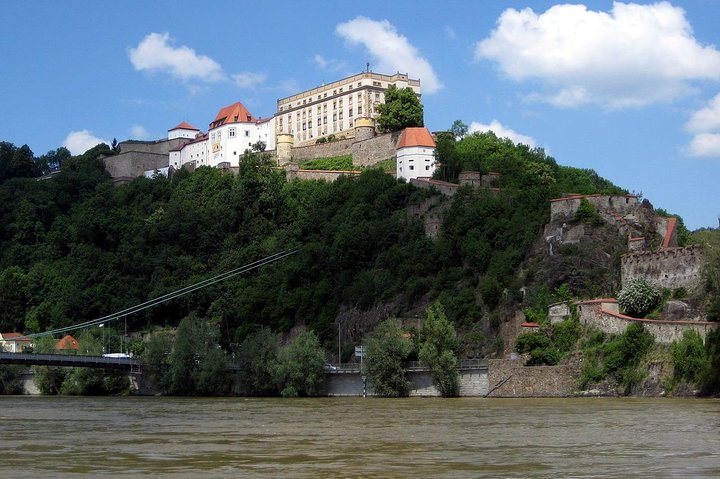 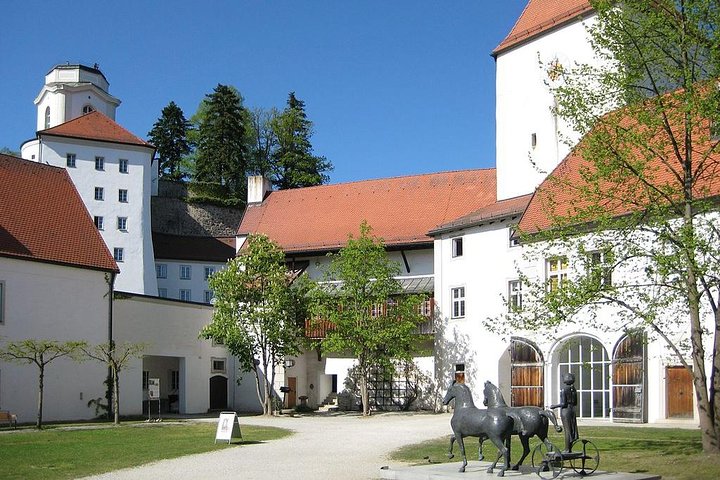 During this tour, you will see the Castle along with the St.George’s Chapel and the viewpoint “Linde Battery", a viewpoint to see the three rivers of Passau.

Start your tour at the Veste Oberhaus which is a fortification built with military construction which now serves as a museum, a youth hostel, and a restaurant, as well as an open-air theatre. This was built by the first Prince-Bishop of Passau (Ulrich II) in the year 1219. This fortress has a history of being attacked by its own rebellious citizens of the city, although unsuccessful in each attempts.

This fortress is located on the St. Georgsberg Mountain which is 105 meters (344 ft) high above the bottom of the valley in between Danube and the Ilz, having surrounded by steep cliffs.

The dedicated St. George's Chapel is of the soldier of Palestinian and Greek origins who was a member of the Praetorian Guard for Roman emperor Diocletian. As refusing to recant his Christian faith, he was sentenced to death, but later, became one of the most dignified saints and megalo-martyrs in Christianity.

We then go on to the Linde Battery terrace, which offers a great viewing sight of Dreiflüsseeck (three rivers corner), the confluence of the Inn, Danube and Ilz. Also, the three colour variants of the rivers meeting together is easily distinguishable to its viewer.