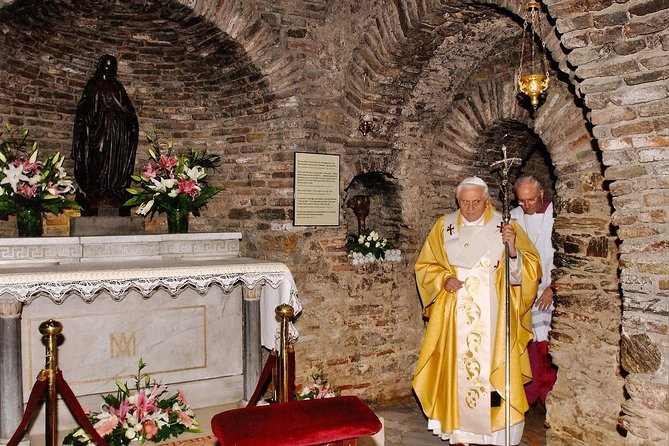 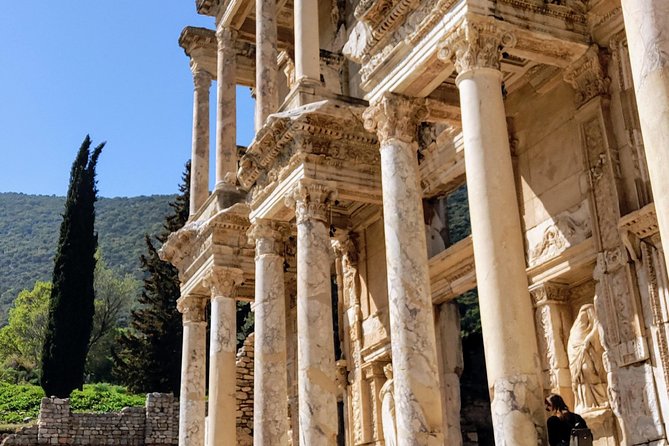 Meeting with our tour guide at hotel lobby / Kusadasi port with EPHESUS SHUTTLE sign at pre-arranged time. We will have 20 mins drive to Ephesus area. Visit to the ancient city of Ephesus, walking in the footsteps of Alexander the Great, Caesar, Cicero, Apostles Paul and John and many other familiar historical names. Next stop is The House of Virgin Mary A lovely chapel is constructed on the site tended by Franciscans and open to visitors. It has been designated a pilgrimage site by the Pope. Our Last stop is The Temple of Artemis to see the remains of one of the Seven Wonders of the Ancient World. Drive back to Kusadasi.

Our guide will meet you at Kusadasi Port / Hotel with EPHESUS SHUTTLE sign. Meeting times are differ for each cruise line. Meeting time will be given during your confirmation.

We will have 10 mins drive to Ephesus. We will start visiting one of the main highlights in Turkey, Ephesus, one of the 12 cities of Ionian League (an ancient Greek district on the western coast of Asia Minor) is located near Izmir. As a port city it was a major departure point for trade routes into Asia Minor.

Walk through history along marble streets lined with wonderful public buildings, among them the Baths of Scholastica, the Library of Celsus; it was built in the beginning of the 2nd century A.D. by Gaius Julius Aquila to be a memorial to his father Gaius Julius Celsus Polemanus, the proconsul of Province of Asia. , the Temple of Hadrian and The Grand Theater are two of the most impressive buildings in Ephesus. Grand theatre was built in 3rd century B.C and it was later expanded to 24.000 spectators by the Romans in the 1st century A.D.

We will have 30 min. drive to The House of Virgin Mary is located on the Aladag Mountains 5 miles away from Ephesus. At the third Ecumenical Council on 431 AD in Ephesus, it was claimed that Mary came to Ephesus with St. John in 37 A.D. and lived there until her death in 48 A.D. After the discovery of the house, the Archbishop of Izmir declared there as a place of pilgrimage in 1892. On July 26, 1967, Pope Paul VI visited this place and prayed there.

Stop At: The Temple of Artemis, Ataturk, Park Ici Yolu No:12, Selcuk Turkey

We will stop at Artemission Temple where used to be one of the seven wonders of the ancient world as our last stop before drive back to your hotel / Kusadasi town center and port.

Drive to Port through Kusadasi Marina. Arriva and the end of services

Informacion Adicional
"Confirmation will be received at time of booking"
"Most travelers can participate"
"No heart problems or other serious medical conditions"
"Not wheelchair accessible"
"Child rate applies only when sharing with 2 paying adults"
"Dress code is smart casual"
"Operates in all weather conditions, please dress appropriately"
"This tour/activity will have a maximum of 16 travelers"

Duration: 5 To 6 Hours
Start location: Traveler pickup is offered
Kusadasi port for Cruise Guests / Your hotel in Kusadasi or in Selcuk