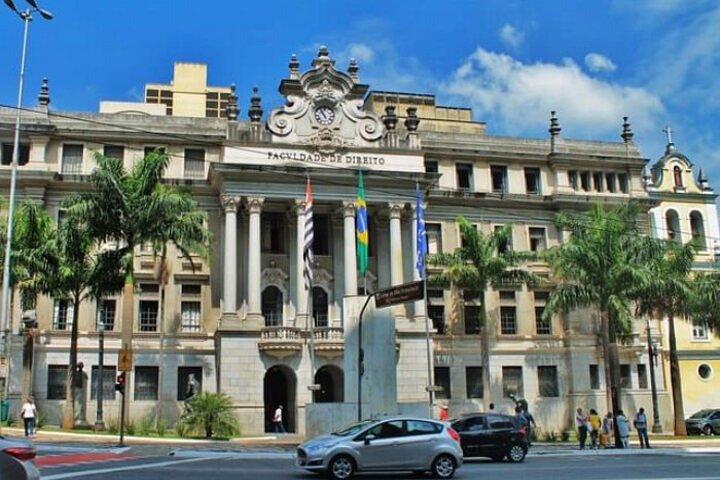 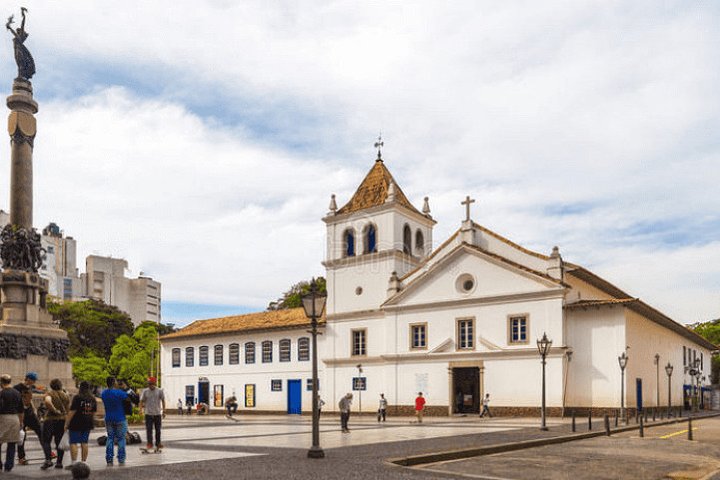 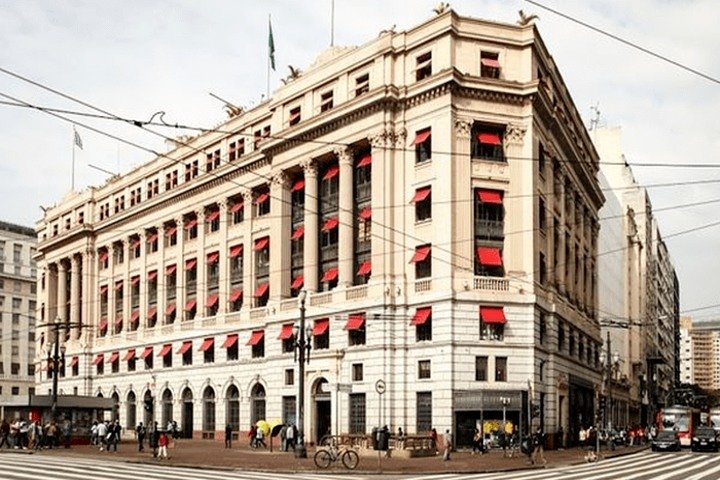 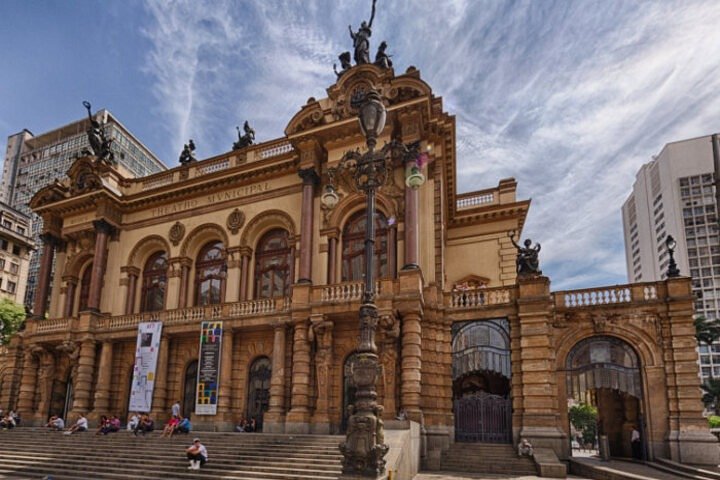 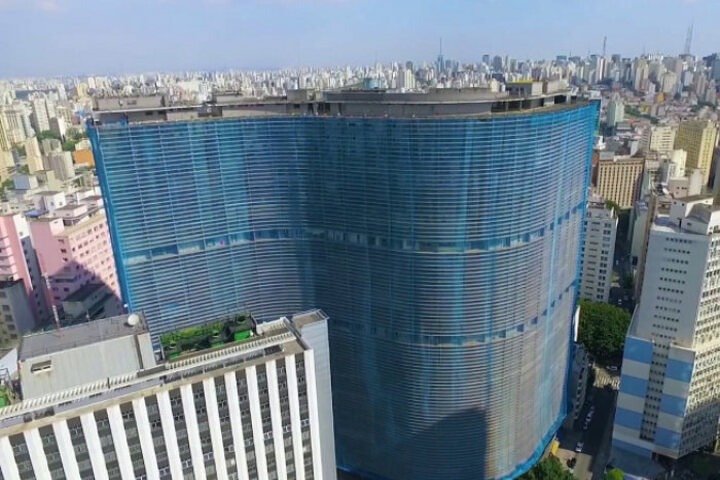 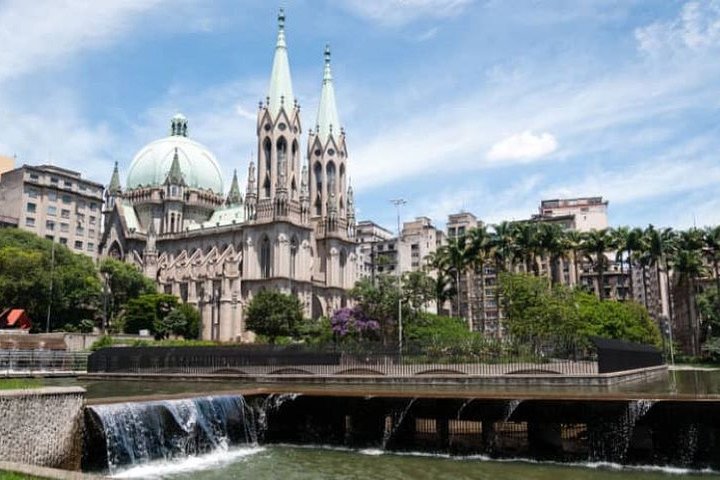 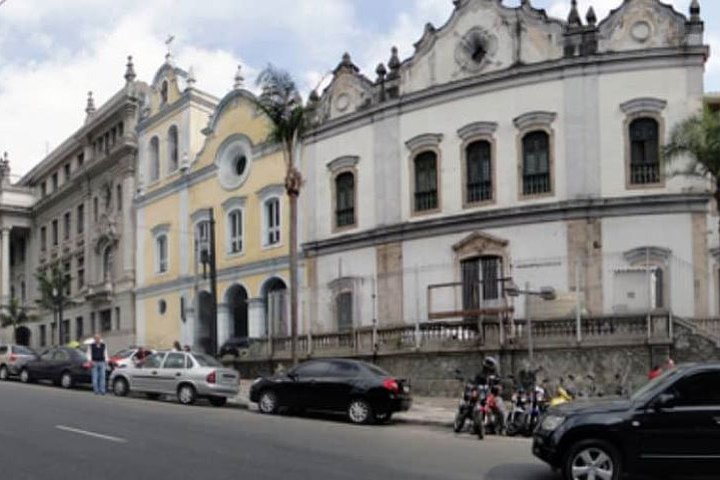 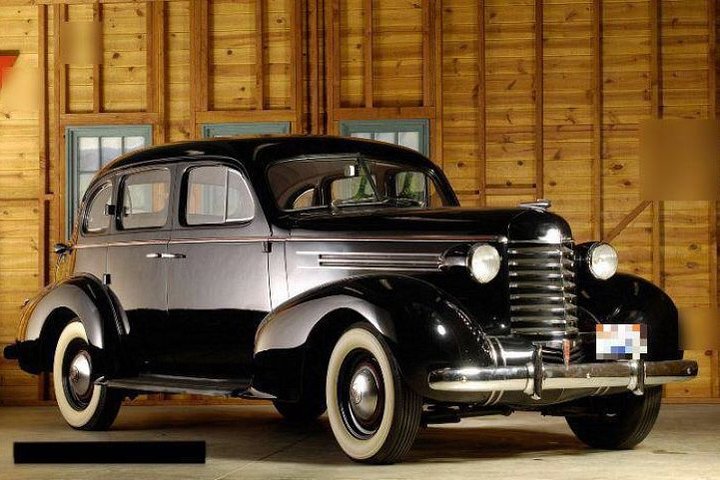 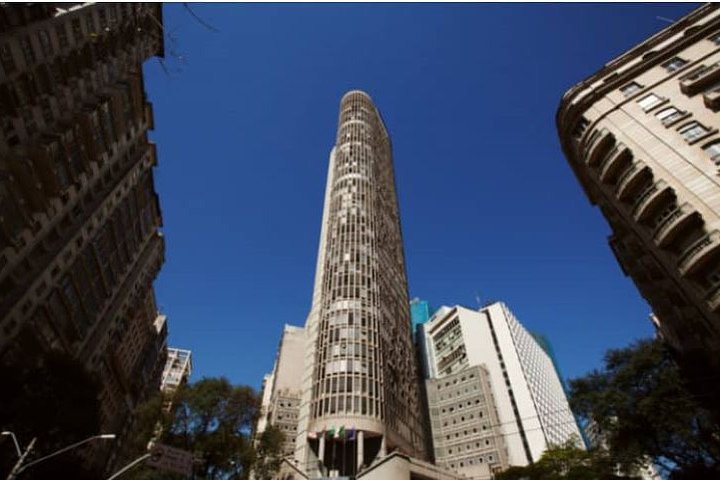 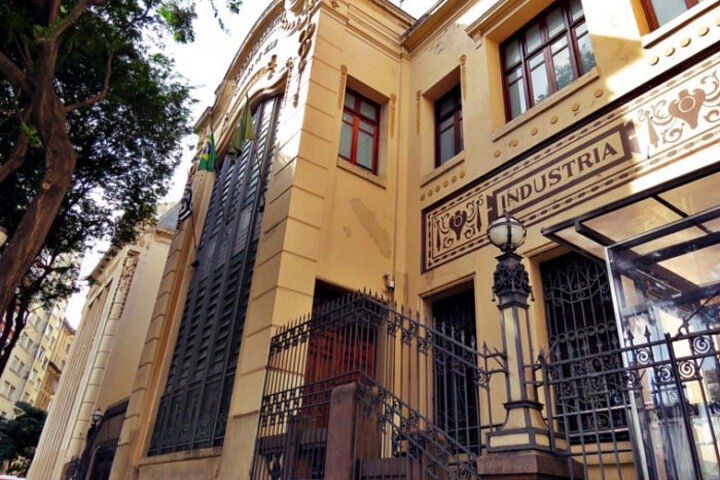 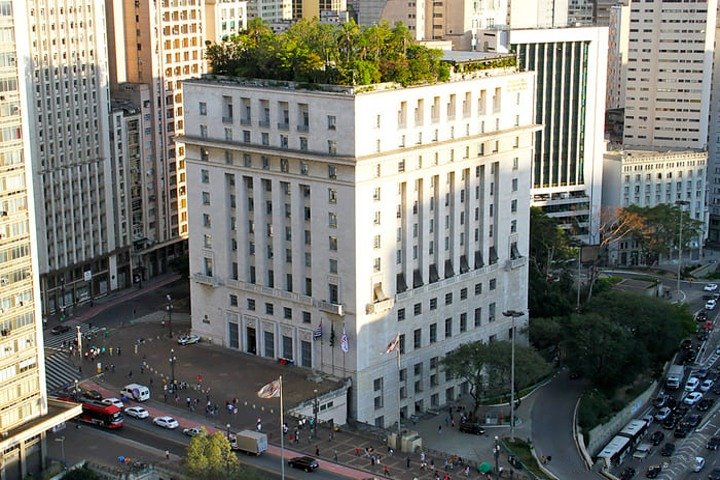 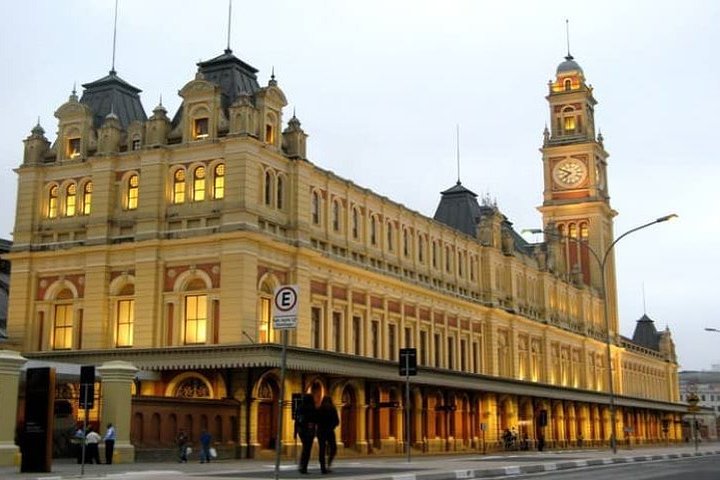 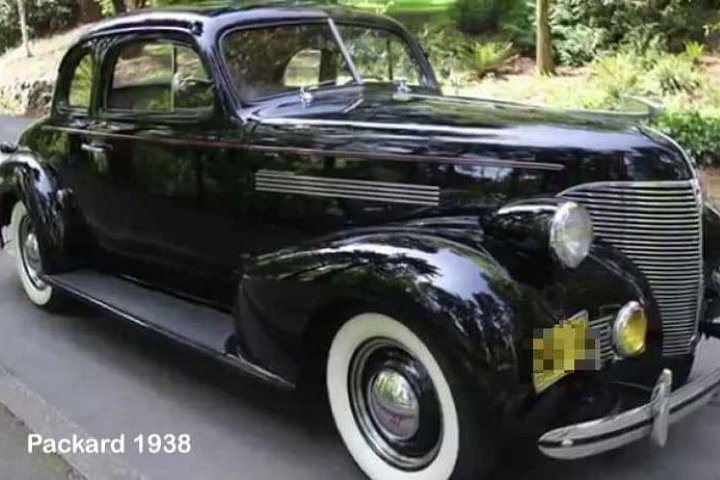 Get to understand the amazing historic process of São Paulo that in 465 years of existence, marked by relative inexpressiveness for more than three centuries, has become the largest city in the Southern hemisphere.

Explore some of the most historically city sites such as Pátio do Colégio, Sé Cathedral, Tea Viaduct, Luz Train Station, Republic Square, Higienópolis, to finish it up at a coffee shop on the Top Deck of one of the most spectacular viewpoints of a building on Paulista ave.

Learn about the monumental importance of different groups like the Portuguese, Native Indians, Afro-Brazilians, Italians, Japanese, Arabs, Jews, Germans, and others, in the formation of São Paulo as well as the legacy left by them.

This tour is designed to cover the main historical sights in a chronological sequence from the early São Paulo times to the recent days.

Historic São Paulo founding site and museum of the city. With the intention to teach and catechize the natives, the Jesuits built the first school and began what 4 centuries later would become the largest city in the Southern hemisphere.

The residence built around the second half of the eighteenth century served as housing for Domitila de Castro Canto known as "Marquesa de Santos". Domitila played an important role in contributing for the greatness of the city of São Paulo.

House No 1 is a three-story 17th century historical residence that nowadays is one of the thirteen historic buildings part of the Museum of the City of São Paulo.

Visit the Sé Cathedral which was inspired by medieval European churches. The imposing construction marks the center of São Paulo (the ground zero of the city is at Sé Square), a very busy area.

From the Largo São Francisco Law school, its students and graduates, began the main movements of Brazilian History, from the Abolitionism to the Republican Movement. Not to mention the campaign for "VOTING NOW" (diretas já) during the military government in the 80's. Over time, 9 Brazilian presidents, several governors, mayors and a countless of other figures emerged from it.

FECAP holds the oldest public utility certification in Brazil since 1915. The institution was also the first to open courses in Economics (1934) and Accounting (1939) in the country.

The "Igreja do Carmo" played a big role on the formation of São Paulo in the early times. It's also home to a representative collection of colonial art, including the paintings on the ceilings of the main chapel by the master Frei Jesuíno of Mount Carmel.

Boa Vista street is part of the primitive indigenous trails that crossed the historic core of São Paulo where the city was founded in 1554. From 1930 onwards started to host the headquarters of the main banks of the state, and become known as the bank street.

This street used to be a river port where goods imported to the city of São Paulo arrived from Santos in the coast of the state.

The San Benedictine Monastery is one of those sacred tips that also applies to people who are not religious.

The building hosted Pope Benedict XVI during his visit to Brazil.

Believers are attracted by the masses with Gregorian chants, and shop with breads, cakes, cookies and jams made by the monks themselves and whose recipes are secular.

The first skyscraper in Latin America. The construction generated much controversy, because until then there was no building of such great height. Currently, the building is one of the main architectural symbols of Brazil.

Featuring 12 floors and 50 meters high, Sampaio Moreira was the tallest building in the city of São Paulo between 1924 and 1929, when the Martinelli building was inaugurated. It is considered, therefore, the first multi-story large building in the city, as well as one of the first in the country to present such typology.

One of the postcards of São Paulo, the tea viaduct was the first in the city of São Paulo. It bears this name because of the extensive tea plantation nearby.

Inaugurated in 1939 to host one of the largest industrial conglomerates in Brazilian history the conglomerate Matarazzo Industries". Designed by the favorite architect of the Italian dictator Benito Mussolini, the Italian Marcello Piacentini.

Considered a postcard of São Paulo, the Municipal Theater is one of the most important historical places in town due to several important cultural events that took place in its facilities like the Week of Modern Art of 1922.

Historical meeting point for cultural and political manifestations. The most significant was the "VOTING NOW"(diretas já) movement calling for direct elections during the military government.

Inaugurated in 1929, the building was the headquarters of the Canadian company that was responsible for the electric power service of São Paulo between 1899 and 1981.

The cult of Our Lady of the Rosary is one of the oldest in our city and merges with the very foundation of São Paulo. This church was a meeting place for slaves, who were prohibited from attending the churches of whites.

The square pays a tribute to two historically important Brazilian figures known in the national scene. One of the great heroes of Brazilian history and patron of the Brazilian army known as Duque de Caxias, and the Princess Isabel who signed the law abolishing slavery in Brazil.

Júlio Prestes station is one of the most important and imposing sights in São Paulo. It used to be part of the railway system that connected coffee farms in the countryside of the state of São Paulo to Santos in the golden era of coffee.

The Luz station was the gateway for immigrants, who upgraded the then small town of São Paulo to an important metropolis along the 20th century.

Opened to the public in 1825, Jardim da Luz Park is the oldest in the city of São Paulo. Opened initially as a Botanical Garden, it was the only leisure point of the city at the time.

Built in the early 19th century in the Luz Park, designed by renowned Ramos de Azevedo architect to be the headquarters of the Liceu de Artes e Ofícios. It is the oldest art museum in São Paulo, founded in 1905 and regulated as a state public museum since 1911.

The street has been well-known for what was called the “Maria Antonia battle” that happened in 1968. It was a conflict between rightwing students that supported the military government in power and leftwing students.

Walk through the fascinating Paulista avenue. A place that is sure to impress you not only with its appearance, but also with its much rich history that may seem common in the eyes of some, but in the company of an expert tour guide can be mind-blowing.

The Paulista Avenue is one of the most popular spots in town. From the Sesc viewpoint it’s possible to see the entire Paulista and many other parts of the city. There is also a café where you can have a coffee, a snack and enjoying the view.

Informacion Adicional
"Confirmation will be received at time of booking"
"Not wheelchair accessible"
"Most travelers can participate"
"This is a private tour/activity. Only your group will participate"
"Face masks required for travelers in public areas"
"Face masks required for guides in public areas"
"Hand sanitizer available to travelers and staff"
"Social distancing enforced throughout experience"
"Regularly sanitized high-traffic areas"
"Gear/equipment sanitized between use"
"Transportation vehicles regularly sanitized"
"Guides required to regularly wash hands"
"Paid stay-at-home policy for staff with symptoms"
"The tour is totally private and exclusive for you and your group. No other person out of your group must join your tour, unless it's invited by you. The private tour is safer in terms of COVID-19 contagion as tourists hardly have closer contact with strangers."

• If you are far from these areas, you should choose a meeting point for pick-up within the above mentioned neighborhoods.