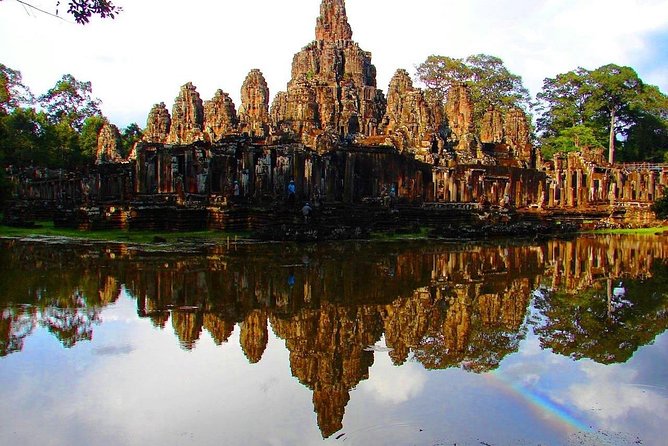 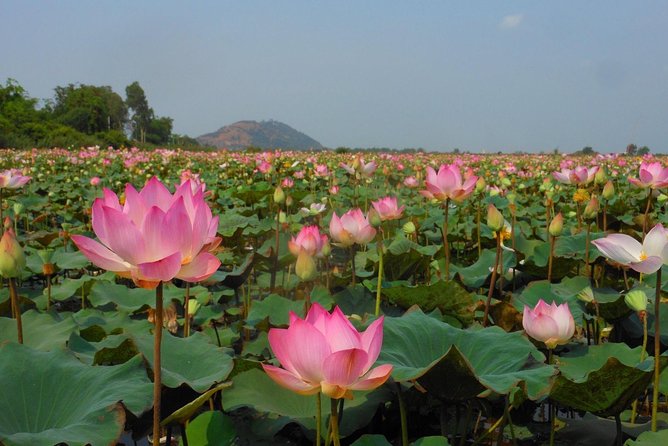 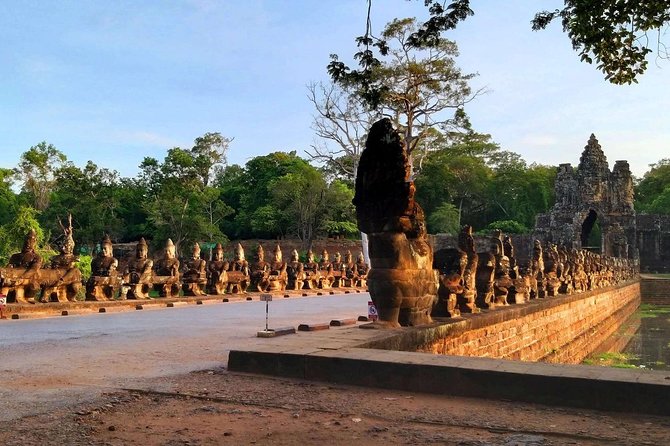 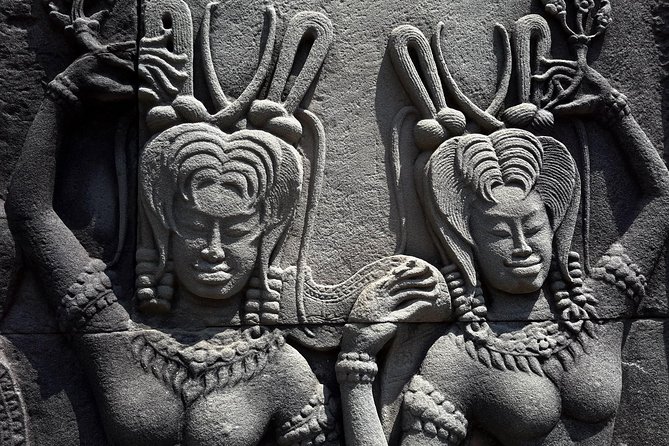 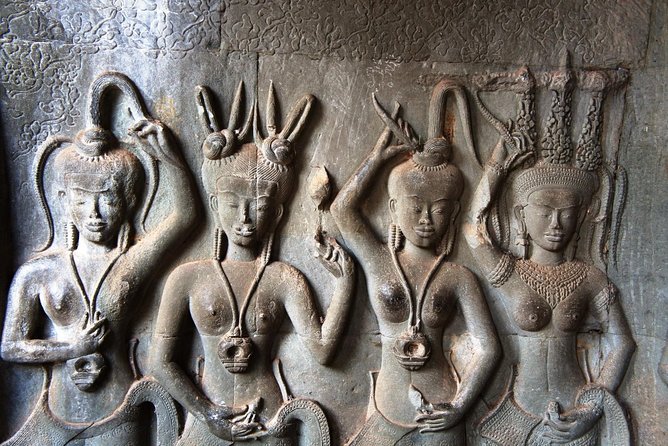 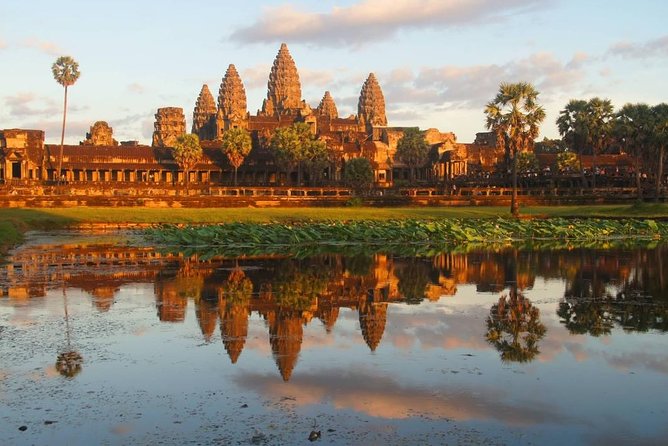 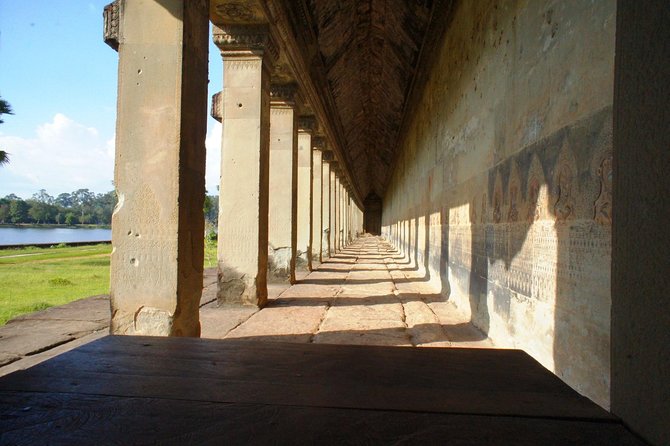 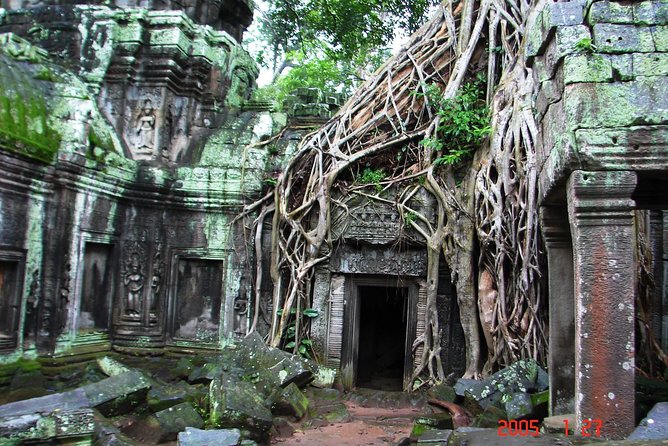 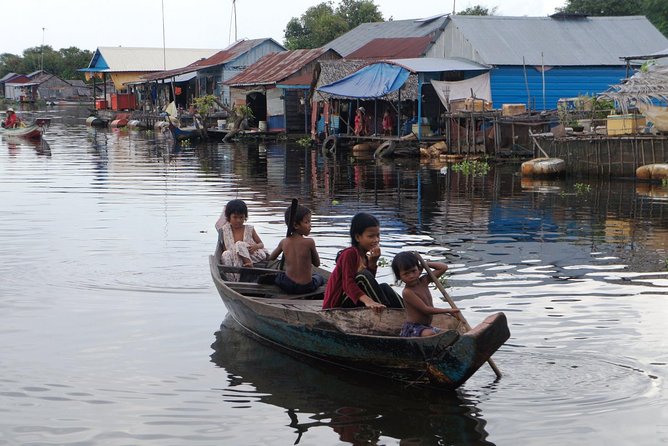 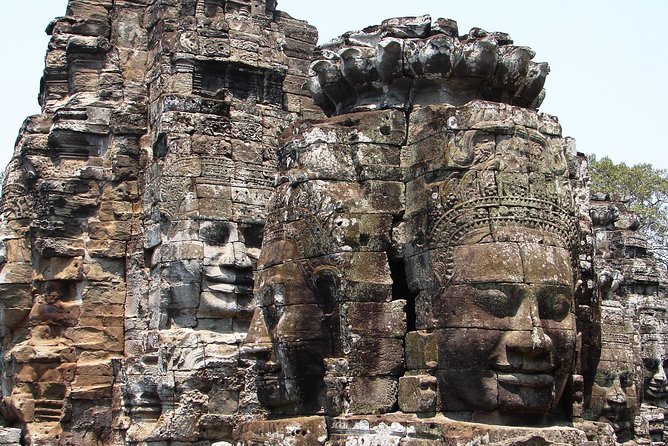 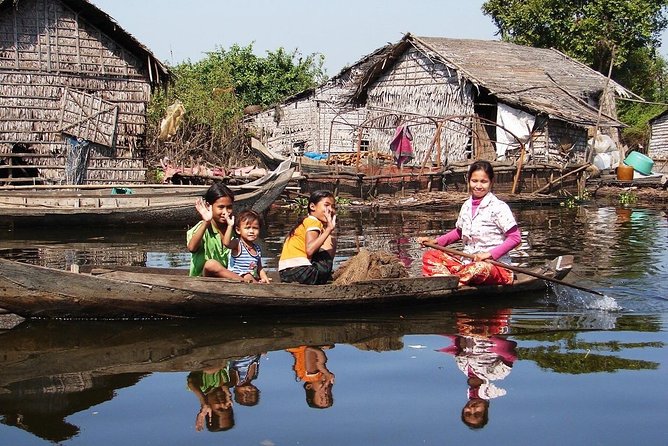 10:30am  Arrive at Poi Pet Border / Entry Cambodia. (Not Include VISA)

01:30pm  Arrive at your Standard hotel in Siem Reap Check in, Freshen up Afternoon tour to Tonle Sap Lake

on private boat and the incredible Floating Village.

Angkor Wat (/ˌæŋkɔːr ˈwɒt/; Khmer: អង្គរវត្ត, "City/Capital of Temples") is a temple complex in Cambodia and one of the largest religious monuments in the world, on a site measuring 162.6 hectares (1,626,000 m2; 402 acres).[1] Originally constructed as a Hindu temple dedicated to the god Vishnu for the Khmer Empire, it was gradually transformed into a Buddhist temple towards the end of the 12th century.[2] It was built by the Khmer King Suryavarman II[3] in the early 12th century in Yaśodharapura (Khmer: យសោធរបុរៈ, present-day Angkor), the capital of the Khmer Empire, as his state temple and eventual mausoleum. Breaking from the Shaiva tradition of previous kings, Angkor Wat was instead dedicated to Vishnu. As the best-preserved temple at the site, it is the only one to have remained a significant religious centre since its foundation. The temple is at the top of the high classical style of Khmer architecture. It has become a symbol of Cambodia,[4] appearing on its national flag, and it is the country's prime attraction for visitors.[5]

Angkor Wat combines two basic plans of Khmer temple architecture: the temple-mountain and the later galleried temple. It is designed to represent Mount Meru, home of the devas in Hindu mythology: within a moat more than 5 kilometres (3 mi) long[6] and an outer wall 3.6 kilometres (2.2 mi) long are three rectangular galleries, each raised above the next. At the centre of the temple stands a quincunx of towers. Unlike most Angkorian temples, Angkor Wat is oriented to the west; scholars are divided as to the significance of this. The temple is admired for the grandeur and harmony of the architecture, its extensive bas-reliefs, and for the numerous devatas adorning its walls.

Angkor Thom (Khmer: អង្គរធំ pronounced [ʔɑːŋ.kɔː.tʰum]; literally: "Great City"), (alternative name: Nokor Thom, នគរធំ) located in present-day Cambodia, was the last and most enduring capital city of the Khmer empire. It was established in the late twelfth century by King Jayavarman VII.[1]:378–382[2]:170 It covers an area of 9 km², within which are located several monuments from earlier eras as well as those established by Jayavarman and his successors. At the centre of the city is Jayavarman's state temple, the Bayon, with the other major sites clustered around the Victory Square immediately to the north. It is also a very big tourist attraction, and people come from all over the world to find it.

Informacion Adicional
"Confirmation will be received at time of booking"
"Wheelchair accessible"
"Short Dress is won't allowed at temples."
"This price is for private tour"
"Minimum is 1 person up"
"Maximum of people per group from 15pax"
"Near public transportation"
"Infant seats available"
"Most travelers can participate"
"This is a private tour/activity. Only your group will participate"

Start Time: 6:30 AM
Duration: 8 Hours
Start location: Traveler pickup is offered
We will pick up all customer, Please kindly give us your accommodation's address in Thailand details such as hotel name, Location and contact number