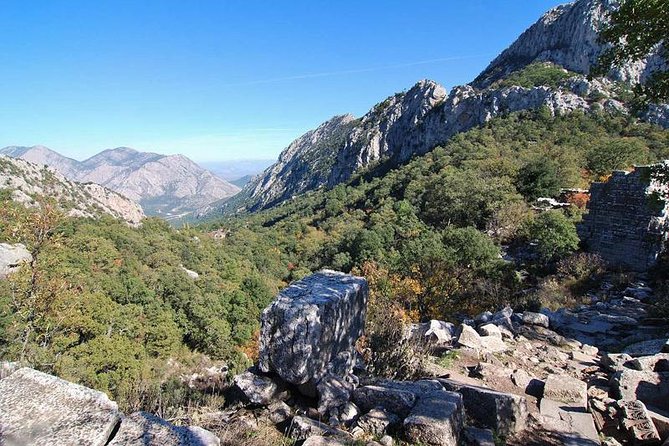 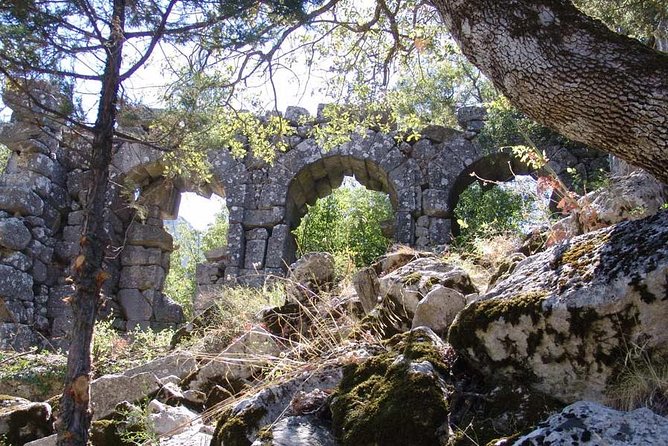 Termessos  was a Pisidian city built at an altitude of more than 1000 meters at the South West side of the mounatin Solymos  in the Taurus mountain range.

It lies 30km to the North West of Antalya. It was founded on a natural platform on top og Gulluk Dagi soaring to a height of 1,665 meters from among the surrounding travertine mountains of Antalya which average only 200 meters above sea level. Termessoss is one of the best preserved and untouched ancient cities in Turkey.

Termessos constitutesan unusual synthesis of a large number of rare plants and animal species which are under protection in the Termessos National Park. Concealed by a multitude of wild plants and bounded by dense pine forest, the site, with its peaceful and untouched appearance, has a more distinct and and impressive atmosphere than other ancient cities. Becuase of its natural and historical riches, the city has been included in a National Park bearing its name.

picking up from antalya hotels around 09:00 am or 09:30 am and Arrival to the ancient city of Termessos Güllük Mountain, 40 km North-West of Antalya. After a 30 min. Climming in beatifull trees, we will reached the peak of the ancient city Termessos. Following the  tour of the ancient city which lasts for two hours. İn total we have min. tree  hours for Termessos.Arrival at the Düden Waterfall The region around Antalya offers sights of astonishing natural baeuty as well as some historical remains. You can walk behinde the cascade, athrilling experience at the Düden Waterfalls 14 km. northeast from Antalya. Time one hour to visit the National Park and take break for a lunch.Move back to Antalya and dropping off the hotel.

Start Time: 9:00 AM
Duration: 6 Hours
Start location: antalya city hotels-lara kundu hotels-konyaaltı hotels.
if your hotel at belek or any belek resorts there is extra transfer fee will be applied 70 euros.
Cancellations and refunds: For a full refund, cancel at least 24 hours in advance of the start date of the experience.