Paris Moulin Rouge Cabaret Show With Champagne Only Or Dinner

Palace Of Versailles Skip The Line From Paris With Transfer 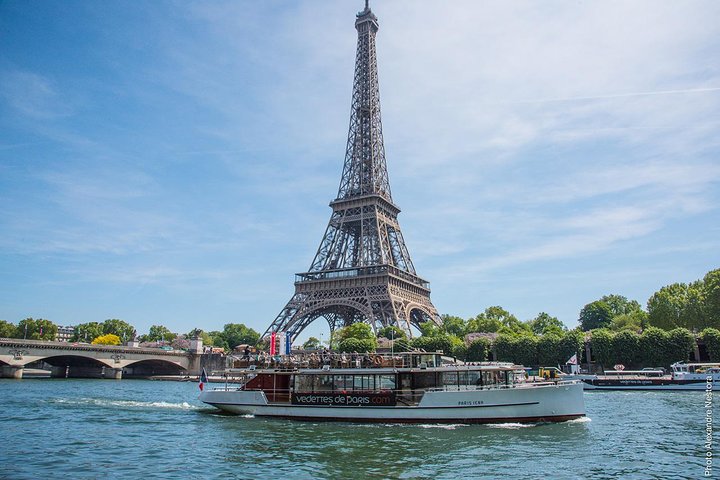 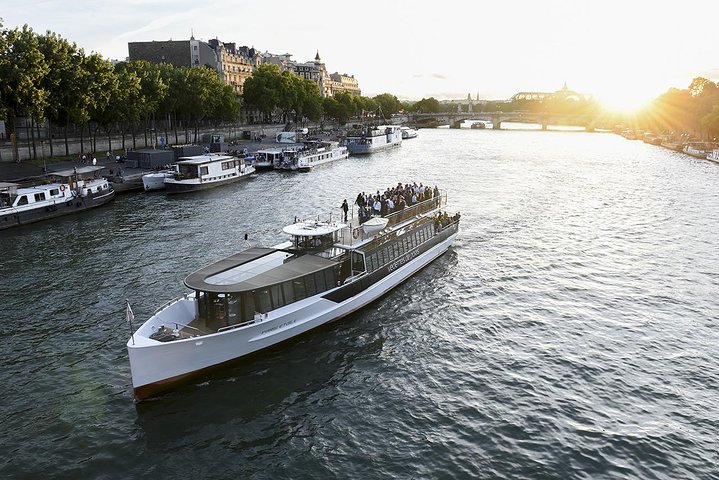 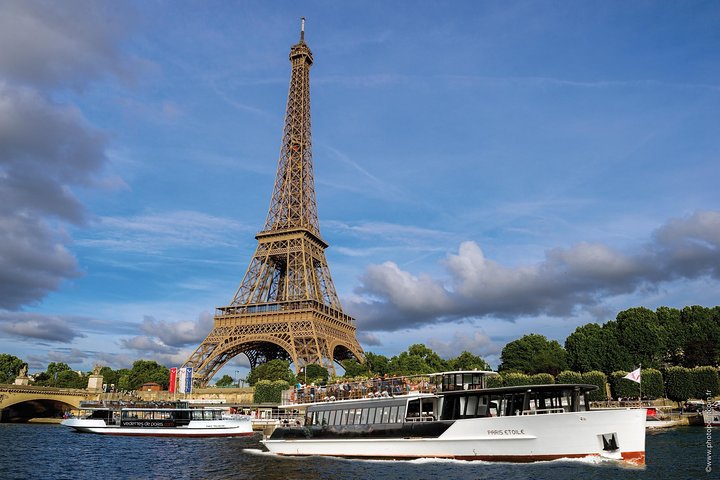 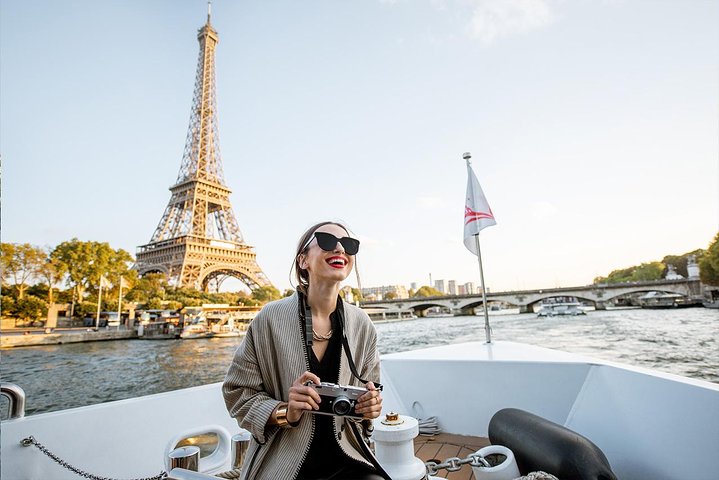 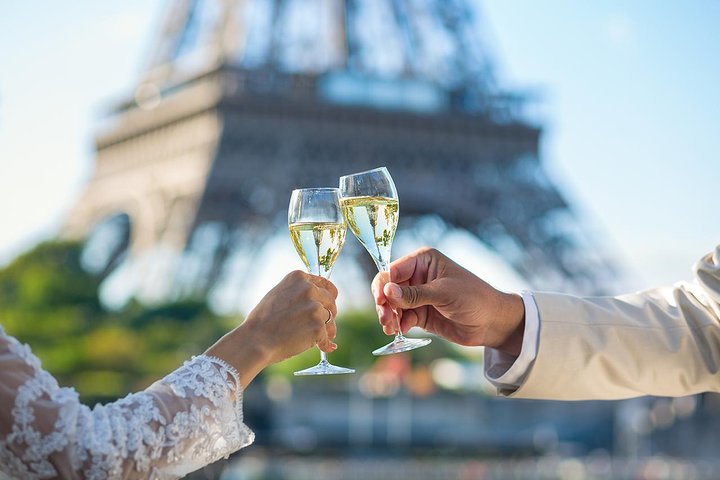 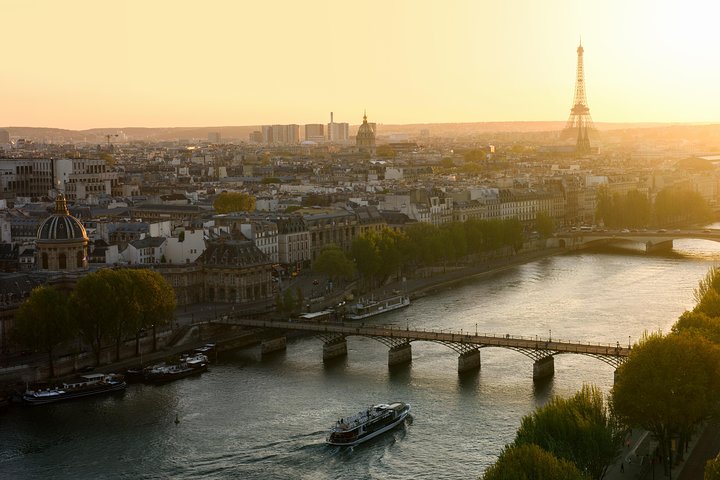 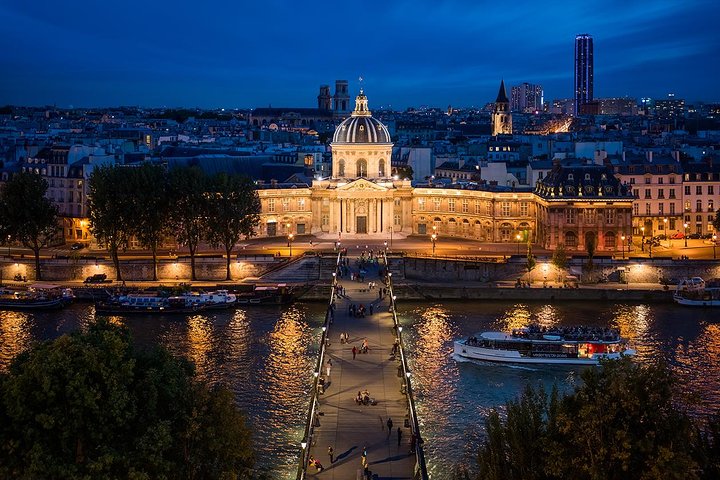 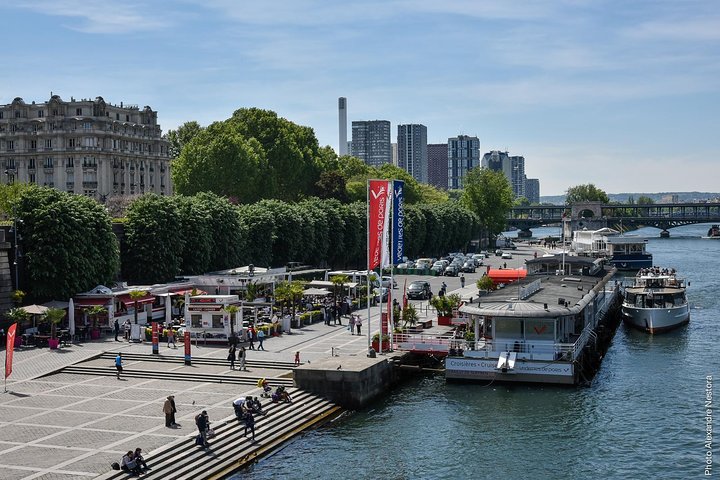 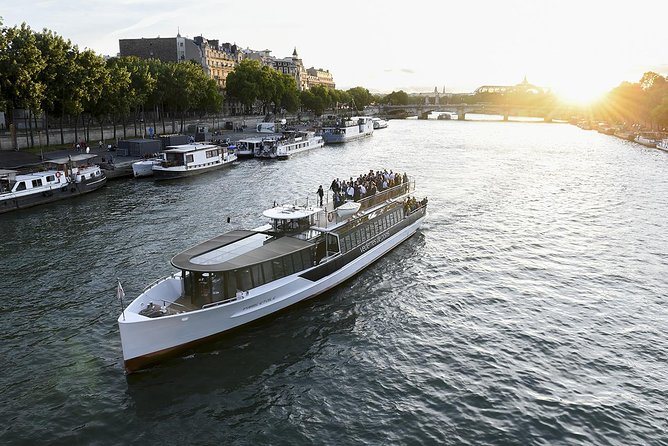 Embark on one of our cruise boats and discover all the secrets of Paris thanks to the expert knowledge of our guide by passing by the most emblematic monuments of Paris: the Eiffel Tower, Notre-Dame Cathedral, Orsay Museum, Louvre Museum, Grand Palais ... This cruise has been created in order to surprise you between breathtaking views of the monuments on the docks of the Seine river and unique comments. Parisians or visitors, adults or children, wonderement assured.
The best way to visit Paris, guaranteed without blister on your feet!

The Eiffel Tower has been built by French engineer Gustave Eiffel, for the 1889 Universal Exhibition in Paris. This magnificent technical feat was achieved in a mere two years, two months and five days. It stands 324 metres tall, and the metal structure weighs 7,300 tonnes. Parisians were scandalised by its metallic look and height. It was built to last 20 years. A radio antenna was added to the top in 1903, saving the tower from demolition. It has now become the monument symbolic of Paris.

The new Russian Orthodox church is known as the Holy Trinity Cathedral. The centre houses a bilingual Franco-Russian school, a parish house, and a cultural centre.

The American Church in Paris with its green clock-tower is the first american church built outside of the US, in 1931. The stained-glass windows by Louis Comfort Tiffany have been listed as a historic monument.

The Hotel des Invalides was built to the orders of Louis XIV as a military hospital for injured soldiers and officers. Today, the royal chapel houses the tomb of France’s first Emperor, Napoleon I.

Pont de la Concorde was built using stones from the former Bastille prison after it was famously stormed during the French Revolution in 1789. It leads to the Palais Bourbon on your right, seat of the National Assembly, and to your left to the Place de la Concorde.

Discover the green dome of the Hotel de Salm which became the Légion d'honneur Palace under Napoleon I. The Légion d’honneur is the highest French honour.

The former Orsay railway station has been built for the 1900 Universal Exhibition in Paris, had a railway line leading to the south-west of France. It was turned into a museum in the 1980s to house 19th-century art, including works by the greatest Impressionists and Post-Impressionists such as Auguste Renoir, Claude Monet and Vincent Van Gogh.

The Institut de France, former Collège des Quatre Nations, was built using funds bequeathed by cardinal Mazarin in 1661. It houses five academies, the most famous being the Académie Française. Its members’ job is to contribute to the French language, updating and modifying the official French dictionary.

The Pont Neuf, or New Bridge is actually the oldest bridge in Paris. It was the first Parisian bridge to be built in stone with pavements rather than houses lining it.
It features 381 grimacing stone masks, all individually decorated and unique.

Pont Saint-Michel has been built at the request of Napoleon III, hence the two imperial Ns on its pillars. To the right, it leads to the Latin Quarter, so called because students at the University of Paris there spoke Latin until the 19th century.

Ile de la Cité, the presumed birthplace of Paris, is one of the two natural islands in Paris. The Parisii tribe first settled here 300 years before the Common Era, calling the island Lutetia.

Paris’s Gothic masterpiece, Notre-Dame Cathedral' construction started in 1163 and was completed nearly two centuries later, in 1345. The cathedral features a host of gargoyles
and sculptures.
The south rose window, called the Rose du Midi, is dedicated to the New Testament and was a gift from the French king, Saint Louis.

The statue of Saint Genevieve, patron saint of Paris, with her back to us was sculpted by Paul Landowski, who later sculpted the Christ the Redeemer statue in Rio de Janeiro.

The Arab World Institute has been inaugurated in 1987 by president François Mitterrand. The cultural centre focuses on history, art, society, religions and science in the Arab world.

Featuring former town houses dating from the 17th century, like the Hotel Lambert and the Hotel Lauzun, Ile Saint Louis is one of the most prestigious areas of Paris. Many celebrities have lived there, including Charles Baudelaire and Georges Moustaki.

Since 1357, the Hotel de Ville de Paris, has been the seat of the Paris City Council. The construction draws much inspiration from Neo-Renaissance style. It is open to visitors, you can visit the banquet hall, designed to the template of the Hall of Mirrors in Versailles.

The Conciergerie built under Philip IV, known as “the Fair”, in the 14th century, was later turned into a prison. Queen Marie-Antoinette spent the last two months of her life there, before being guillotined at the Place de la Concorde in 1793.

The Louvre used to be a royal palace. It was turned into a museum in 1793. It is the largest monument in Paris with over four kilometres of façades and nearly 14 kilometres of galleries. The Louvre is the most visited museum in the world, exhibiting 38,000 works, including the Winged Victory of Samothrace, the Venus de Milo and of course the Mona Lisa.

The place de la Concorde was where King Louis XVI and his
wife Queen Marie-Antoinette were executed during the French Revolution. The central feature is an obelisk from Luxor in Egypt. It is 34 centuries old and was brought to France in 1836.

Built for the 1900 Universal Exhibition in Paris, the Grand Palais on your right is a great feat of architecture. Its glass roof is considered to be the largest in Europe. It has now become a venue for cultural events and exhibitions, a funfair and the largest skating rink in Europe.

The Palais de Chaillot is located on the place du Trocadero. Built in 1937 for the Universal Exhibition, it comprises two Neoclassical pavilions, flanking an esplanade that overlooks the Trocadero gardens.
It houses the City of Architecture and Heritage, the National Navy Museum, the Museum of Humankind, and the National Theatre of
Chaillot.

Informacion Adicional
"Confirmation will be received at time of booking"
"You will book your cruise on a specific date, but there is no need to book a particular time slot; you can choose what time you want to go on the day of your cruise – simply show your voucher at the quay when you arrive"
"No baggage will be accepted on-board"
"Infants until 3 years old are free of charge"
"Champagne option only bookable for adults. If you wish to book the Champagne options and are accompanied by children, please create 2 separate bookings."
"Wheelchair accessible"
"Near public transportation"
"Most travelers can participate"
"This experience requires good weather. If it’s canceled due to poor weather, you’ll be offered a different date or a full refund"
"This tour/activity will have a maximum of 19 travelers"
"Face masks required for travelers in public areas"
"Face masks required for guides in public areas"
"Hand sanitizer available to travelers and staff"
"Mandatory sanitary pass"