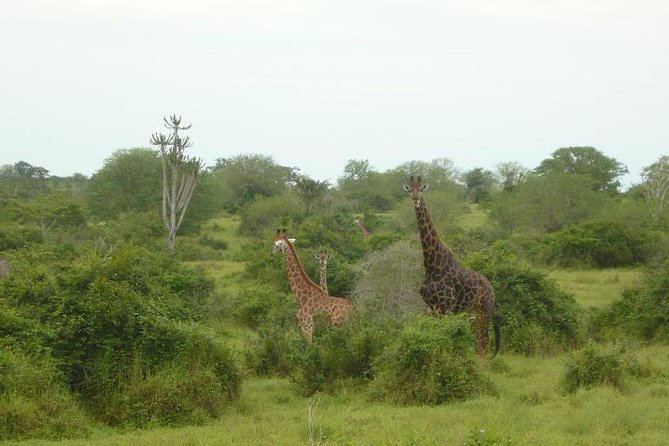 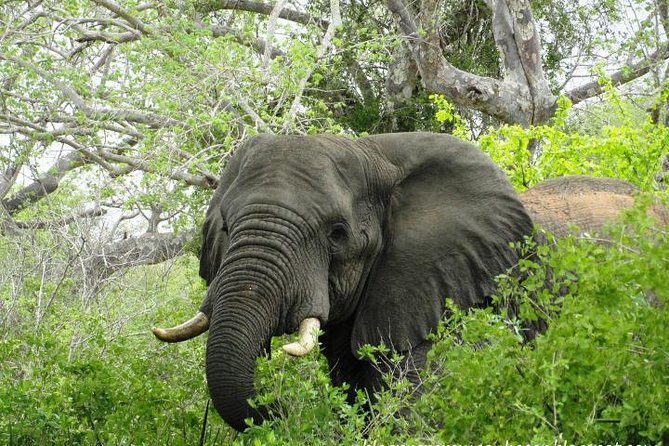 The Moon Viewpoint is a set of cliffs 40 km south of Luanda, in the municipality of Samba in Angola. Breathtaking and unique! Over time, erosion caused by wind and rain created the kind of lunar-martian landscape that we find today. This was the backdrop of the film "The Moon Lookout" from the Portuguese director Jorge António, the first Portuguese-Angolan film co-production, shot in 1993 and got the special prize at the Gramado Festival, Brazil.

Enjoy a stop during the latter part of the day at the "Grand Canyon" of Angola, unique on the planet and only found in similar aspects in the Republic of Congo in much smaller formations, and in Madagascar in grey color. This is the only spot in Africa with this geological formation.

The tour will start at the Kissama National Park, where after visiting the park you can have lunch at Pousada Cuanza (not included). After that, we will stop at the Moon Viewpoint, where you'll watch the sunset reflect on a beautiful work of nature.
*Please note that the animals in the park during the civil war in Angola were almost entirely poached out and have only recently been re-introduced about a decade ago, and are taking time to re-populate. You will not see something like a private game reserve in Tanzania or South Africa. This is a very raw and new destination and the scenery is superb, and the birdlife world-class, but you will not see as many animals as the zoo-like factory farms of wildlife gawking in South Africa or East Africa. This in mind, enjoy and you'll have the whole place all to yourself!

Kwanza Basin - A must stop during your trip. The Kwanza river is the main river in Angola, coming all the way from Mumbué, Bié (interior of the country) to Luanda. It encompasses many beautiful places to see such as the Kalandula falls, Kissama National Park, and a variety of animals such as crocodiles.

Kissama National Park River Ride and Driving Safari - While in the camp, a river boat ride will be available for you to indulge a little more of the vast Kwanza, as well as your game drive to spot animals. You can relax while having your dinner at Kawa camp restaurant with the exclusive view to the main river of Angola, Kwanza. Tonight we'll overnight at Kawa Camp in Kissama National Park.

L&D Day 1: At Kawa Camp and pre-arranged and provided.

Breakfast Day 2: Sandwiches are provided as breakfast food is not always reliable from the staff in the park.

On day two we will head back later in the morning to Luanda via Cabo Ledo, the best beaches in northern Angola, to relax and swim (or surf-) before being dropped off back at your location in Luanda.