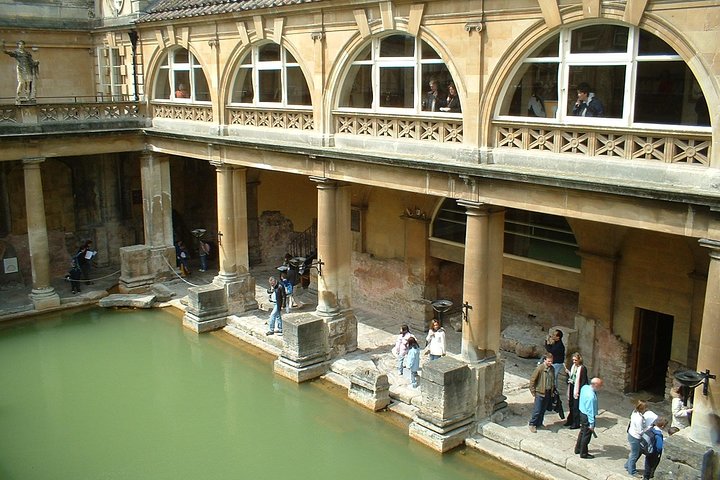 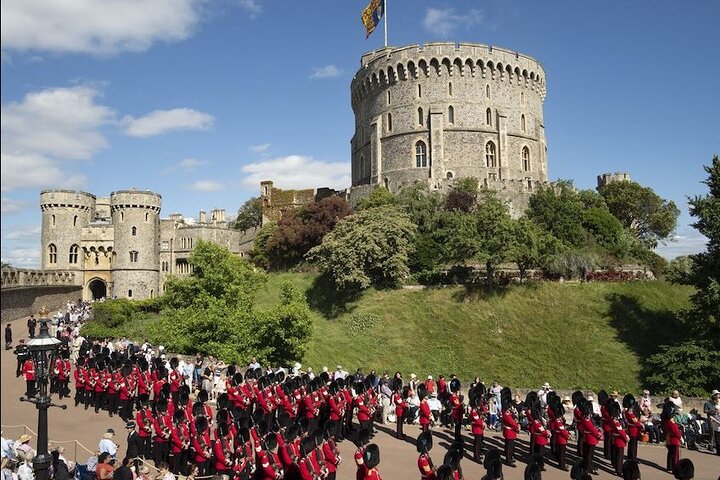 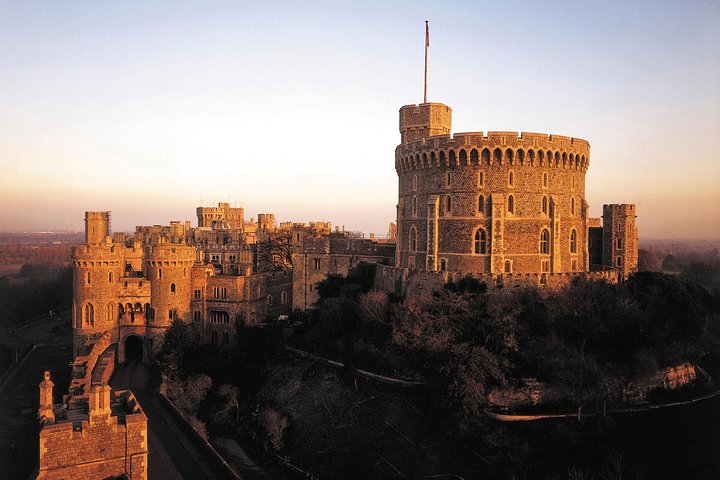 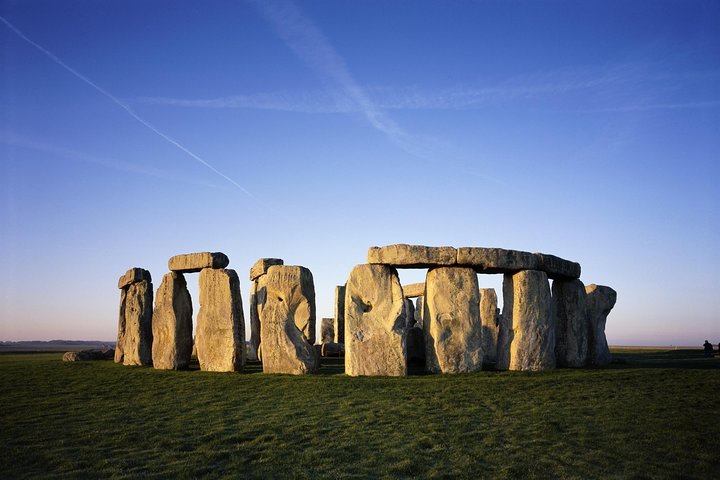 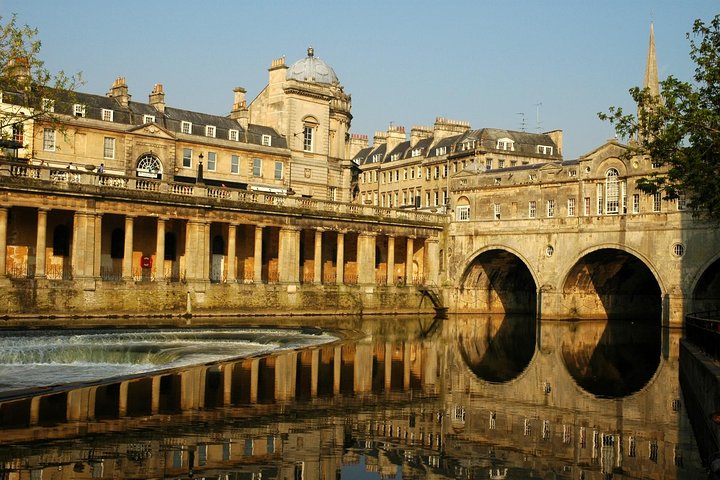 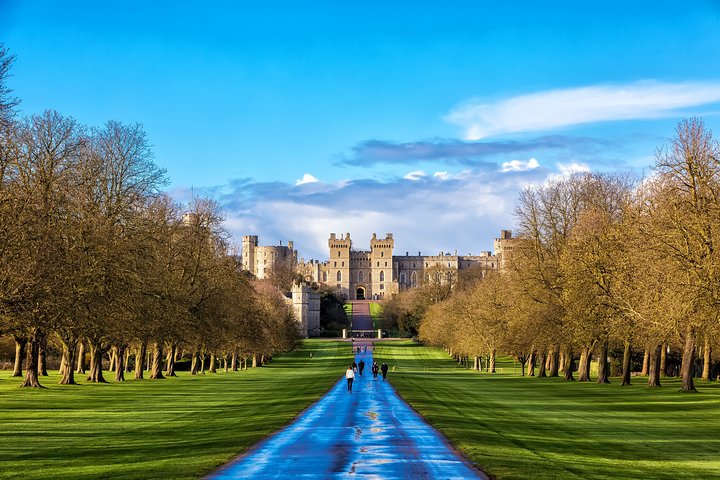 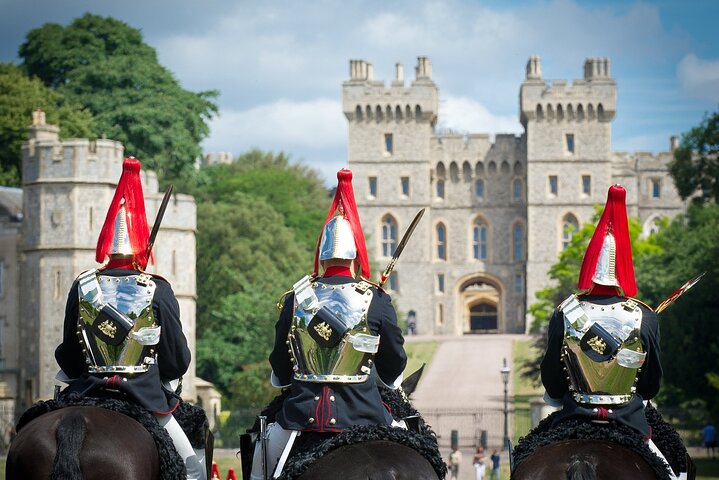 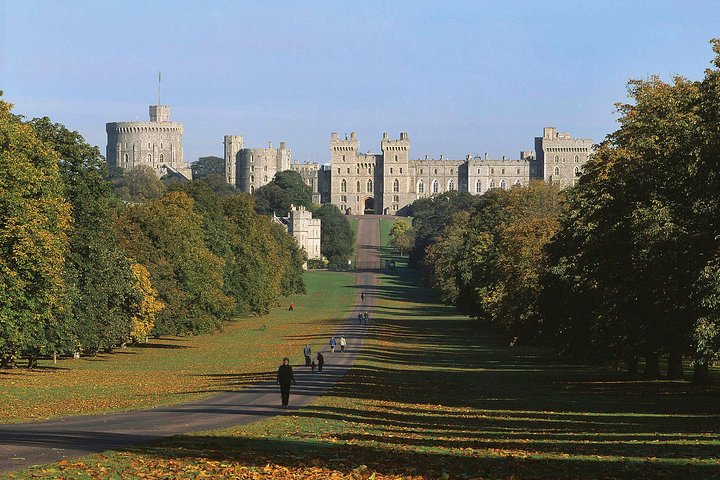 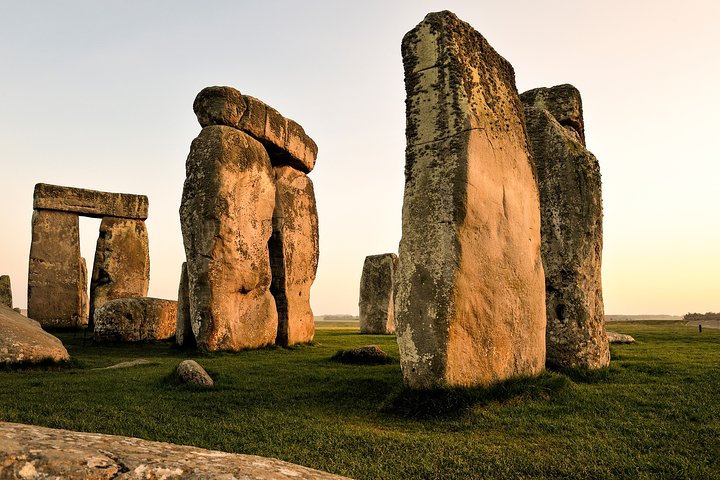 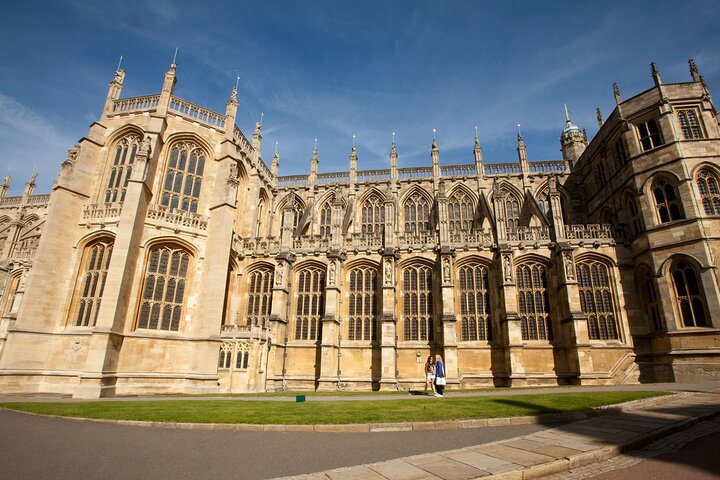 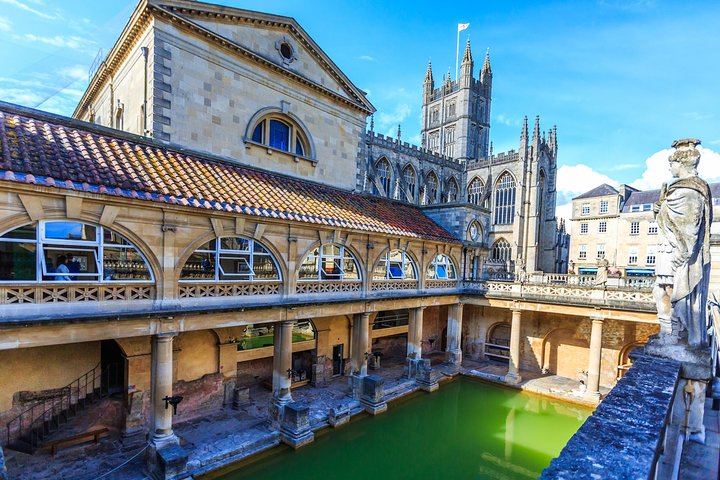 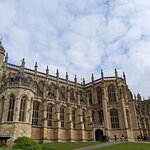 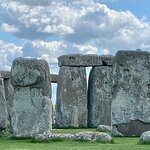 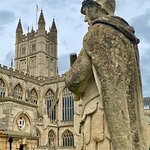 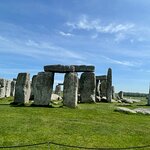 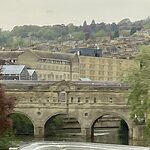 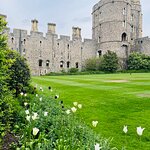 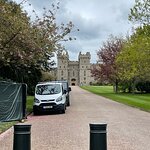 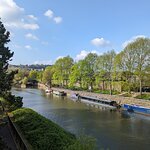 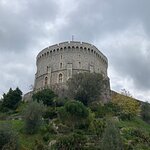 Excursion to Stonehenge, Windsor Castle and Bath from London. Everyday

See the official residence of The Queen and home of the British monarchy for more than 900 years, explore the beautiful Georgian city of Bath and its ancient Roman Baths*, and uncover the mystery behind Stonehenge - the world's most famous Neolithic site.

Our first stop is Windsor Castle, the ancestral home of the British Royal family for more than 900 years and the largest, continuously occupied castle in Europe. Marvel at the splendour of the State Apartments, the grandest apartments in England, where paintings by Van Dyck and Rubens hang from the walls and the ceilings are painted with elaborate, magnificent murals.

Step inside St George’s Chapel, where HRH Prince Harry married Ms Meghan Markle and the tombs of prominent previous monarchs are located, including Henry VIII and Charles I. Don’t miss a colourful display of typical British pageantry that takes place every morning at the Changing the Guard ceremony, where the handover of duties between guards to the Queen takes place. If Her Majesty is in Windsor during your visit, you may be lucky enough to see the Royal Standard flying on the flagpole of the Round Tower.

St George's Chapel at Windsor Castle in England, is a chapel designed in the high-medieval Gothic style. It is both a Royal Peculiar, a church under the direct jurisdiction of the monarch, and the Chapel of the Order of the Garter. Seating approximately 800,it is located in the Lower Ward of the castle.

One of the most photographed examples of Georgian architecture in the city and one of only four bridges in the world to have shops across its full span on both sides, Pulteney Bridge was designed in 1769 by Robert Adam.

The Roman Baths, at the heart of the City of Bath World Heritage Site, consists of the remarkably preserved remains of one of the greatest religious spas of the ancient world. The city’s unique thermal springs rise in the site and the Baths still flow with natural hot water.(If you select include admission)

Bath Abbey is an Anglican parish church and former Benedictine monastery in Bath, Somerset, England.[3] Founded in the 7th century, it was reorganised in the 10th century and rebuilt in the 12th and 16th centuries; major restoration work was carried out by Sir George Gilbert Scott in the 1860s. It is one of the largest examples of Perpendicular Gothic architecture in the West Country. The cathedral was consolidated to Wells Cathedral in 1539 after the abbey was dissolved in the Dissolution of the Monasteries, but the name of the diocese has remained unchanged.

The Royal Crescent is a row of 30 terraced houses laid out in a sweeping crescent in the city of Bath, England. Designed by the architect John Wood, the Younger and built between 1767 and 1774, it is among the greatest examples of Georgian architecture to be found in the United Kingdom and is a Grade I listed building. Although some changes have been made to the various interiors over the years, the Georgian stone façade remains much as it was when it was first built.

Step back 5,000 years in time to prehistoric Britain as our guide helps bring the history of this fascinating monument to life. Who built Stonehenge- Why was it built- Discover the answer to these questions and the monument’s fascinating link to the Summer and Winter solstice. Come face-to-face with a 5,500-year-old man and visit the world-class exhibition centre, with 250 ancient objects on display.

Informacion Adicional
"Confirmation will be received at time of booking"
"Departs at 8am (boarding at 7.30am), Victoria Coach Station Gate 1-5, 164 Buckingham Palace Road, London, SW1W 9TP"
"Please note: the tour itinerary and order may change"
"Please note that St George’s Chapel is open for visitors on Monday, Thursday, Friday and Saturday and is closed on Sunday (if option selected)"
"Please note: Windsor Castle is closed on Tuesdays and Wednesdays"
"As Windsor Castle is a working royal palace, sometimes the entire Castle or the State Apartments within the Castle need to be closed at short notice (The whole castle is closed on April 14-15, 17 / June 12-13, December 24-26). (if selected this option)"
"Stonehenge is closed on 21 June due to the Summer Solstice. During this time, we will instead visit the Avebury Stone Circle."
"Not wheelchair accessible"
"Near public transportation"
"Infants must sit on laps"
"Travelers should have a moderate physical fitness level"
"This experience requires a minimum number of travelers. If it’s canceled because the minimum isn’t met, you’ll be offered a different date/experience or a full refund"
"This tour/activity will have a maximum of 52 travelers"
"Face masks required for travelers in public areas"
"Face masks required for guides in public areas"
"Hand sanitizer available to travelers and staff"
"Gear/equipment sanitized between use"
"Transportation vehicles regularly sanitized"
"Contactless payments for gratuities and add-ons"