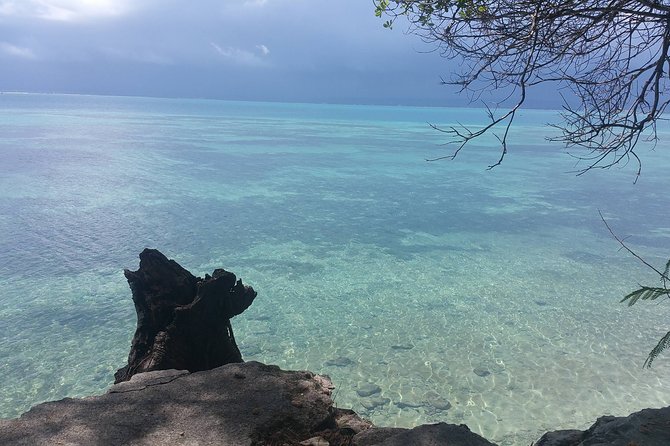 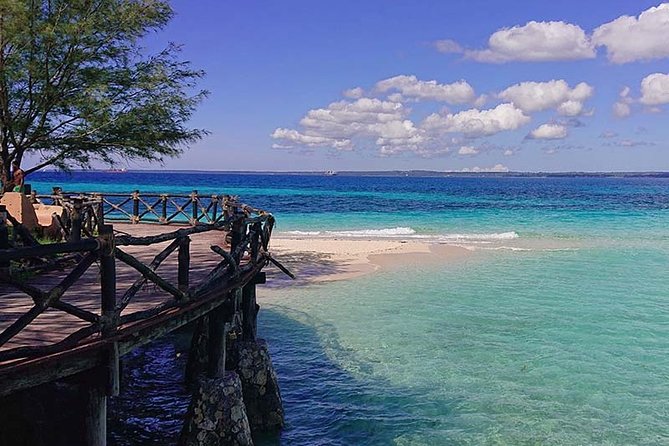 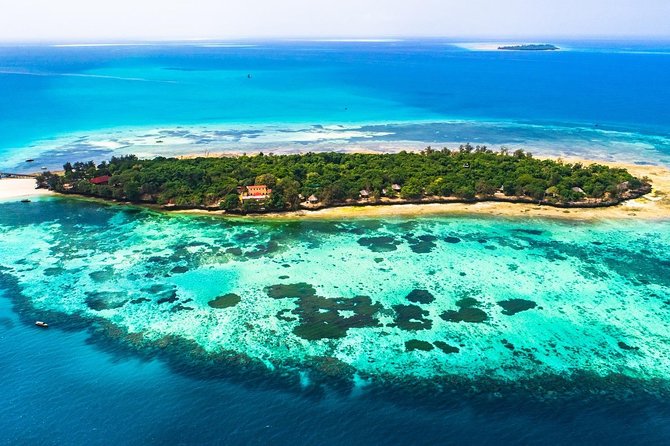 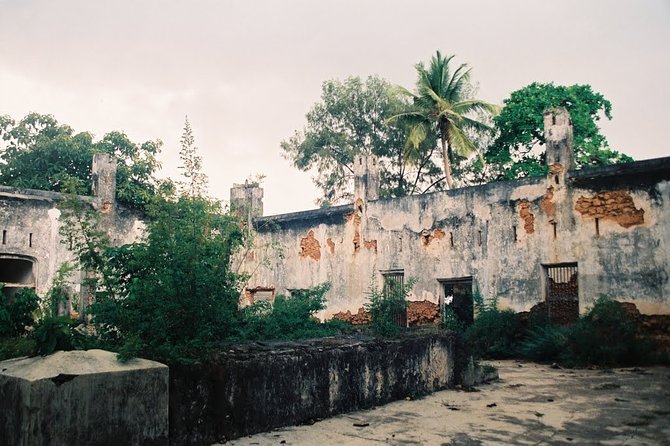 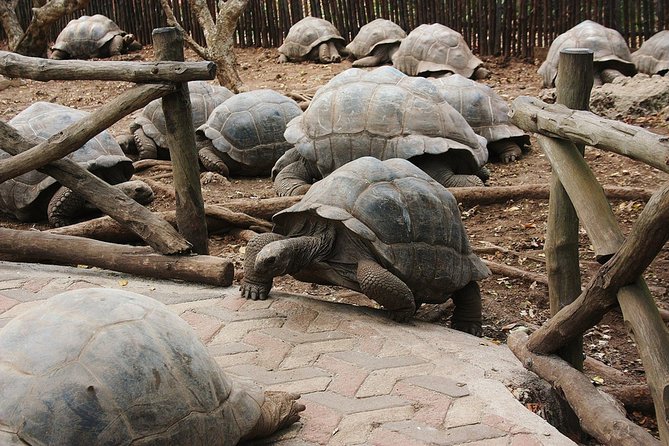 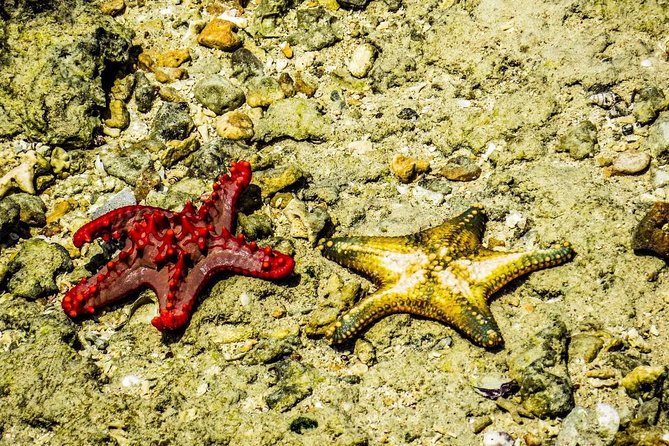 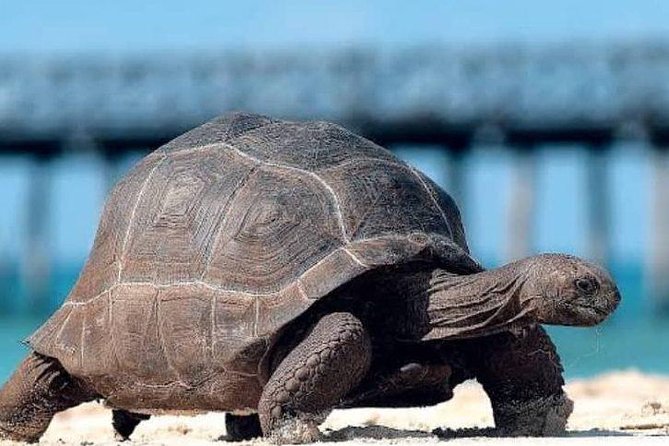 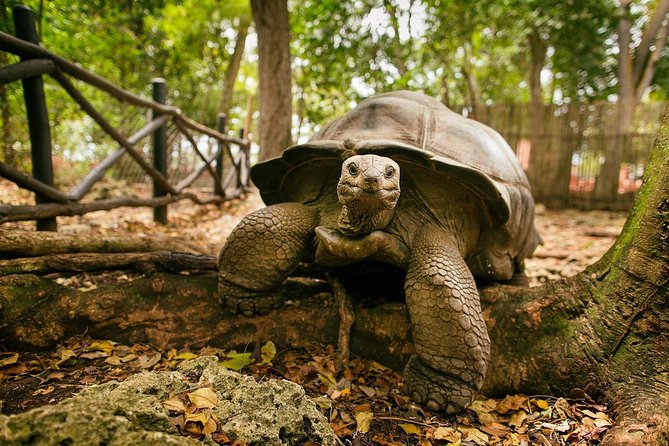 Changuu Island also known as Prison Island lies about 30 min by boat from Stone Town. The island was formerly owned by an Arab and saw use for confinement of refractory slaves but no prisoners were ever housed here instead the island became a quarantine station for yellow fever epidemics. It was bought by General Lloyd Mathews and the jail (goal) which still stands was built in 1893 and hence the name “PRISON ISLAND”.

In 1919 the British governor of Seychelles sent a gift in form of four Aldabra giant tortoises to Changuu. Presently this species is considered vulnerable and has been placed on the IUCN Red List. There is a dedicated foundation on the island which looks after the tortoises' welfare.

This tour includes a visit to the historic Prison Island with its giant land tortoise. While on the island you will be able to observe and feed the tortoises, swim, sunbathe and snorkel.

You will be picked up from your hotel and driven to the excursion spot.

The Aldabra Giant Tortoise sanctuary is a major tourist lure and the oldest tortoise is 192 years old. The turtles are not indigenous and are magisterial creatures, weighing in at an average of 200 kg some are as old as  over 100 years (4 turtles are 150 years). You can feed them at a fee paid at the Island, but watch out for their snapping beaks.

Other marine life is also reasonably rich and Changuu provides good snorkelling. It is by no means the most extensive or varied snorkelling spot off the coast of Zanzibar, but being so close to Stone Town and so easily accessible makes it ideal for those who want to see ‘under the sea’ a little while on a city break.

The island’s restaurant, Matthews, is good and well-renowned. This is especially so considering the restaurant’s charming atmosphere and good sea view.

You will then be dropped off at the hotel after the excursion.

Informacion Adicional
"Confirmation will be received within 48 hours of booking, subject to availability"
"Not wheelchair accessible"
"Travelers should have a moderate physical fitness level"
"No heart problems or other serious medical conditions"
"May be operated by a multi-lingual guide"
"Bring towels and swimming suit"
"Snorkeling gear will be available"
"This experience requires good weather. If it’s canceled due to poor weather, you’ll be offered a different date or a full refund"