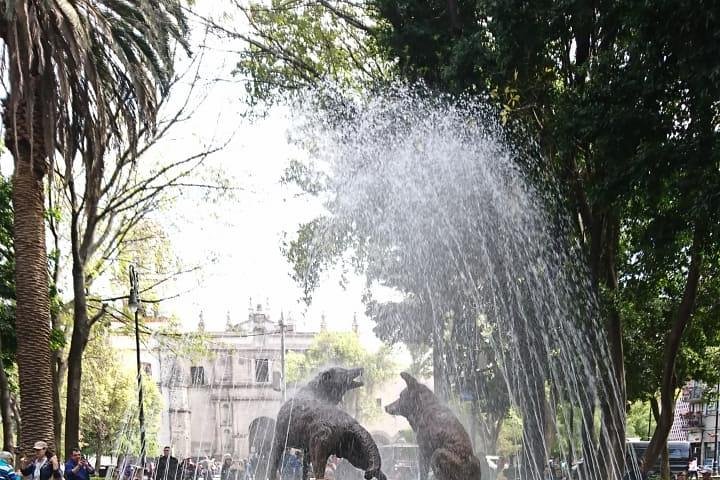 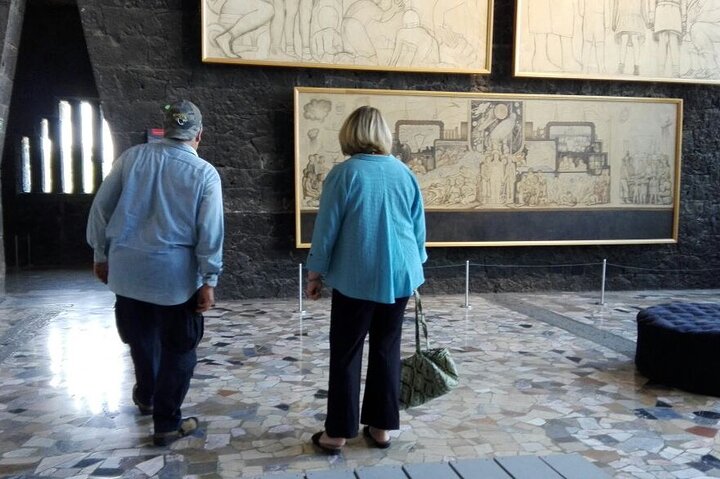 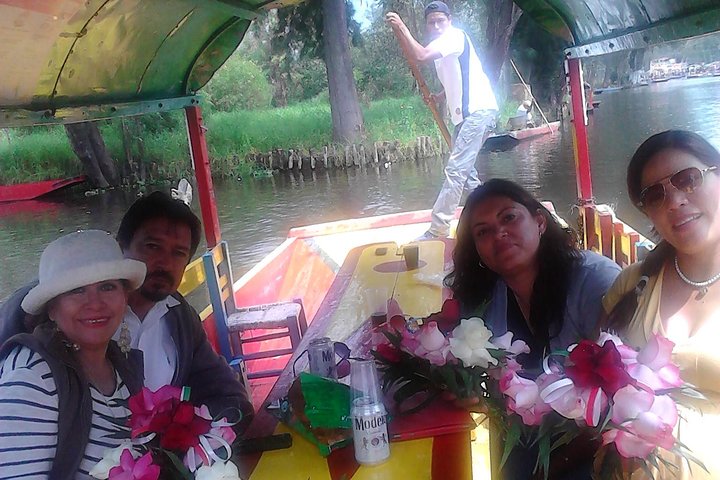 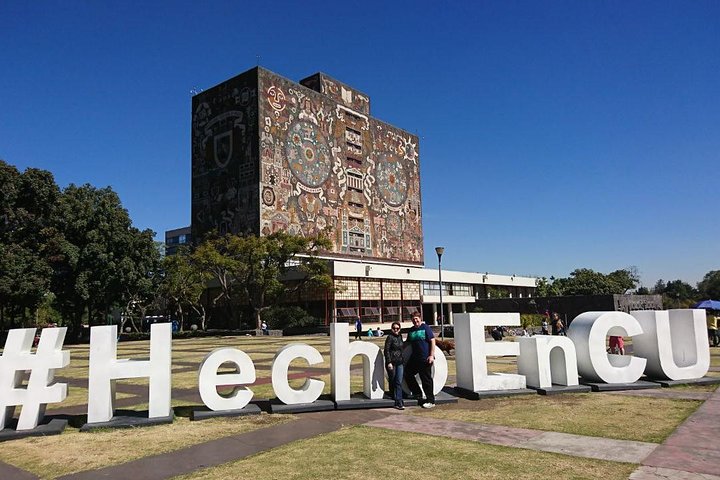 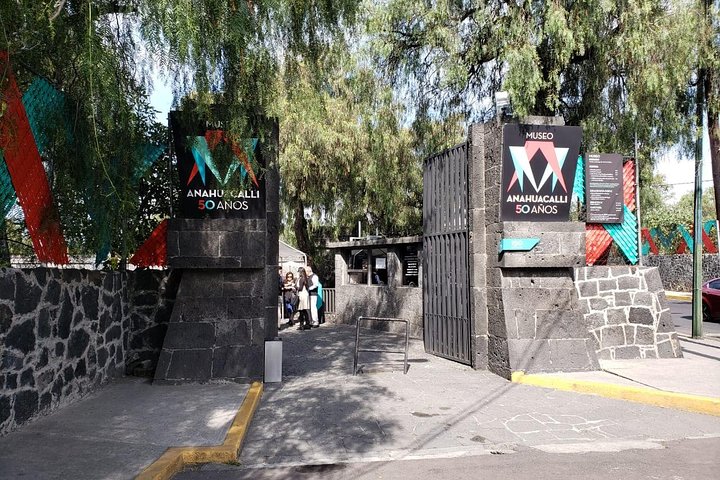 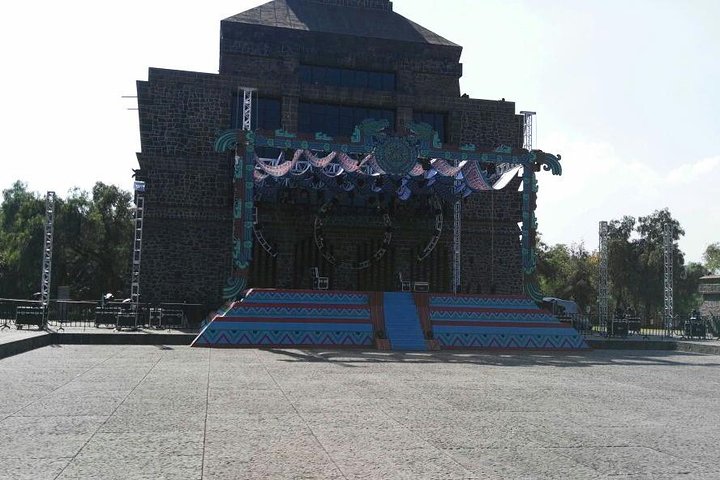 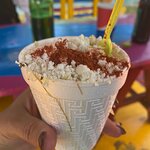 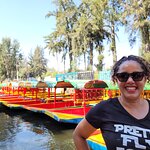 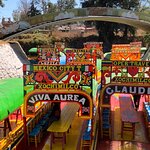 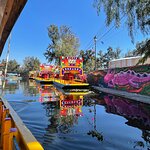 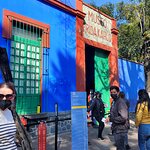 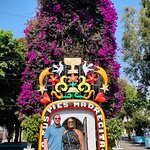 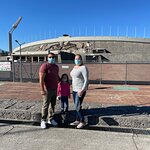 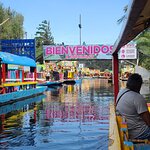 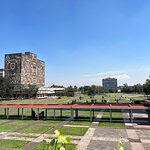 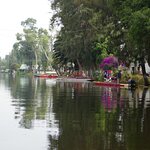 Ride a ‘trajinera’ (traditional barge) through UNESCO World Heritage–listed Xochimilco during a 6-hour private tour in Mexico City. Gain admission to the Museo Diego Rivera Anahuacalli (Anahuacalli Museum) and the Casa Azul (Frida Kahlo Museum) in the neighborhood of Coyoacán. Finish with a panoramic view of the Olympic Stadium and the central library of the National Autonomous University.

This working in southern Mexico City gives way to the famous canals of Xochimilco, the last remnants of an enormous system to transport water that the Aztecs built. You can take walks in colorful boats similar to the gondolas while they pass browsing food vendors, artisans and mariachis.

Located in one of the most beautiful and oldest neighborhoods of Mexico City, the Blue House was converted into a museum in 1958, four years after the death of the painter. Today it is one of the busiest museums in the Mexican capital.

Coyoacán represents the "place of those who have or own coyotes", from three Nahua voices: coyotl (coyote), hua (possession) and can (place). The term coyoacanense, arose between the seventh and twelfth centuries AD, stage in which the site would have been founded, according to the parameters set by various historians and chroniclers

Throughout his life, Diego Rivera gathered an impressive collection of pre-Hispanic figures, which he called "idolaje". The painter conceived the idea of making a construction that would house these pieces and was, likewise, a livable artistic work.

On September 22, 1910, as President Porfirio Díaz Mori, the National University of Mexico was inaugurated, in compliance with the decree of May 16 of that year that formalized its Constitutive Law presented by Justo Sierra Méndez, 18 a law that did not give him the autonomous character that would acquire until May 28, 1929 when President Emilio Portes Gil granted it19 and authorized the construction of University City. The first rector was Joaquín Eguía Lis. The project of creation of the University, although without an immediate result, was proposed by Justo Sierra in 1881, being deputy and with the intention of counteracting the educational problem. The purpose of Sierra was materialized in 1910 with the inaugural act of the National University of Mexico, in the amphitheater of the National Preparatory School. At this time, being Secretary of Public Instruction and Fine Arts, Sierra, expressed in his speech, that the educational and scientific objective that the National University should concentrate, systematize and disseminate among the Mexican people, was to prepare for the future.

Informacion Adicional
"Confirmation will be received at time of booking"
"Children must be accompanied by an adult"
"Photos are permitted in the Frida Kahlo Museum"
"Wheelchair accessible"
"Stroller accessible"
"Infants must sit on laps"
"Infant seats available"
"Transportation is wheelchair accessible"
"Travelers should have a moderate physical fitness level"
"This is a private tour/activity. Only your group will participate"
"Face masks required for guides in public areas"
"Face masks provided for travelers"
"Hand sanitizer available to travelers and staff"
"Social distancing enforced throughout experience"
"Regularly sanitized high-traffic areas"
"Gear/equipment sanitized between use"
"Transportation vehicles regularly sanitized"
"Guides required to regularly wash hands"
"Regular temperature checks for staff"
"Temperature checks for travelers upon arrival"
"Paid stay-at-home policy for staff with symptoms"

Start Time: 9:00 AM
Duration: 6 Hours
Start location: Traveler pickup is offered
We have coverage in all the places of the city of Mexico, Hotels, Airbnb,