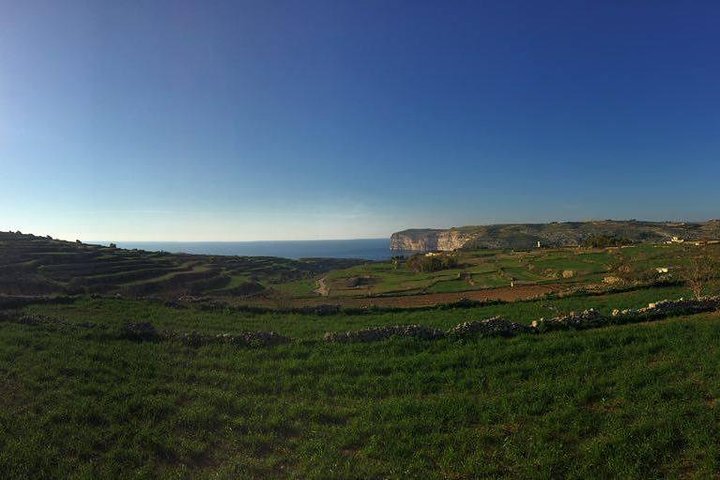 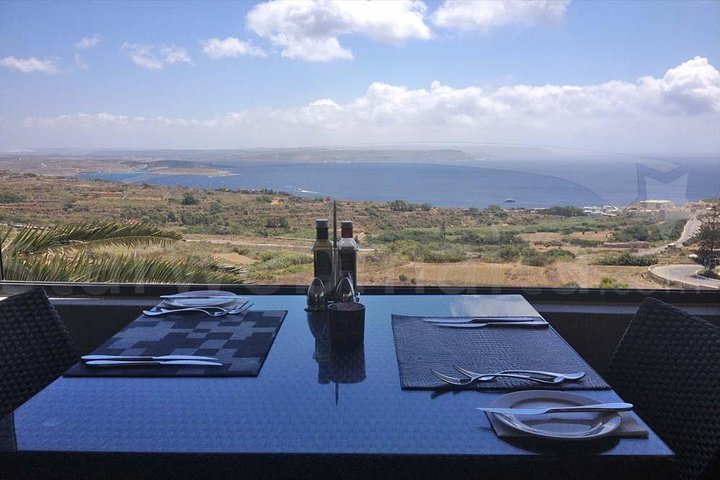 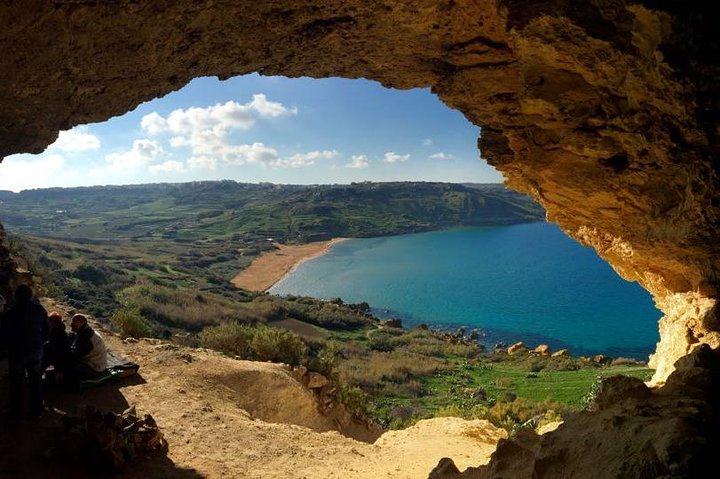 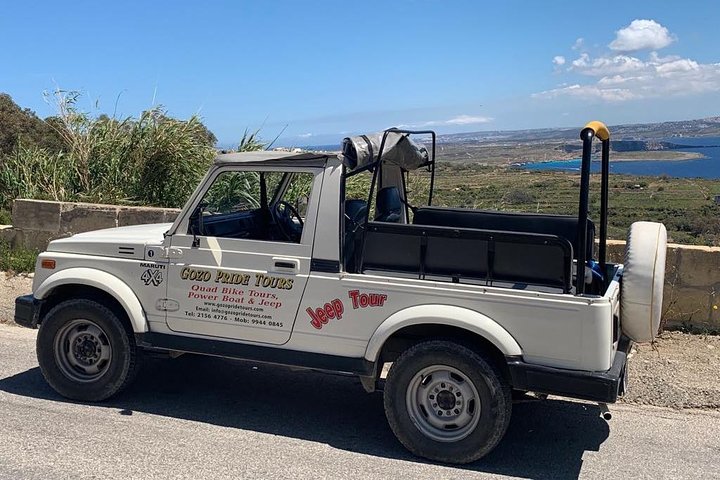 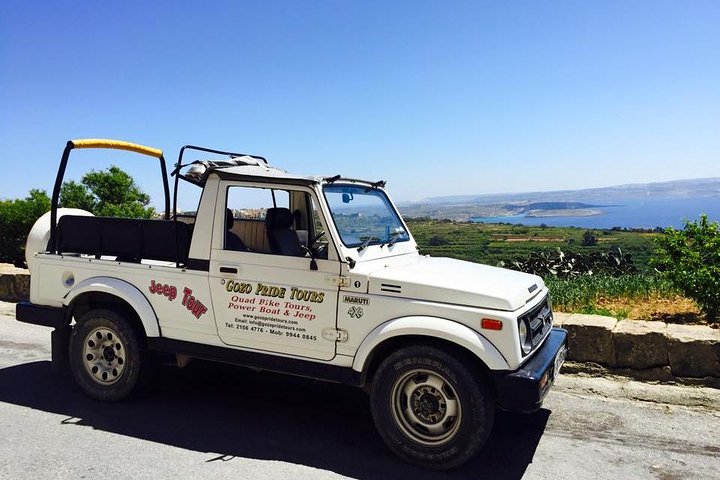 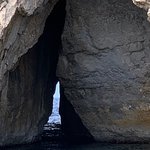 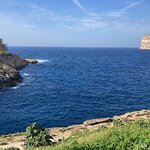 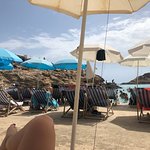 Customize your Private Full Day Jeep Tour on the island of Gozo, the best possible way to discover the most beautiful hidden charms of Gozo and the opportunity of taking dramatic photographs of the breathtaking scenery plus all the highlights of Gozo.

Since this is a Private Jeep Tour, on your arrival in Gozo you can discuss with the driver where you would like to visit in Gozo and customize your itinerary as you would like.
Children from 3 years up to 13 years are charged as an adult. Infants up to 3 years old are free of charge

Ramla Bay is located at the bottom of a rich and fertile valley on the northern side of the island of Gozo. Gozo is one of the Maltese islands. The village of Xagħra, located on one of the hills of Gozo, overlooks this valley. It is about a forty-minute walk from Xagħra to the bay. The bay can also be reached from the village of Nadur. Bus service to the beach is very regular. The terraced walls built by the farmers give the valley an appearance of a quilt when viewed from the high ridges surrounding it.

Ġgantija (Maltese pronunciation: [dʒɡanˈtiːja], "Giantess") is a megalithic temple complex from the Neolithic on the Mediterranean island of Gozo. The Ġgantija temples are the earliest of the Megalithic Temples of Malta and are older than the pyramids of Egypt. Their makers erected the two Ġgantija temples during the Neolithic (c. 3600–2500 BC), which makes these temples more than 5500 years old and the world's second oldest existing manmade religious structures after Göbekli Tepe in present-day Turkey. Together with other similar structures, these have been designated a UNESCO World Heritage Site, the Megalithic Temples of Malta.

Xlendi is a village in Malta situated in the south west of the island of Gozo. It is surrounded by the villages of Munxar, Fontana and Kerċem. The village is administered by Munxar,[1] but has its own coat of arms and motto. From March 2010, Xlendi has had its own 5-person "mini council" responsible for the main activities of the area.

Xlendi Tower (Maltese: Torri tax-Xlendi) is a small watchtower near Xlendi Bay, within the limits of Munxar on the island of Gozo in Malta. The tower is one of the Lascaris towers and dates to 1650; it is currently undergoing restoration.

It is the oldest of the four surviving watchtowers on Gozo.[a] The earlier Garzes and Marsalforn towers were destroyed in the 18th and 19th centuries.

Dwejra, with its dramatic coastal formations and sea spilling over the rocks, is a magical attraction. Here you can swim in the spectacular deep sea of the bay, in the calm shallows of the inland sea or in the foamy waters around the Blue Hole – one of Gozo’s top dive-sites.

Dwejra is also home of the Fungus Rock or, as it is locally known, “Il-Ġebla tal-Ġeneral”, General’s Rock. It is so called in remembrance of the Italian General who centuries ago fell to his death while supervising quarrying in the area. History tells us that a special plant believed to have medicinal and healing properties used to grow on Fungus Rock and because of this the Rock used to be heavily guarded during the era of the Knights of Malta. Anyone caught stealing the crop was sentenced to death or to a life rowing the Knights’ galleys. The crop was picked and brought to the mainland using a primitive system of baskets and pulleys.

A small enclosed bay at Dwejra Point is connected to the open sea through a large tunnel stretching approximately 80m. The walls on both sides are deep, vertical and overhanging for most of the way. This tunnel is only 6m deep at the start of the dive, immediately dropping down to 15m, and halfway through, the seabed is at 25m. The view as you look out into the deep indigo blue of the open sea is spectacular. Around the corner to both left and right, there are further vertical fissures and caves in the cliff face to be explored, while the marine life in this area is prolific.

The Basilica of the National Shrine of the Blessed Virgin of Ta' Pinu (Maltese: Santwarju Bażilika tal-Madonna ta' Pinu) is a Roman Catholic minor basilica and national shrine located some 700 metres (2,300 ft) from the village of Għarb on the island of Gozo, the sister island of Malta. The church is dedicated to the Blessed Virgin of Ta' Pinu. The basilica is located in open countryside which allows visitors to enjoy beautiful views of the area and is of great national importance to Gozitans everywhere.

Marsalforn (Pronounced: Marsa el-Forn, | Maltese: Marsalforn),[1] also written as M'Forn for shortcut purposes, is a town on the north coast of Gozo, the second largest island of the Maltese archipelago. The town lies between the hill-top towns of Xagħra and Żebbuġ. Associated with this town there is also the bay of Qbajjar. The town forms part of the locality of Żebbuġ. Marsalforn is one of the most popular tourist resorts on Gozo. It is well served with hotels, guest houses, restaurants, bars, and beaches. There is only a one small sandy beach in Marsalforn, however, along the rocky coastline there are a number of interesting swimming spots. Also, there's only one police station in Marsalforn.

The Cittadella (Maltese: Iċ-Ċittadella), also known as the Castello (Maltese: Il-Kastell),[a] is the citadel of Victoria on the island of Gozo, Malta. The area has been inhabited since the Bronze Age, and the site now occupied by the Cittadella is believed to have been the acropolis of the Punic-Roman city of Gaulos or Glauconis Civitas.

During the medieval period, the acropolis was converted into a castle which served as a refuge for Gozo's population. A suburb began to develop outside its walls by the 15th century, and this area now forms the historic core of Victoria. The castle's defences were obsolete by the 16th century, and in 1551 an Ottoman force invaded Gozo and sacked the Cittadella.

Informacion Adicional
"Confirmation will be received within 48 hours of booking, subject to availability"
"Not wheelchair accessible"
"Wheelchair accessible (on request)"
"Stroller accessible"
"Near public transportation"
"Infant seats available"
"Stroller accessible (on request)"
"Infant seats (on request)"
"Most travelers can participate"
"This is a private tour/activity. Only your group will participate"
"Hand sanitizer available to travelers and staff"
"Regularly sanitized high-traffic areas"
"Gear/equipment sanitized between use"
"Transportation vehicles regularly sanitized"
"Guides required to regularly wash hands"
"Regular temperature checks for staff"

Start Time: 8:00 AM
Duration: 8 Hours
Start location: Traveler pickup is offered
It is very important that when you book, kindly note down your accommodation details, in order for us to give you the pickup instructions on confirmation.