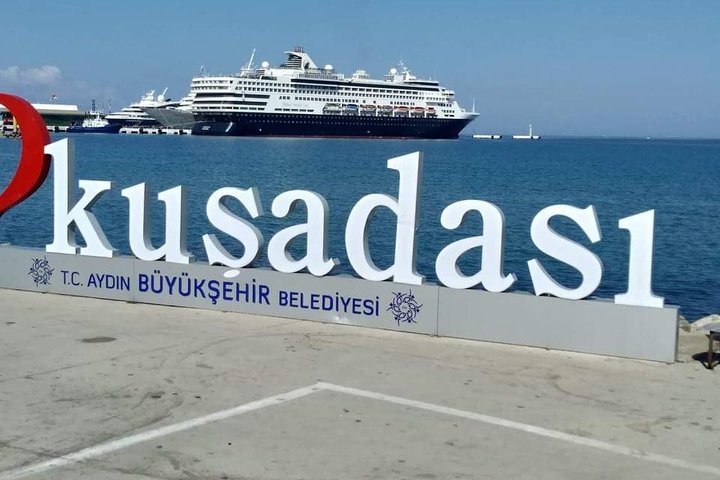 This biblical jewels of Ephesus tour gives you the opportunity to explore the capital city of the Romans in the Asia Province. Remarkable ruins and historical site attract millions of people every year. It is time to discover the Ancient City of Ephesus, House of Mother Mary, Seven sleeper's cave and Basilica of St John. It is going to be an experience that you will never forget.

When your cruise ship docks your professional tour guide will be awaiting you with a board where your name is written at the arrival gate of the Port. Then you will join your guide to get to the van.

After 30 min. driving you will be arrived to Selcuk town where Ephesus ruins still stand. Firstly, you will stop at Ephesus. The extensive ruins which include The Odeon, State Agora, The Temples of Dea Roma, Prytaneion, Domitian Square, Hercules Gate, Curetes Street, The Fountain of Trajan, The Baths of Scholastica, Themple of Hadrian, Celsius Library, The Gymnasium, Grand Theatre. And much more monuments create the special atmosphere of Ephesus, charming each visitor. Once it was a trade center of the ancient world, later on became a religious center of the early Christianity and today, a famous and unique tourism center proving all its perfects to the visitors around all over the world.

Stop At: Grotto of the Seven Sleepers, Selcuk Turkey

Then you are going to visit the Seven Sleepr's Cave.

The last point you will visit is the Basilica of St.John where he was most probably buried. To the end of your tour you are going to be transferred back to port.

Informacion Adicional
"Confirmation will be received at time of booking"
"At time of booking, Cruise ship passengers must provide the following information at time of booking: ship name, docking time, disembarkation time and re-boarding time"
"Not wheelchair accessible"
"No heart problems or other serious medical conditions"
"Most travelers can participate"
"This tour/activity will have a maximum of 15 travelers"