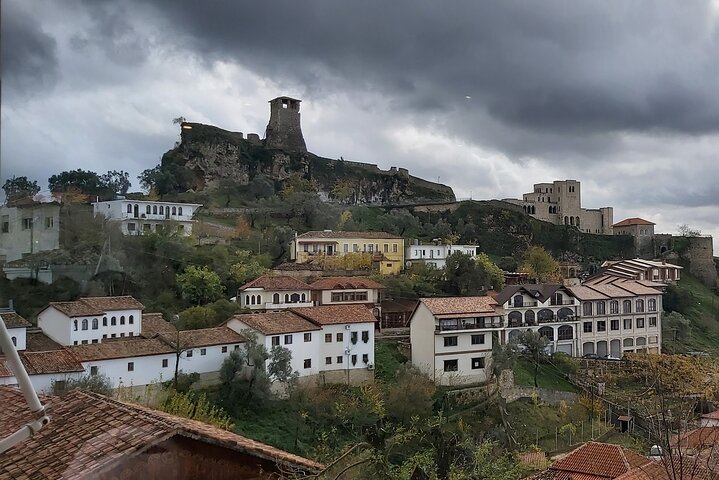 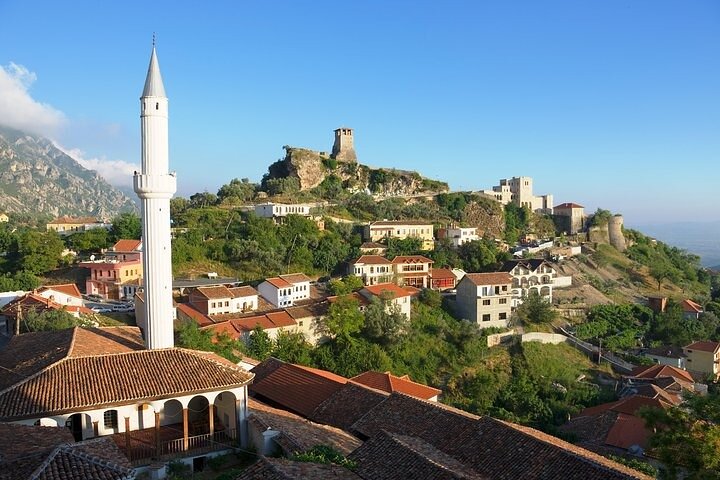 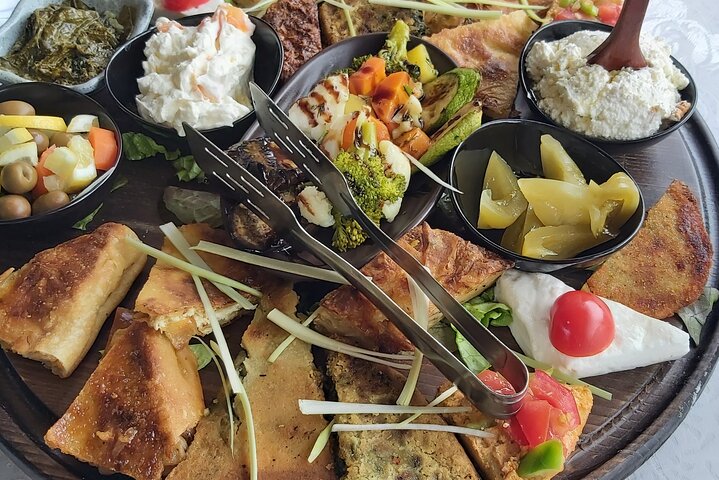 Take a chance to get to know two beautiful cities in Albania: Kruje and Tirana. Kruje provides to the visitors the great view of majestic landscape and a rich collection of historical and cultural objects. While Tirana, being the capital has something to offer for everyone.

The clock tower was built by the Ottoman Turks in an Islamic style and with simply a bell from Venice to be rung every hour. Ismail Tufina was the first watchmaker of the clock tower in 1822. In 1916 during World War I the clock was damaged. It took until 1928 to put a new mechanism. The new mechanism was purchased in Germany at the price of 13,300 golden francs, which was funded from the wealthiest families in the city and by the Tirana Municipality. Watchmaker Arif Tufina and his sons installed the new mechanism. Due to the mechanism being bigger than the actual tower they constructed an extra 5 meters on the tower and a new roof.[6]

At the time it was built it was part of complex buildings that compose the historical center of Tirana. In front of mosque was the old Bazaar, in east the Sulejman Pasha Mosque, which was built on 1614 and destroyed during World War II, and in the north-west the Karapici mosque.[4]

The Skanderbeg Square (Albanian: Sheshi Skënderbej) is the main plaza in the centre of Tirana, Albania. The square is named after the Albanian national hero Gjergj Kastrioti Skënderbeu. The total area is about 40.000 square metres. The Skanderbeg Monument dominates the square.

The city plan for Tirana was initially designed by Armando Brasini in 1925 and continued by Florestano Di Fausto in a Neo-Renaissance style with articulate angular solutions and giant order fascias. Following the Italian invasion of Albania the master plan was updated in 1939 by Gherardo Bosio.

On 14 October 1988, the structure opened as the Enver Hoxha Museum, originally serving as a museum about the legacy of Enver Hoxha, the long-time leader of Communist Albania, who had died three years earlier. The structure was co-designed by Hoxha's daughter Pranvera Hoxha, an architect, and her husband Klement Kolaneci, along with Pirro Vaso and Vladimir Bregu.[1]

When built, the Pyramid was said to be the most expensive individual structure ever constructed in Albania.[2][3]

The Pyramid has sometimes been sardonically called the "Enver Hoxha Mausoleum", although this was never its intended use or official appellation.[4]

The Skanderbeg Museum, also known as the Kruja Museum or the National Museum "George Castriot Skanderbeg" (Albanian: Muzeu Kombëtar "Gjergj Kastrioti Skënderbeu"), is located in Krujë and is one of the most important and visited museums in Albania. The museum was built at the end of the 70's and was inaugurated on November 1, 1982. Its architecture was designed by architects Pirro Vaso and Pranvera Hoxha. Construction works were realized by a local team managed by Robert Kote. The museum has the character of a memorial, architecturally inspired by traditional Albanian stone towers and medieval Romanesque architecture.[1] The name of the museum is in the honor of the Albanian national hero Gjergj Kastrioti Skënderbej.The Krujë Castle, which houses the museum, is a historic citadel. Ottoman troops attacked it thrice, in 1450, 1466 and 1467, but failed to take control. It was this impregnable fortress that helped George Kastrioti Skanderbeg defend Albania from the Ottoman invasion.

The National Ethnographic Museum in Kruja presents the story of Albanian customs and traditions throughout the centuries, and thanks to the captivating guide of this museum, you’ll come to understand them better than ever before! You’ll feel at home in this warm and cosy atmosphere as soon as you step inside.

The Kruja Bazaar is famous for being one of the oldest in Albania. The construction of the beautiful and fascinating marketplace of Krujë dates back over 400 years, and was the starting point of free trade among the city’s most established merchants. It is in this particular bazaar that traders first began to officially exchange various kinds of goods with one another. Conveniently located on the main road leading to the Castle of Kruja, the space forms part of the museum while also serving its traditional commercial purpose.