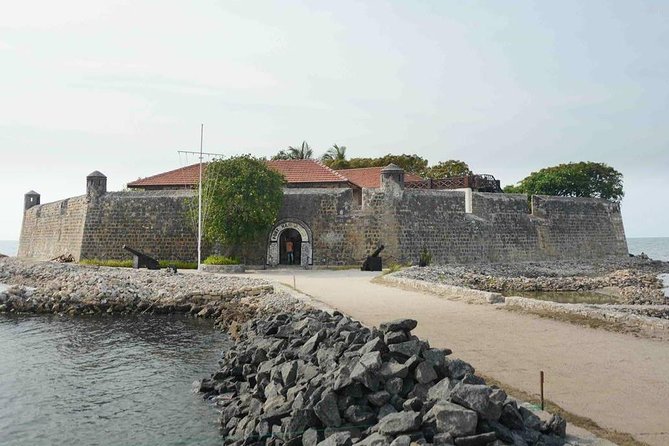 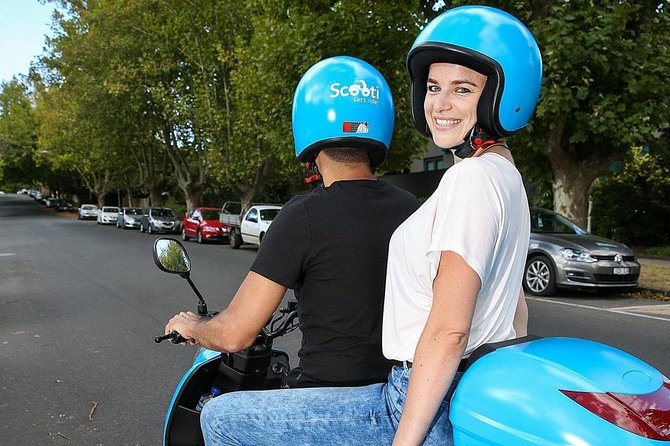 Personalized travelling will be created to the solo travellers by our tour riders. since you are travelling by bike, you may enjoy the panorama view of the sightseeing such as green farmlands, heritage houses, tallest Hindu temple towers with attractive statues.you can have a lunch experience at organic farmer's house.

Our hospitable experienced tour rider will pick you up from your convenient location within 10 km of the city limit, it may be your hotel, railway station, or bus stand etc...

Jaffna Fort is a fort built by the Portuguese at Jaffna, Sri Lanka in 1618 under Phillippe de Oliveira following the Portuguese invasion of Jaffna. The fort is located near the coastal village of Gurunagar.

Mantri Manai or Residence of the Ministers among the ruins. Ruins of Jaffna kingdom refer to the remains of the Remaining building structures of Jaffna

Nilavarai Bottomless Well is famous for being bottomless, though it is not literally bottomless. It is just called so because it has water throughout the year, it does not dry up even during droughts! You can pump water from it for several hours without the fear of emptying it. It is a very popular attraction in Jaffna. An interesting thing to note is that the first 40 feet of the water in this well is fresh which turns saline thereafter.

This well has a rather fascinating legend attached to it, almost all of it tracing to the Ramayana. According to this legend, Sita, the wife of Lord Ram, on the way to India was felt thirsty but there was no water to be found anywhere. Lord Ram shot an arrow on the earth, thus creating a well. Many people believe this to be the origin of the Nilavarai well.

“Maavittapuram in Tamil means ‘Ma’ (Horse), ‘Vitta’ (Removed) and ‘Puram’ (Holy City). The Chola princess, Maaruthapuraveegavalli, daughter of Thissai Ukkirasinga Cholan, King of the Chola regime in South India, was cursed by a sage when he was in penance. She, along with her friends, laughed and disturbed his penance. The particular sage, with a horse face, cursed Maaruthapuraveegavalli’s face to be turned into a horse face. If she wanted her human face back, she had to travel to Sri Lanka’s North, have a bath at the Keerimalai sacred springs and worship Lord Murugan. Accordingly, she travelled from South India to Jaffna, had a holy bath in the Keerimalai sacred springs and worshipped Lord Murugan. The horse face of Maaruthapuraveegavalli changed into a human face. She presented a Lord Murugan statue and requested her father to build a temple as thanksgiving.

“As per his daughter’s request, King Thissai Ukkirasinga Cholan, built a temple in 789 AD. This place was called Kovil Kadavai at that time, and was changed to Maavittapuram after the miracle. Maavittapuram and Keerimalai are inseparable,” says the Governing Authority and Chief High Priest of Maavittapuram Kanthaswamy temple, Maharajasri D.S. Ratnasabapathy Kurukkal, quoting the Thiruchenthur Puranam.

Keerimalai translates to ‘mongoose hill’ in the regional vernacular of Tamil. This refers to the local legend of a sage cursed with a face likened to a mongoose, who was later cured upon immersing themselves in the healing waters of the Keerimalai Sacred Water Spring. Today, the spring remains popular among throngs of local men and boys who splash about in a picturesque ancient pond overlooking the sea. The bathing area for women is separate, and can be found behind the main pond structure.

Just next door, is also the Keerimalai Naguleswaram Kovil – one of Sri Lanka’s sacred Pancha Ishwarams, or shrines dedicated to the Hindu god, Shiva, who is worshipped as the destroyer of evil. Dating back over thousands of years, it is said that the same cursed sage established this kovil in gratitude of the adjacent pond’s healing powers.

30 minutes north from Jetwing Jaffna, Keerimalai sits at the top edge of Sri Lanka and can easily be coupled with a trip to Dambakola Patuna in one journey. The sacred water spring and Naguleswaram Kovil are also within walking distance of each other, giving you ample time to explore both attractions in all their glory.

Following the arrival of Buddhism to Sri Lanka over 2000 years ago, Sanghamitta, the daughter of ancient Indian emperor Ashoka, landed at the ancient port of Dambakola Patuna with a sacred sapling from the Bodhi Tree under which the Buddha gained enlightenment. The Sri Lankan King Devanampiyatissa later used this sapling to plant the Jaya Sri Maha Bodhi at Anuradhapura, which today holds the honour of being the oldest surviving human-planted tree in the world. A temple was built here to commemorate the arrival of the sapling, however no remnants of this ancient landmark exist today. The Sri Lankan Navy however, has since built a new temple named the Sri Sangamitta Viharaya, and is one of the key Buddhist landmarks of the northern peninsula.

Dambakola Patuna can be reached via road on a 45-minute journey from Jetwing Jaffna. The Sri Sangamitta Viharaya is situated on a coastline that skirts the northern edge of Sri Lanka, overlooking the azure waters of the Palk Strait. On a clear day, you may even be able to see the edge of India’s southern coastline.

The Casuarina Beach in Karainagar is the most excellent beach in the Jaffna Peninsula. One can walk a long way in the deep blue water with calm waves touching towards the land. The beach lies on the north of Karativu island, one of the largest island in the peninsula which is joined to the mainland over a causeway.

The beach probably got its name due the Casuarina Trees are grown along the beach. The beach lies about 20 km off Jaffna and may take about 45 minutes to travel by a vehicle. This beach is very different from the other beaches found in Sri Lanka. The sand has a unique color. Shallow water, no waves, can go a long space toward the sea and a very safe place to have a bath. The fisherman in the area use kind of a flat boat made out of wooden logs which resembles a full boat cut in half. These are used to fish in shallow waters and go about prawn farms in the sea. The beach itself is pretty different to a normal Sri Lanka beach. Since this is a very popular beach in Jaffna you get some shops here with food, handicrafts.

Fort Hammenhiel is a fort built around a small island between the islands of Kayts and Karaitivu of Jaffna Peninsula in Northern Sri Lanka. The Portuguese built this fort in the mid 17th century of quarried coral and named it Fortaleza Real . The Dutch renamed it as Hammenhiel and it was rebuilt by them in 1680. The prison has nine large dungeons to store gunpowder.

Informacion Adicional
"Confirmation will be received at time of booking"
"Not wheelchair accessible"
"Near public transportation"
"Not recommended for travelers with back problems"
"Not recommended for pregnant travelers"
"Most travelers can participate"
"This experience requires good weather. If it’s canceled due to poor weather, you’ll be offered a different date or a full refund"
"This is a private tour/activity. Only your group will participate"