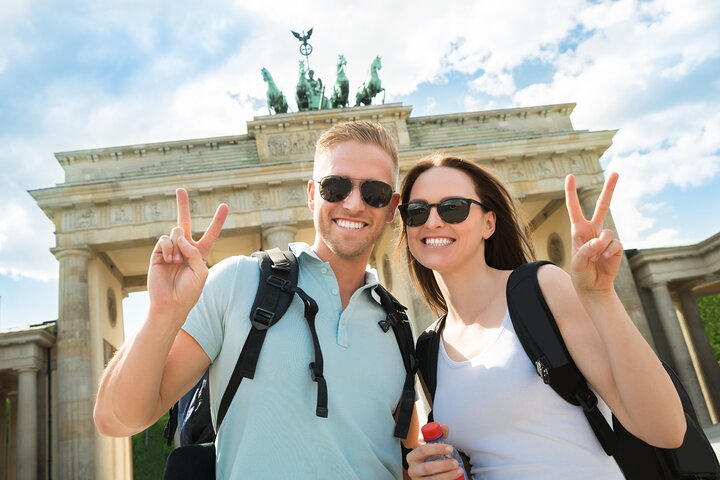 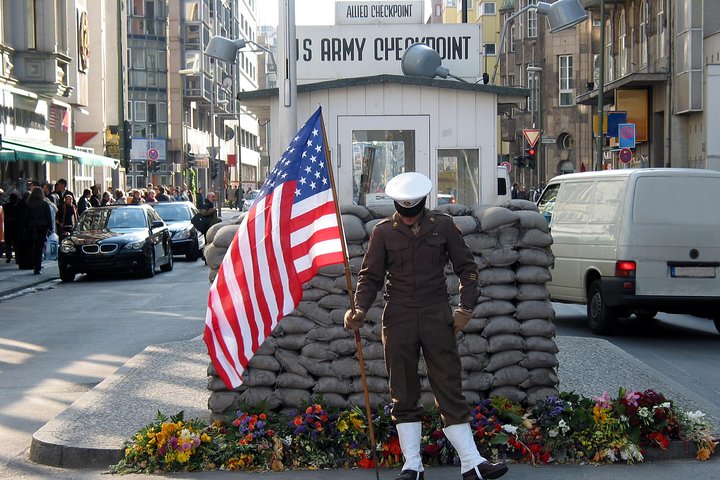 This is the perfect tour to visit Berlin if you arrive on a cruise ship in Warnemunde. Our driver will meet you directly at the ship and will bring you to Berlin where you will meet your personal guide for an about 6-hour tour before you head back to the ship.

On this tour you will see all the main sights of the city, such as the Brandenburg Gate, the Reichstag Building, Checkpoint Charlie and the longest remaining strip of the Wall – called East-Side-Gallery. We will also visit with you the Holocaust Memorial, the Museum Island, and we get along the Victory Column, the Memorial Church and the Television Tower.

During the tour there will be several stops to take pictures and short walks. For lunch, you may prefer a quick snack or, upon request, we will bring you to a restaurant with local cuisine to enjoy typical German food.

The Brandenburg Gate is a historical city gate and became later the symbol of the once divided and reunited Germany.

The historical city boulevard. Most buildings have been built in the 19th century under Prussian Kings, such as the State Opera House.

The shopping boulevard of Berlin with exclusive stores.

This huge and impressive memorial is dedicated to the Jews that have been murdered under the Nazis. We will walk through this memorial with you.

Former checkpoint between the allied and Soviet sector when the city was divided by the Wall.

Open-air documentation of the Berlin Wall. We will walk on the site of the former death strip where people grabbed tunnels to flee to the West.

We will see the site where the once the headquarter of the Nazi terror regime used to be. Today there is an exhibition you will visit.

See the seat of the German parliament with its impressing glass dome.

The historical city center of Berlin with lots of restaurants offering local cuisine. Maybe you want to stop there for lunch.