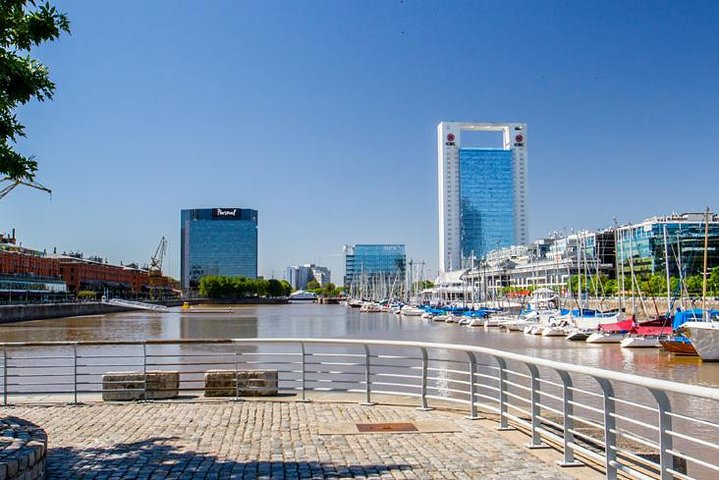 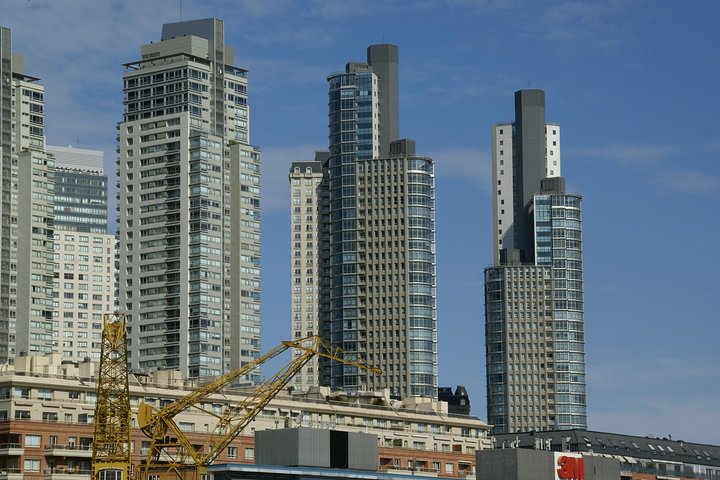 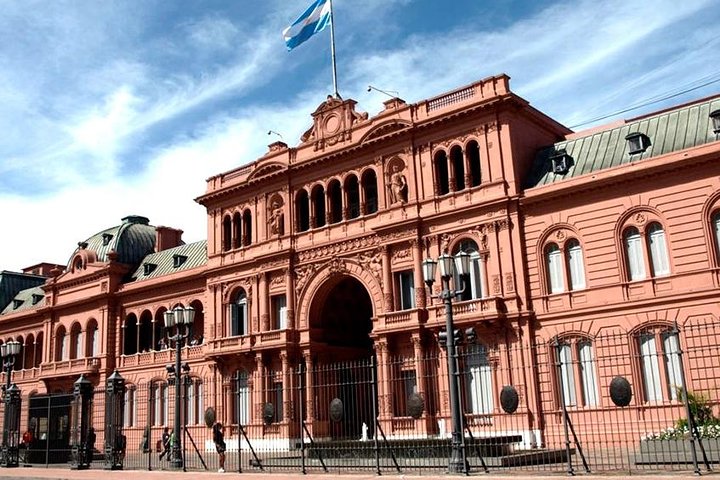 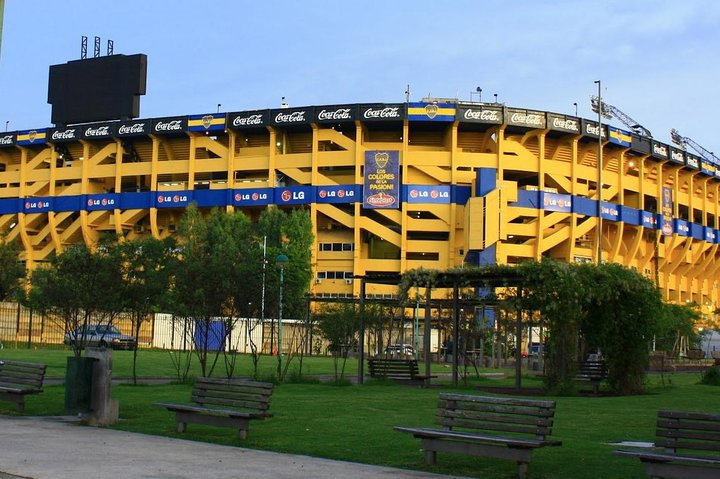 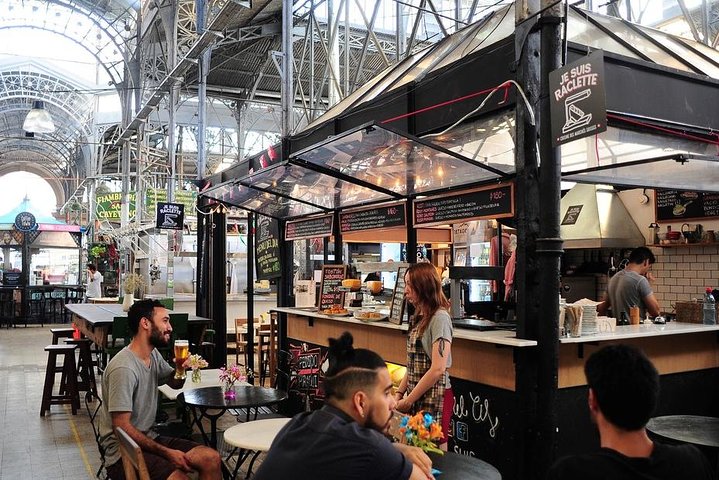 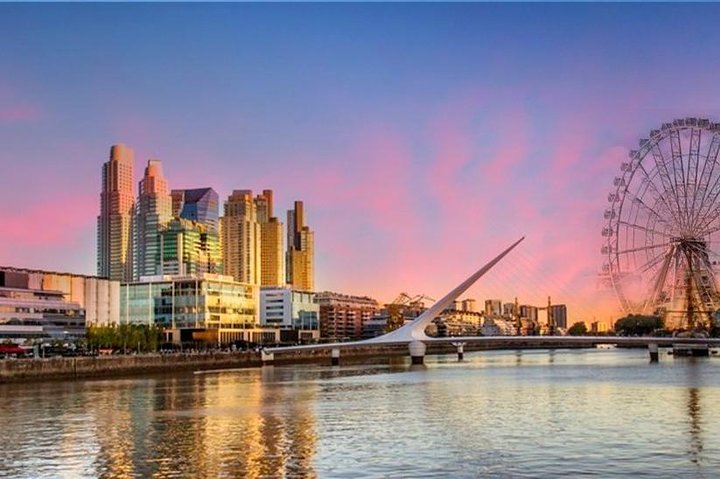 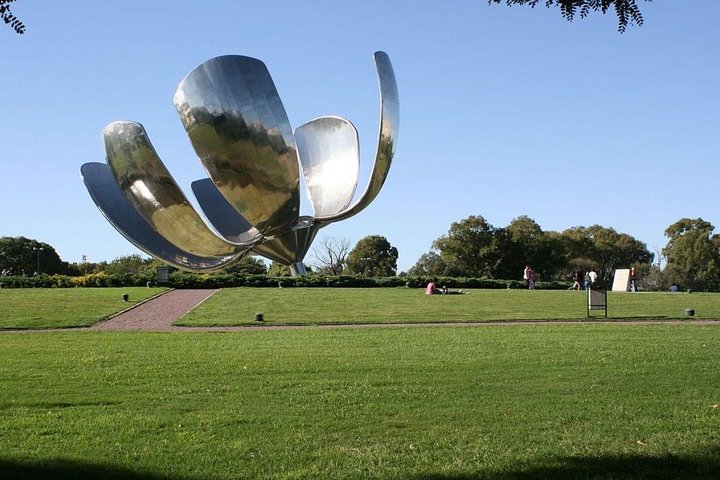 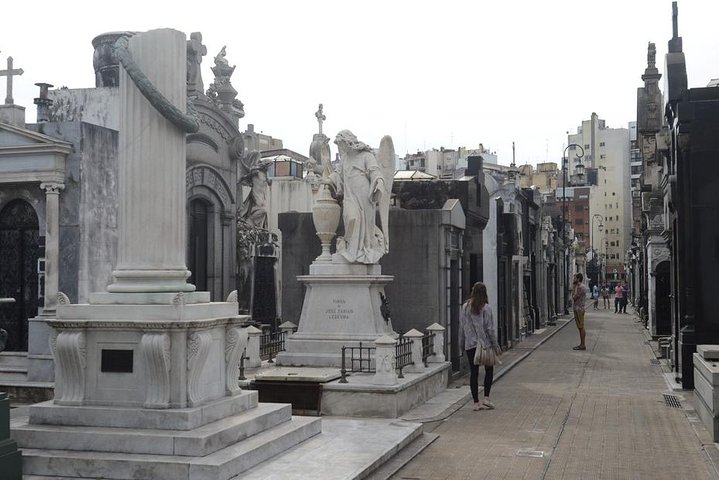 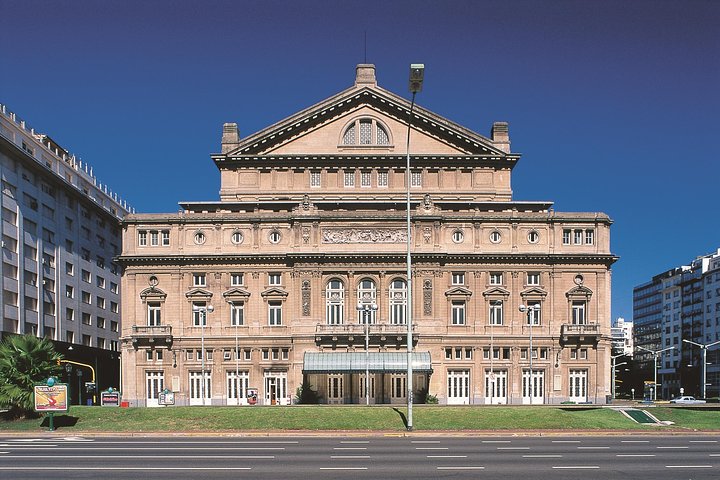 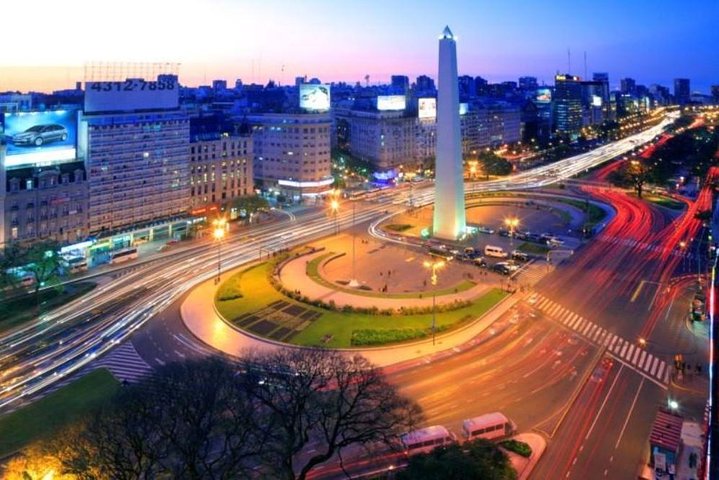 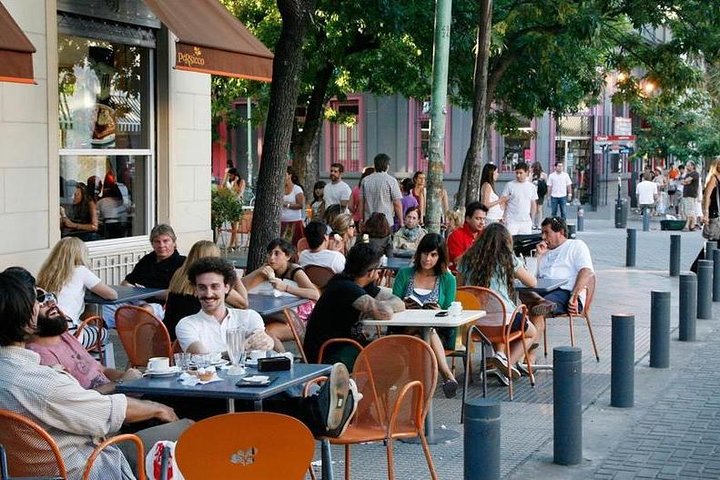 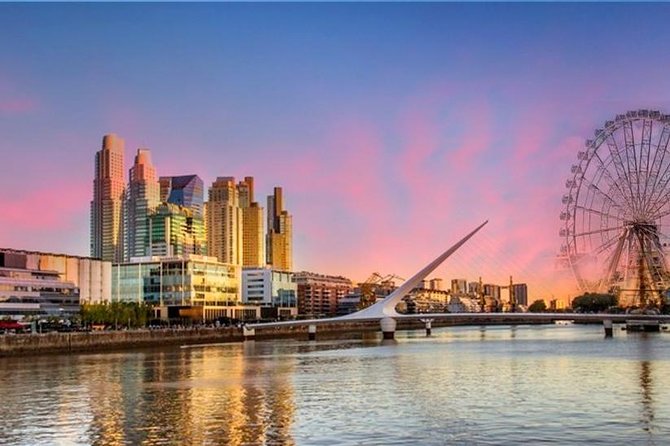 Discover the best of Buenos Aires, enjoying the past and the present of the city. Starting on the north where we will find wide green spaces and French style mansions. In the center of the city we will pass through the emblematic 9 de Julio Avenue, we will observe some of the most important points of interest such as the Colon Theater and the Obelisk. Upon reaching Plaza de Mayo, where the foundation of the city took in 1580, we will find the Casa Rosada, the Cabildo and the Metropolitan Cathedral. The tour continues visiting San Telmo, the native neighborhood of tango, and La Boca, where you can feel the pas- sion for football in the famous Bombonera. We will observe the colorful tenements, home to the Italian immigrants of the late 19th. century and the picturesque Caminito street that gives name to Carlos Gardel’s famous tango. The tour ends in the modern Puerto Madero, converted into the widest and most varied gastronomic area. You can aquire OPTION WITH LUNCH AT Cucina D’Onore

The Metropolitan Cathedral of Buenos Aires is the main Catholic temple in Argentina, the main headquarters of the Catholic Church of Argentina

The Plaza de Mayo is the oldest in Buenos Aires and is the scene par excellence of all the most important political events in Argentine history, with the exception of the Declaration of Independence.

Its name is a tribute to the Revolution of May 25, 1810, which occurred in this same square and that began the quest for Argentine independence, from which they began to choose a form of government of their own. It is also the place where the city was founded for the second time, on June 11, 1580 by Juan de Garay. In the center of the square is the May Pyramid, a monument built in 1811 to celebrate the centenary of the Revolution and that was reformed in 1856 by the artist and architect Prilidiano Pueyrredón. The monument to Manuel Belgrano, creator of the national flag, is located between the May Pyramid and the Government House.

The Casa Rosada is the seat of the Executive Power of the Argentine Republic. Within it is the office of the president of the Argentine Nation. This building is located in 50 Balcarce Street, in the neighborhood of Monserrat in the City of Buenos Aires, in front of the historic Plaza de Mayo

It was the first avenue that the City of Buenos Aires had and the backbone of the historical and civic center of the metropolis. It connects the historic Plaza de Mayo with the Plaza del Congreso in an extension of ten blocks. He was born opulent and majestic, with great Spanish influence. It was transformed, over time, into the scene of Buenos Aires social demonstrations.

San Telmo is an old neighborhood with bohemian touch thanks to its temporary art galleries, night bars and street murals. The Defensa street, full of antique shops and bustling brasseries, passes through the Dorrego square, where many tourists come on Sundays to see the street market and street performances. Winding roads run through Lezama Park among jacaranda trees. Here is also the National Historical Museum, Italianate style. The neighborhood is full of exclusive restaurants with tango shows.

La Boca is a working class neighborhood that has several attractions next to the Riachuelo. Asadores and street artists mark the entire Caminito, a narrow alley flanked by brightly colored zinc houses that evoke its origin as an immigrant neighborhood.

For its 140 meters wide, it is known as "the widest avenue" in the world. It goes through the center of the city from Constitución to Av. Del Libertador. It was inaugurated in 1937 and originally designed by the prestigious landscaper Carlos Thays. It has 1000 jacarandas, ceibos and cherry trees, many of them donated by Japan. The challenge of those who cross it usually is to do it walking from one end to the other in a single attempt and without the traffic lights interrupting.

The Alberto J. Armando Stadium, better known as La Bombonera, is a football stadium owned by Club Atlético Boca Juniors. It is located in the neighborhood of La Boca in the city of La Boca

Puerto Madero is a renovated neighborhood that faces the bay. Its renovated redbrick buildings house exclusive grills frequented by tourists and businessmen at lunchtime. There are also modern skyscrapers with multinationals and luxury apartments. The lakes in the area are surrounded by trails, as is the ecological reserve Costanera Sur, very popular with runners and families. The elegant suspension bridge of the Woman connects the ports. Finis the tour in this point

Caminito is one of the most emblematic promenades of the city and of the unmissable attractions for those who visit it. With its typical sheet metal tenements in the neighborhood of La Boca, which show its walls painted in different colors, it is also an open-air museum of almost 150 meters in length. Its sinuous layout is due to the fact that it follows the course of a stream that flowed until the beginning of the 20th century

After the tour we will have lunch here: ( only for people who aquire city tour with lunch included) : Cucina D’Onore is synonymous of Ar- gentine cuisine with immigrant roots. There is an air of Italian trattoria, a product of excellent quality is ela- borated which is accompanied by the warmest and most personalized at- tention to its customers. It has a dis- tinguished menu, where artisanal pastas and seafood are the prota- gonists, although CARNE is the star.

Born in the neighborhood of Puerto Madero and ends in Chacarita. Throughout its 70 blocks, it crosses the neighborhoods of Balvanera (in its areas of Once and Abasto, as they are known, and where the Abasto Shopping Center is located), Almagro and Villa Crespo, all closely linked to the history of Tango and culture. Being one of the main cultural axes of the city, the Avenue (or as it is still called Corrientes Street) owes its name to the first city in the interior of the country that supported the Argentine Independence.