Boston In One Day Sightseeing Tour, With Lexington And Concord

Boston In One Day Sightseeing Tour 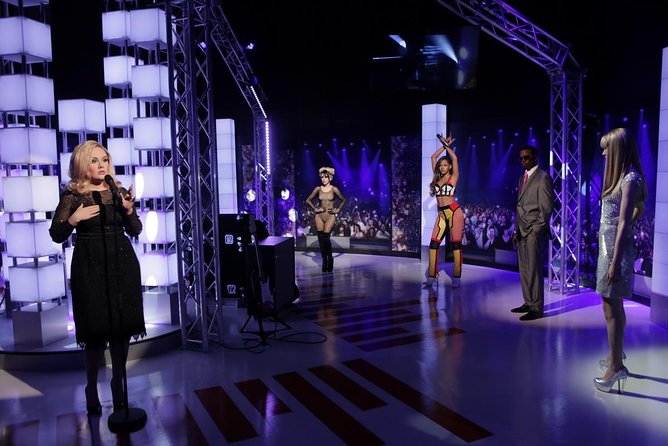 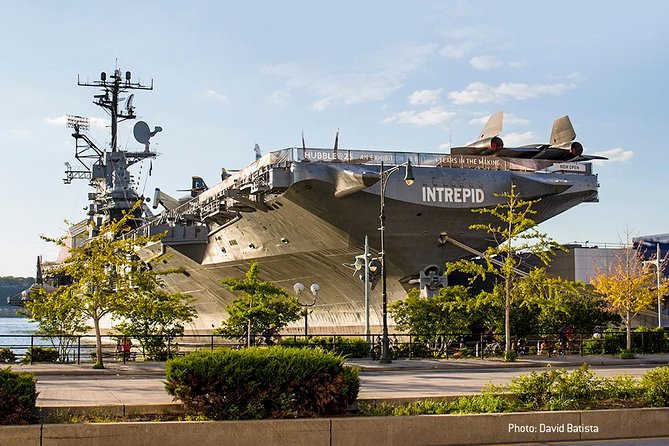 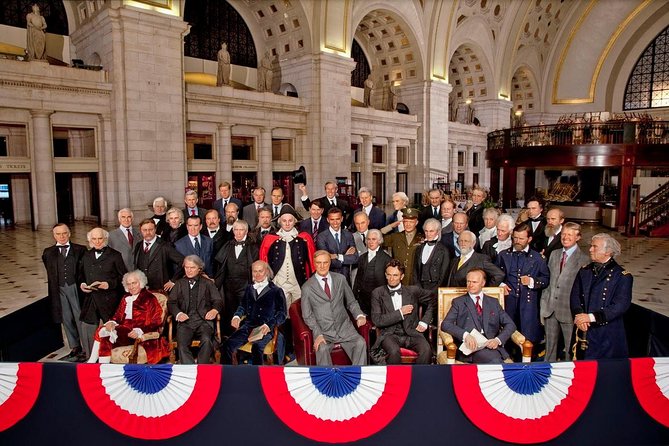 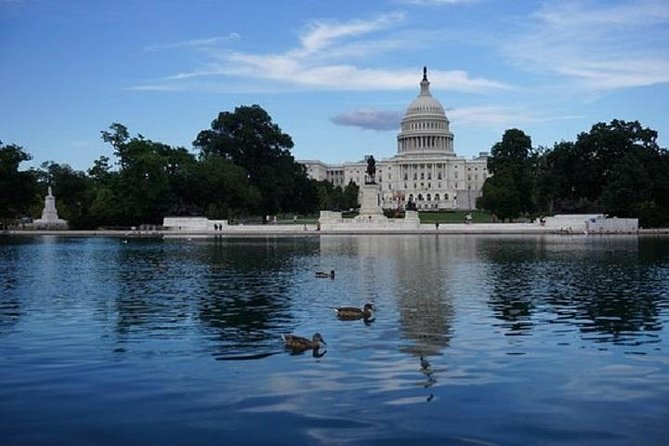 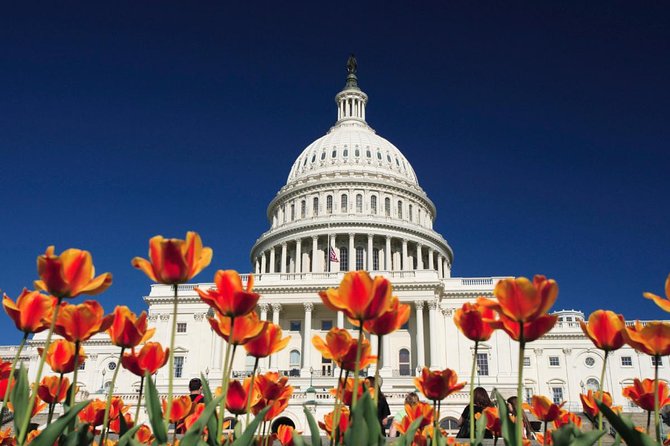 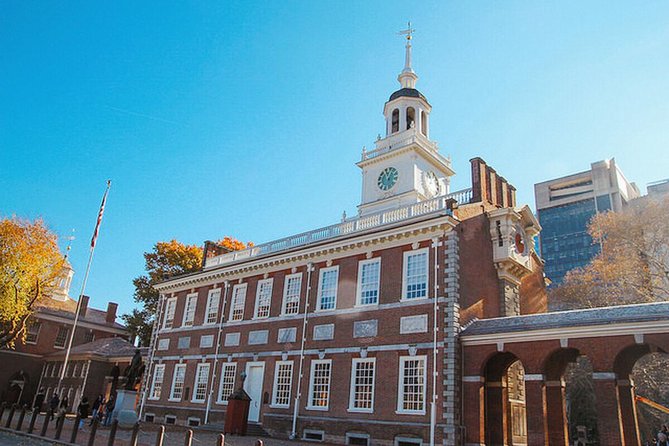 Itinerary will be change in the winter due to certain attraction close for winter.
1. Visit the capital of USA—Washington DC, go inside of US Capitol, take pictures with the Supreme Court and Library of Congress

2. Be on the top of Philadelphia—One Liberty Observation

Stop At: U.S. Capitol, East Capitol St NE & First St SE, Washington DC, DC 20004
(Visit inside, 90 mins) The famous United States Capitol is the meeting place of the US Congress and has been for more than 200 years. The building is famous for its elaborate dome and intricately designed, detailed columns.
Duration: 1 hour 30 minutes

Stop At: National Ferry Corporation, 1320 Maine Ave SW, Washington, DC 20024, USA
DC Sightseeing Cruise
The Potomac River runs along Washington, DC, the capital city of the United States of America. Visitors to this famous locale can opt to see many of the area's most historic landmarks and memorials in a unique way.
Duration: 1 hour

Stop At: White House, 1600 Pennsylvania Ave, Washington DC, DC 20500
(Outside Visit, 20 mins) The White House is the official residence and workplace of the president of the United States. It is located at 1600 Pennsylvania Avenue NW in Washington, D.C. and has been the residence of every U.S. president since John Adams in 1800.
Duration: 20 minutes

2. If U.S. Capitol closed to visitors, we will see the exterior of the Capitol building from outside. The Capitol Visitor Center is open to visitors from 8:30 a.m. to 4:30 p.m. Monday through Saturday except for Thanksgiving Day, Christmas Day, New Year's Day and on Inauguration Day.

Stop At: Liberty Cruise, World Financial Terminal, New York, NY 10281, USA
Liberty Cruise
(Optional)
Any trip to New York City must include a boat cruise around the Statue of Liberty. This iconic landmark has stood in the city that never sleeps for more than 100 years, as a joint effort between America and France to celebrate the anniversary of America's independence. And the sightseeing cruise tour on the Hudson River to enjoy the city view from a totally different angle, as well as take pictures with Brooklyn Bridge.
Duration: 1 hour

Stop At: Intrepid Sea, Air & Space Museum, 12th Avenue & 46th Street Pier 86, New York City, NY 10036
(Optional)This famous military history museum on Manhattan's West Side is inside the now-defunct World War II aircraft carrier, the USS Intrepid. The mission of the Museum is to promote awareness and understanding of history, science, and service through its collections, exhibitions, and programming in order to honor the heroes, educate the public and inspire youth. Exhibits include real military aircraft as well as recreations of military life aboard the ship.
Duration: 1 hour 30 minutes

Stop At: Times Square, Broadway, New York City, NY 10036
Called "The Crossroads of the World," this major intersection in midtown Manhattan-- where Broadway hits Seventh Avenue-- is a world-famous icon of both New York City and the United States. It has appeared in countless forms of media.
Duration: 20 minutes

Stop At: Madame Tussauds New York, 234 W 42nd St, New York City, NY 10036-7215
(Optional)Madame Tussauds New York in the heart of Times Square is the only place with no ropes or barriers holding you back from your favorite stars. Voted as one of New York’s most unique attractions, Madame Tussauds invites you to pose “in a moment in time” with the world’s most iconic musicians, A-list stars, sports legends, world leaders and more. With over 85,000 square feet of interactive entertainment, including Ghostbusters: Dimension hyper-reality experience, the world famous wax attraction is bigger and better than ever.
Duration: 1 hour

Stop At: Empire State Building, 20 West 34th Street, New York City, NY 10118-0114
(Optional) The Empire State Building stood as the world's tallest building for nearly 40 years, and now it is an American cultural icon and has been featured in more than 250 TV shows and movies since the film King Kong was released in 1933. A symbol of New York City, the tower has been named as one of the Seven Wonders of the Modern World by the American Society of Civil Engineers.
Duration: 1 hour 10 minutes

Informacion Adicional
"Confirmation will be received within 48 hours of booking, subject to availability"
"Not wheelchair accessible"
"Stroller accessible"
"Near public transportation"
"Most travelers can participate"
"This experience requires good weather. If it’s canceled due to poor weather, you’ll be offered a different date or a full refund"
"This experience requires a minimum number of travelers. If it’s canceled because the minimum isn’t met, you’ll be offered a different date/experience or a full refund"
"This tour/activity will have a maximum of 55 travelers"

Boston In One Day Sightseeing Tour, With Lexington And Concord

Boston In One Day Sightseeing Tour