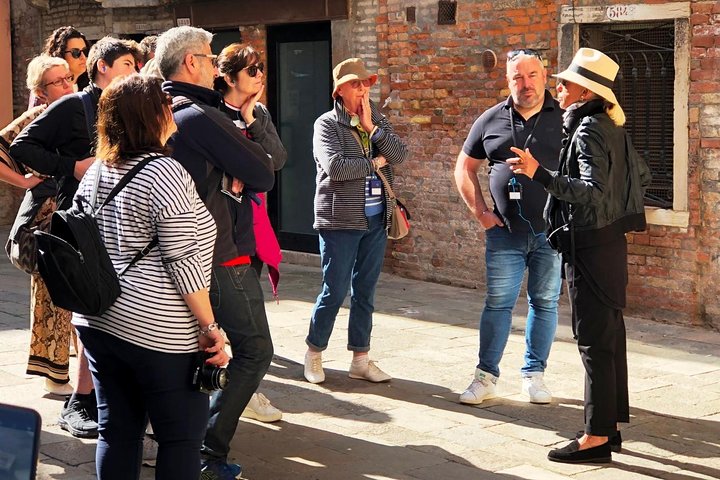 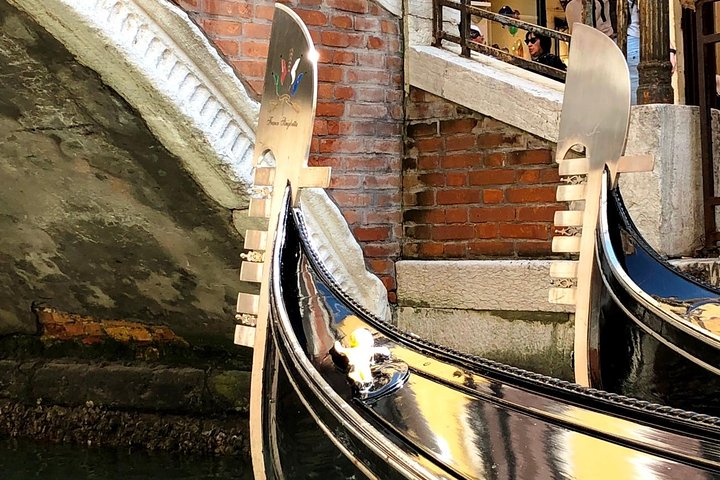 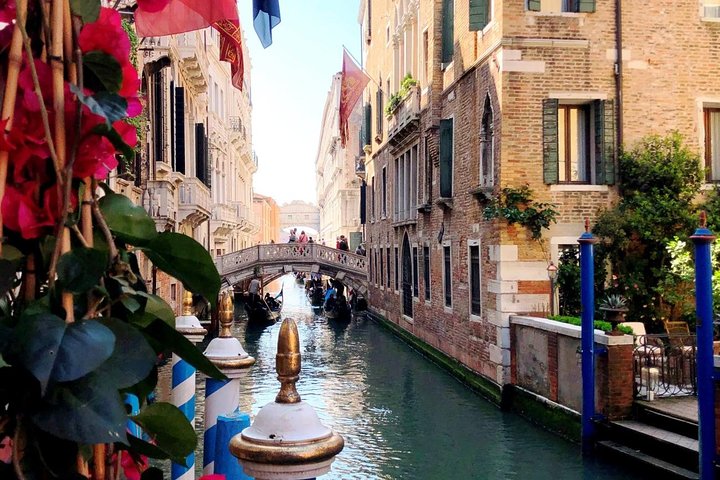 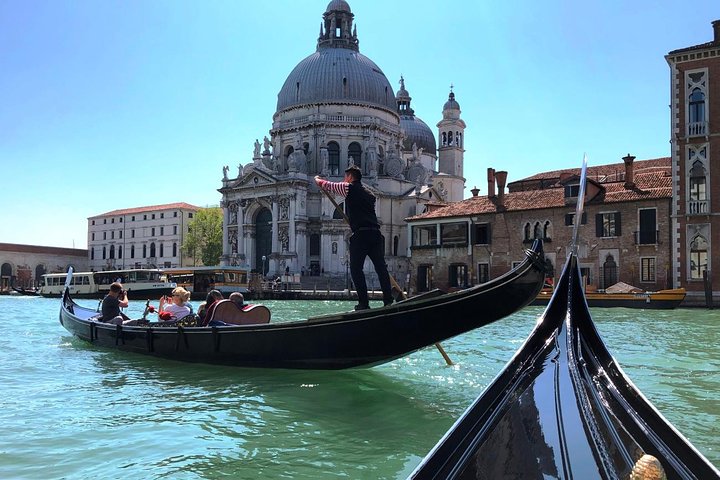 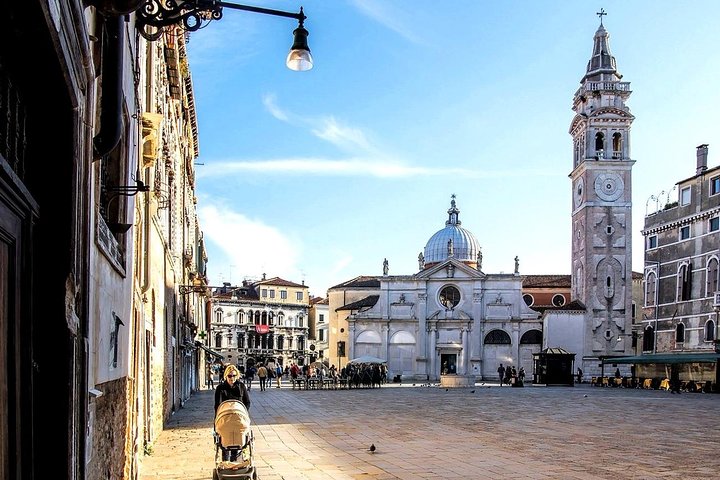 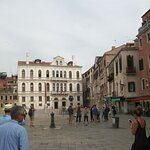 Walk through Venice with a professional guide to discover the main treasures of this incomparable city. Then enjoy the unique experience of a gondola ride in Venice. This combined tour is an extraordinary way of getting the most of traditional Venetian culture.

Gem of Venice, Piazza San Marco is one of the must-sees places if you're visiting this beautiful city.

Marco Polo was an Italian traveller, writer, ambassador and merchant.
The report of his travels in the Far East is collected in the work Il Milione, a veritable geographical encyclopaedia that brings together the essential knowledge available in Europe at the end of the 13th century about Asia.

Santa Maria della Salute is a basilica in Venice built in the area of Punta della Dogana, from where it stands out in the panorama of St Mark's Basin and the Grand Canal. Designed by Baldassare Longhena with attention to Palladio's models, it is one of the best expressions of Venetian Baroque architecture. Its construction was a votive offering to the Virgin Mary by the Venetians to save them from the plague, which decimated the population between 1630 and 1631, as had happened previously with the Church of the Redeemer. The cult became so deeply rooted in Venice that the Virgin Mary was added to the list of patron saints of the city of Venice. In December 1921 Pope Benedict XV elevated it to the rank of minor basilica.

The Gran Teatro La Fenice, located in the Sestiere di San Marco in Campo San Fantin, is today the main opera house in Venice and one of the most prestigious in the world. Every year it holds the traditional New Year's Concert. Twice destroyed and rebuilt, it has been the venue for major opera and symphonic seasons and the International Festival of Contemporary Music.

The basilica of Saints John and Paul is one of the most impressive medieval religious buildings in Venice, together with the basilica of Santa Maria Gloriosa dei Frari. It is considered the pantheon of Venice due to the large number of Venetian doges and other important figures who have been buried there since the 13th century. It stands in the campo of the same name, in the Castello district. In September 1922 Pope Pius XI elevated it to the dignity of a minor basilica.

Campo Santa Maria Formosa is a campo in Venice, located in the Castello district.
It is one of the largest squares in the city: a total of nine calli and eleven bridges (some of which simply connect the entrances to the palaces) branch off from it.
The name is due to the presence of the church of Santa Maria Formosa.


Informacion Adicional
"Confirmation will be received at time of booking"
"At the tour departure point you will meet a representative who will check your vouchers and give you information to do the tour."
"No credit or refunds will be given in the case of a no show (if you don't show up at the meeting point at the time indicated on your voucher)"
"Please note that this is a combo tour of 2 single itineraries: a 1.5-hour walking tour, and a 30-minute gondola ride"
"This is a collective tour, which means there might be other participants going on the tour with you."
"The gondola ride might be suspended in case of bad weather. In such cases you are required to go to the tour departure point in order to know whether the tour takes place or not and any alternative ways to use the service."
"Please note that, due to the particular morphological structure of Venice and the logistic problems resulting from it, we cannot guarantee that the whole tour is accessible to people with limited mobility. This means that people with walking difficulties and wheelchair users could not be able to access some parts of the itinerary."
"From November 1st to March 31st, tour may be operated with a bilingual guide in the event two different language-groups are combined (information will be presented in both languages)"
"A gondola can host up to 5 people, thus if your reservation includes more than 5 people, your group will be divided into smaller groups, or rather you will enjoy different gondolas."
"This is a collective tour, so there might be other people enjoying your same gondola. In this case people belonging to your reservation can be divided into different gondolas."
"Not wheelchair accessible"
"Near public transportation"
"No heart problems or other serious medical conditions"
"No explanations are provided during the gondola ride"
"Most travelers can participate"
"This experience requires good weather. If it’s canceled due to poor weather, you’ll be offered a different date or a full refund"
"This tour/activity will have a maximum of 999 travelers"