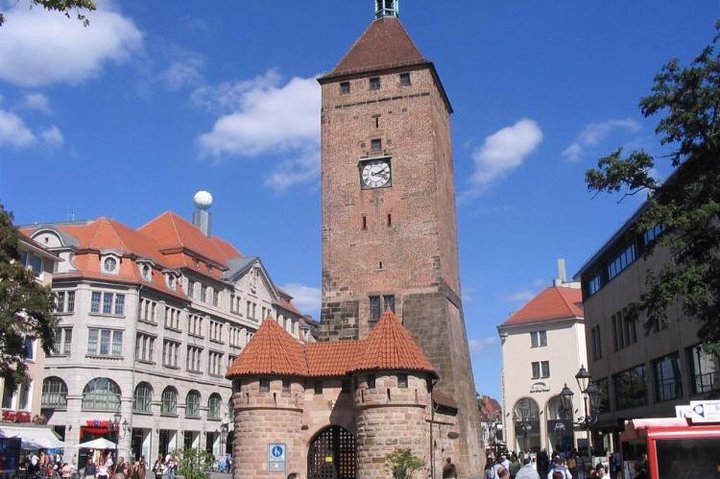 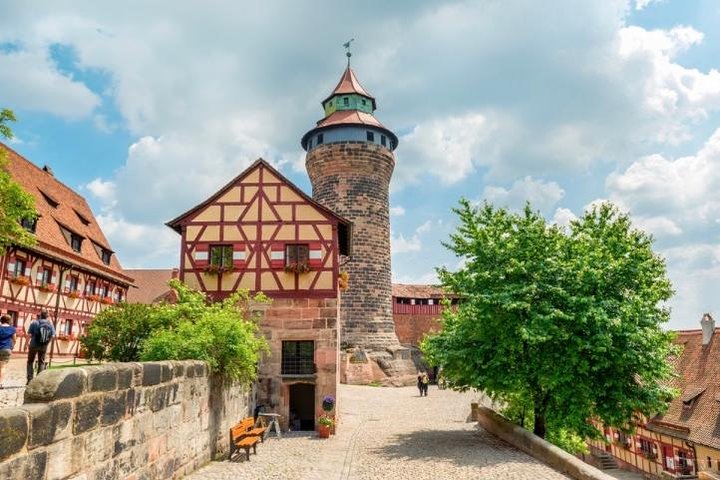 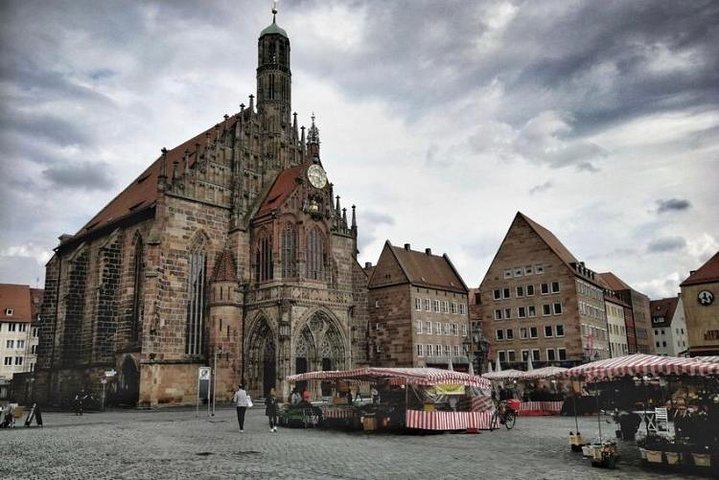 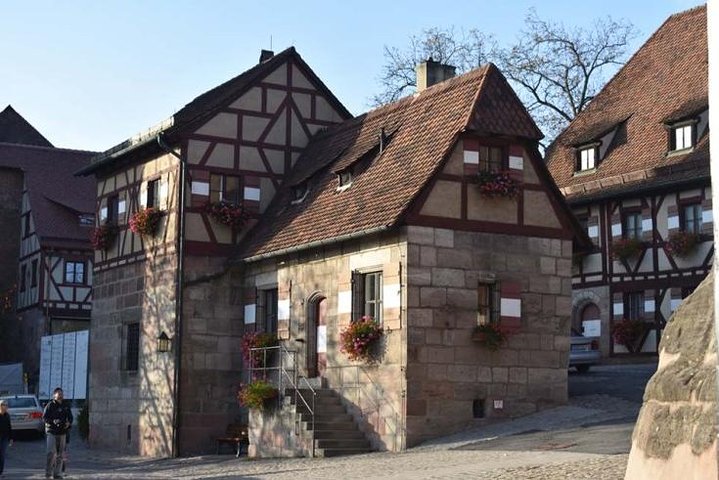 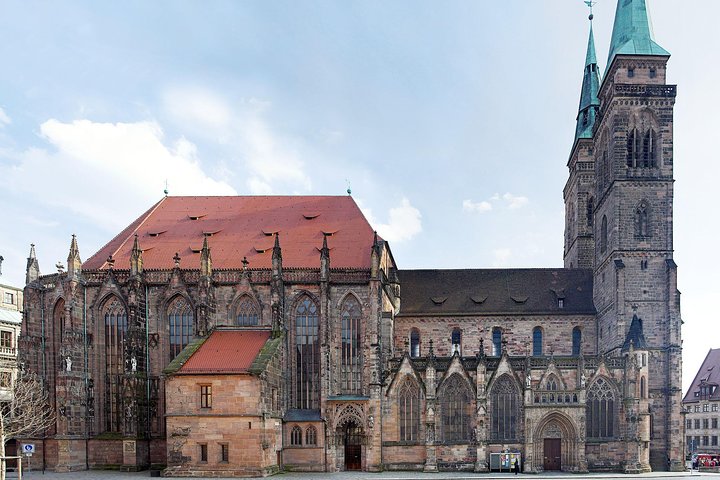 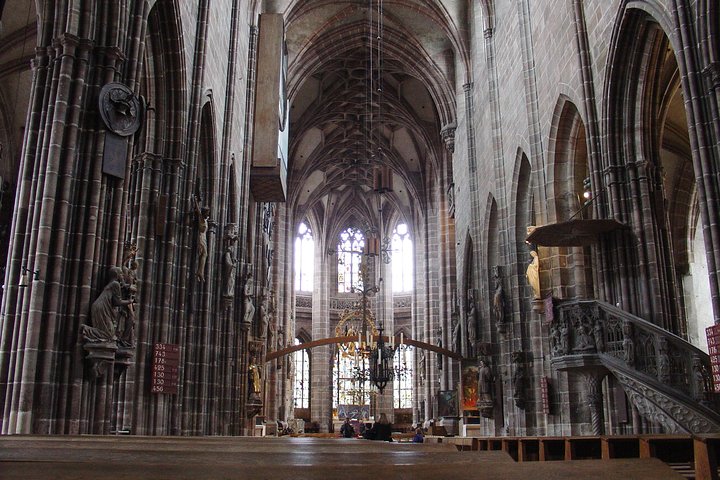 First of 3 most important churches in Nuremberg

Charles IV looks over the main market from the Frauenkirche

A pleasant walk through the Old Town offers information on the castle, fountains, wells, city churches and art treasures, as well as on the taste of colorful cities and cosmopolitan present of the first unrecognized German capital.

is a group of medieval fortified buildings on a sandstone ridge dominating the historical center of Nuremberg in Bavaria, Germany.

The castle, together with the city walls, is considered to be one of Europe's most formidable medieval fortifications. It represented the power and importance of the Holy Roman Empire and the outstanding role of the Imperial City of Nuremberg.

s a Nuremberg Fachwerkhaus that was the home of German Renaissance artist Albrecht Dürer from 1509 to his death in 1528. The House lies in the extreme north-west of Nuremberg's Altstadt, near the Kaiserburg section of the Nuremberg Castle and the Tiergärtnertor of Nuremberg's city walls.

The construction of the building began in 1225. the church achieved parish church status in 1255 and was completed by 1273-75. It was originally built as a Romanesque basilica with two choirs. During the 14th century several important changes to the construction were made: first the side aisles were widened and the steeples made higher (1309–1345), then the late gothic hall chancel was built (1358–1379). The two towers were added in the 15th century. In the middle 17th century galleries were added and the interior was remodelled in the Baroque fashion. The church suffered serious damage during World War II and was subsequently restored. Some of the old interior undamaged includes the Shrine of St. Sebaldus, works by Veit Stoss and the stained glass windows. In the church the famous epitaph of the Tucher family can be found.

Duration: 2 To 3 Hours
Start location: Traveler pickup is offered
The guest decide the pick up location