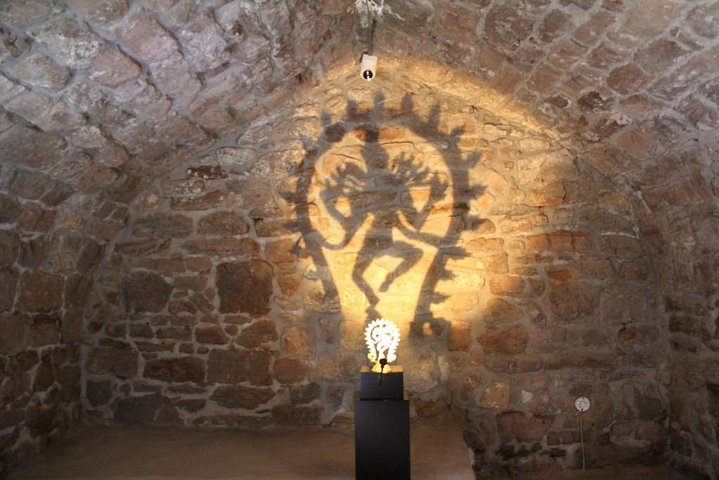 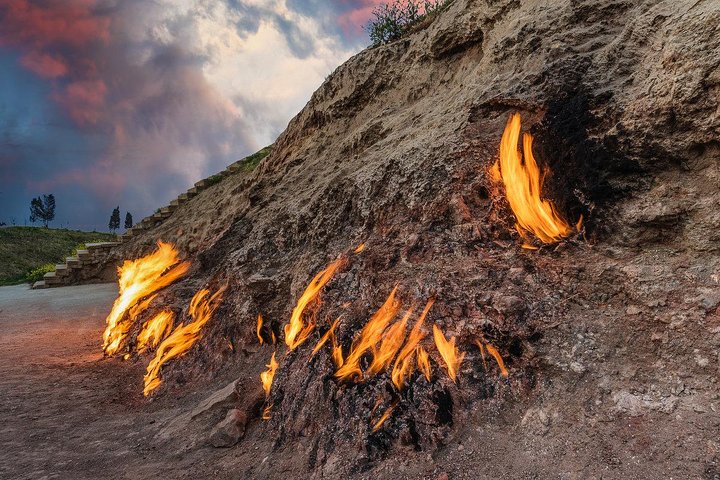 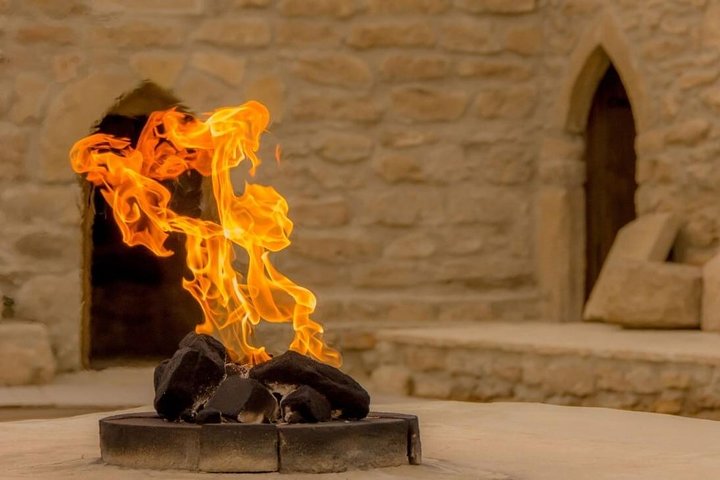 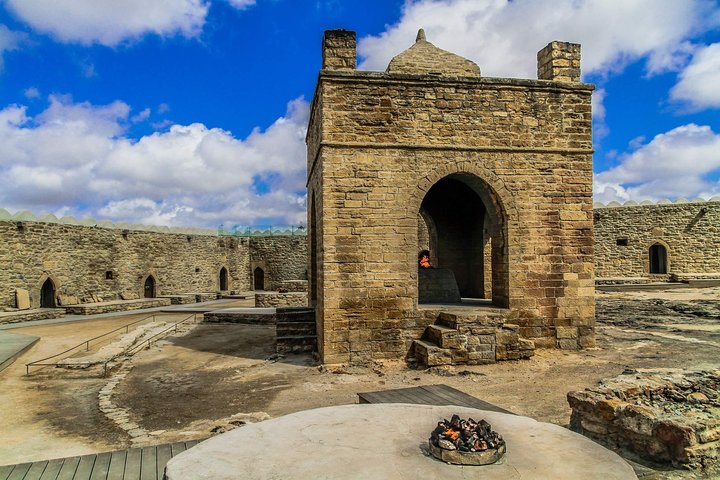 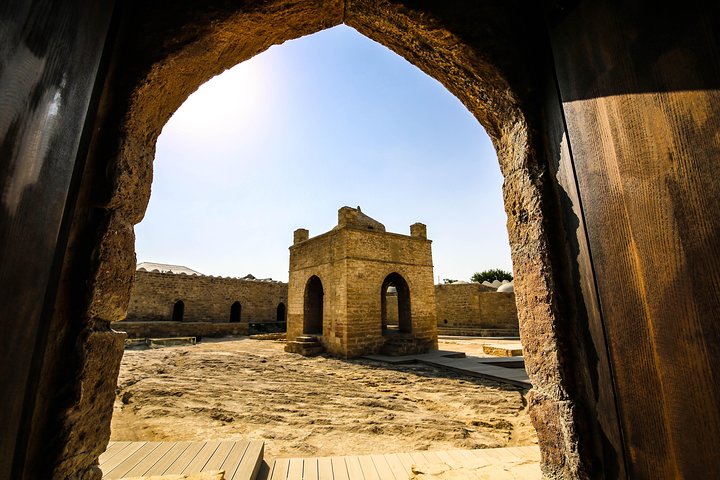 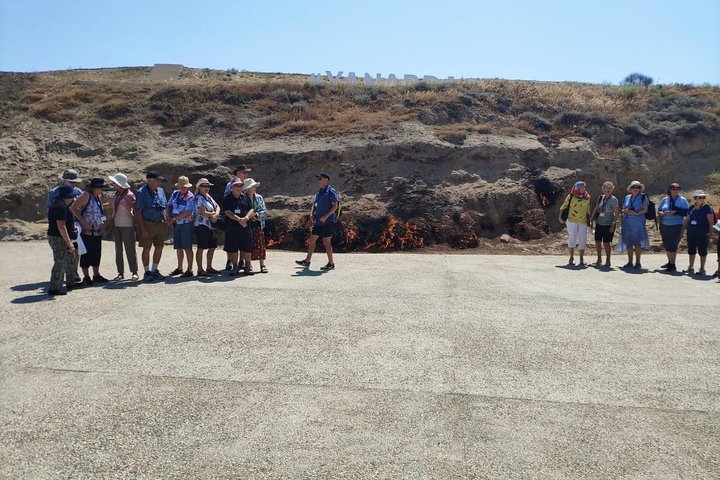 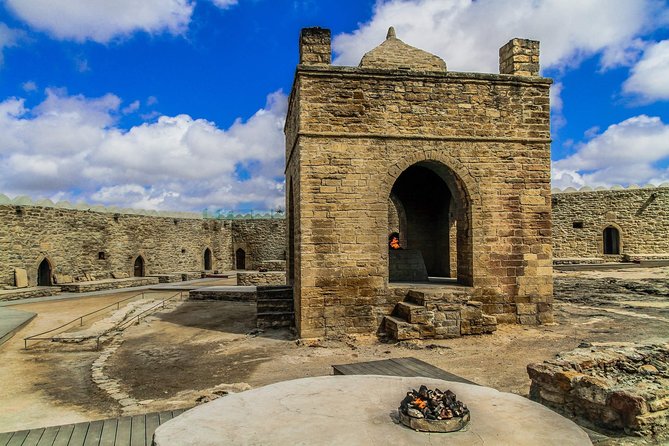 Azerbaijan: the land of burning flames

We provide Land of Burning flames tour on Absheron Peninsula. Start time is 10:00. Duration usually takes 3-5 hrs. You will see Fire temple and burning mountain and will learn many facts about Azerbaijan and traditions.

Ateshgah often called the "Fire Temple of Baku" is a castle-like religious temple in Surakhani town, a suburb in Baku. The pentagonal complex, which has a courtyard surrounded by cells for monks and a tetrapillar-altar in the middle, was built during the 17th and 18th centuries. It was abandoned in the late 19th century, probably due to the dwindling of the Indian population in the area. The Baku Ateshgah was a pilgrimage and philosophical center of Zoroastrians from Northwestern Indian Subcontinent, who were involved in trade with the Caspian area via the famous "Grand Trunk Road". The Temple of Fire "Ateshgah" was nominated for List of World Heritage Sites, UNESCO in 1998

Yanardag is natural gas fire which blazes continuously on a hillside on the Absheron Peninsula on the Caspian Sea near Baku. Flames jet into the air 3 metres (9.8 ft) from a thin, porous sandstone layer. The reason offered for the Yanar Dag fires is the result of hydrocarbon gases emanating from below the earth's surface. Alexandre Dumas, during one of his visits to the area, described a similar fire he saw in the region inside one of the Zoroastrian fire temples built around it. Only a handful of fire mountains exist today in the world, and most are located in Azerbaijan. Due to the large concentration of natural gas under the Absheron Peninsula, natural flames burned there throughout antiquity and were reported on by historical writers such as Marco Polo.

People often go there to see these dancing flames which never get extinguished and enjoy a cup of tea at the nearby café. It's a fascinating phenomenon to watch, especially at dusk. It's easy to understand how such eternal fires, fueled from the earth itself, became objects of worship.The appearance of the Zoroastrians in Azerbaijan almost 2,000 years ago is closely connected with these geological phenomena, and, according to one theory, the name "Azerbaijan" itself was derived from the word for "fire" in Persian. The cult of fire worship was paramount throughout the history of pre-Islam in this region.

Duration: 3 To 4 Hours
Start location: Traveler pickup is offered
We pick up from any hotel in Baku