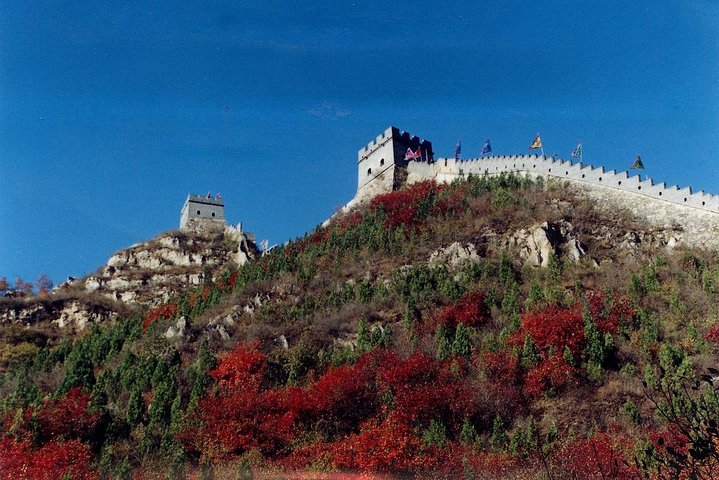 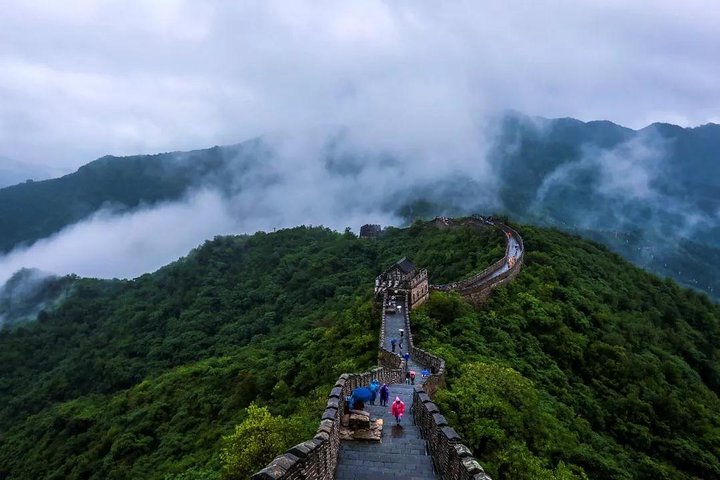 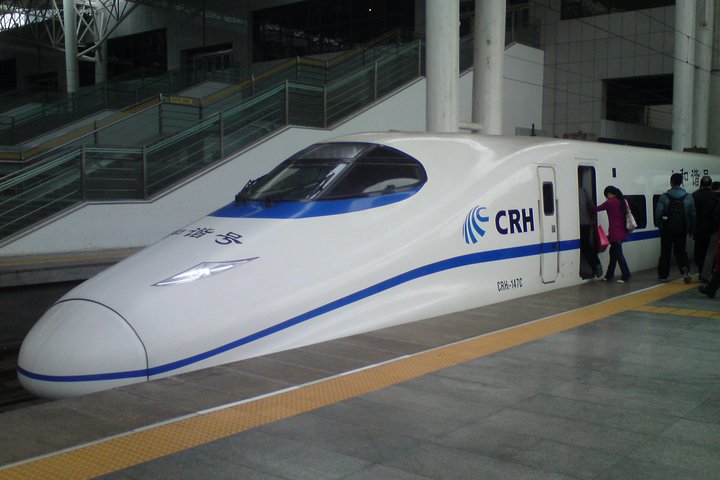 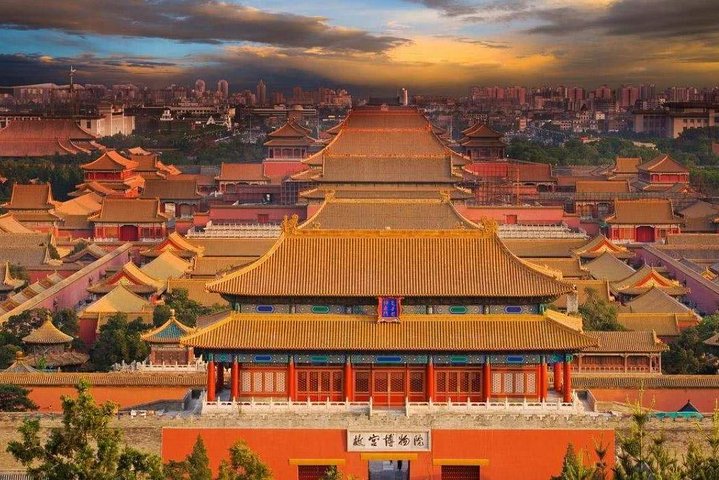 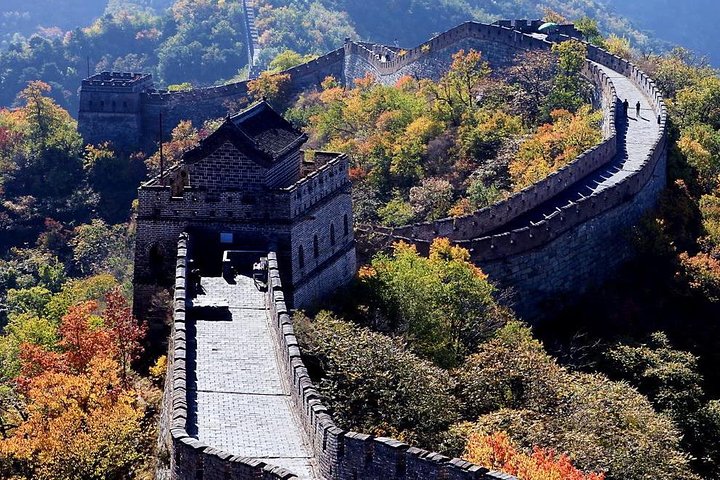 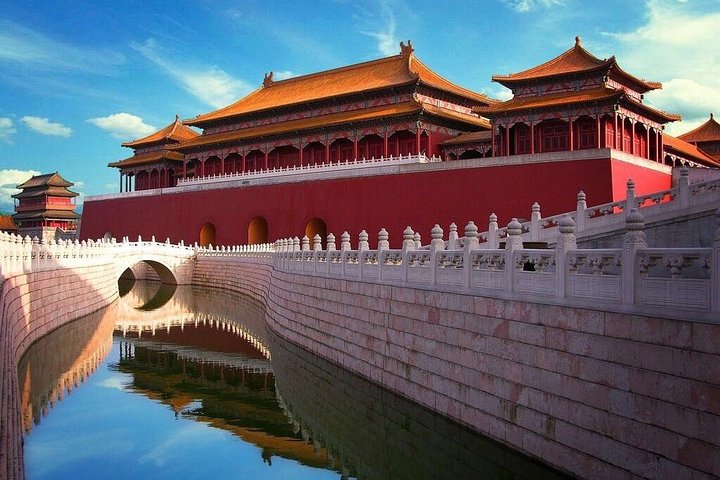 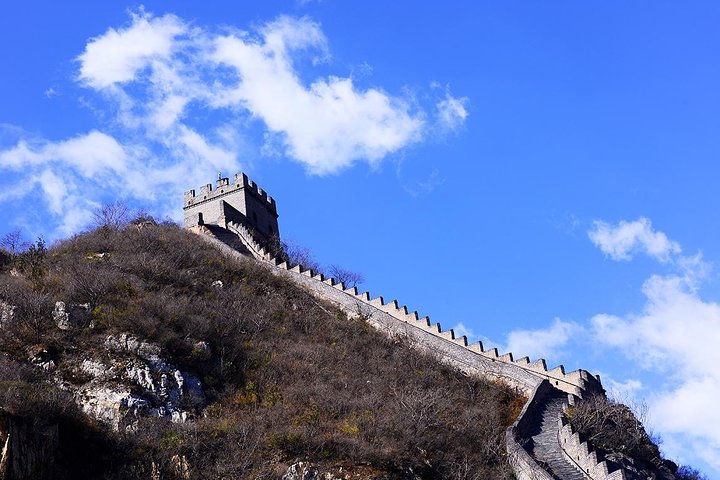 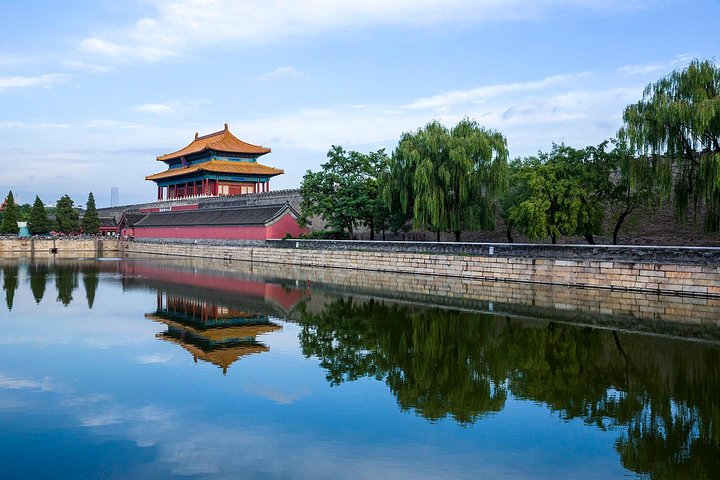 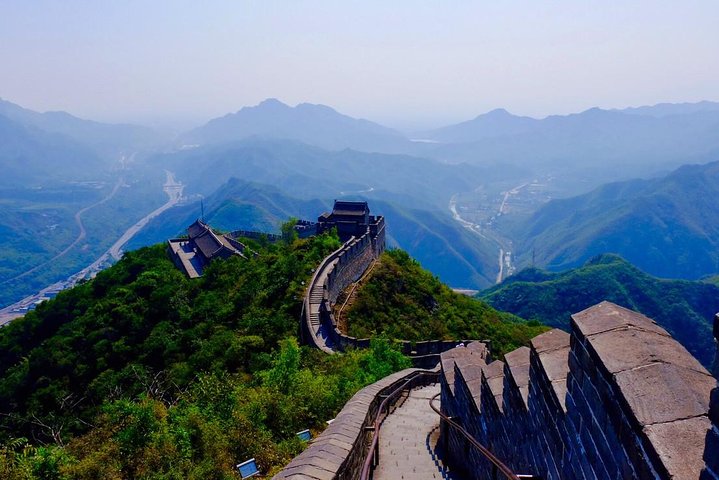 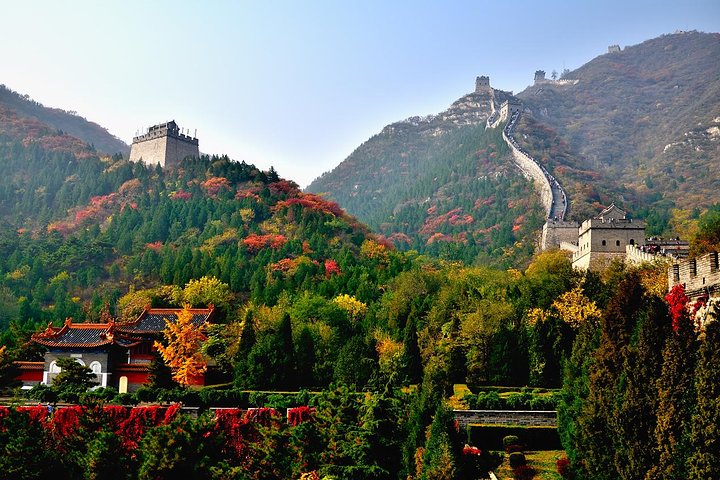 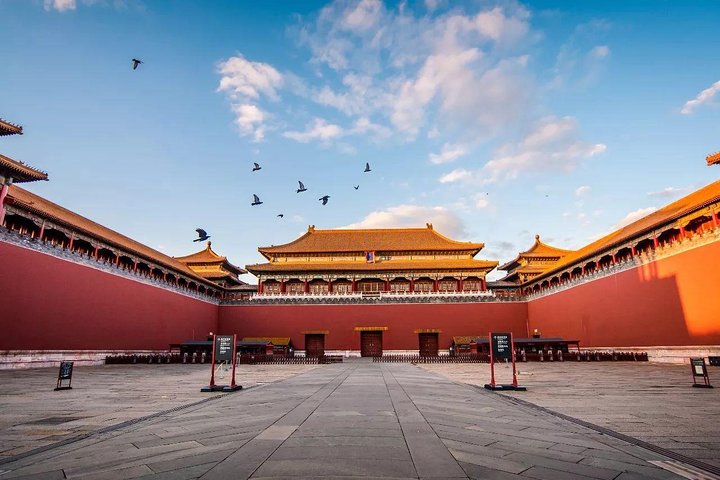 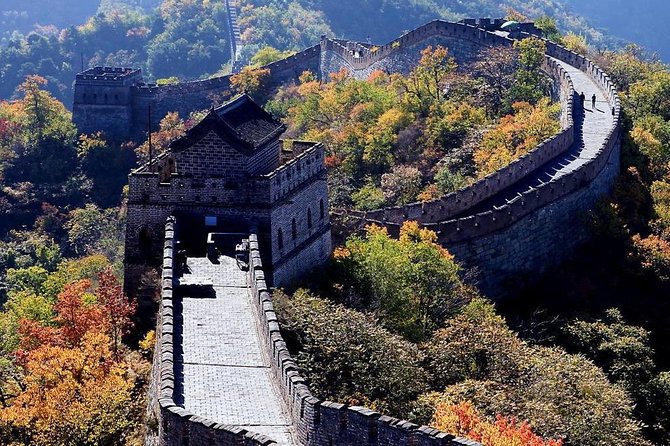 See two most famous UNESCO sites of Beijing on a full-day tour from Tianjin. This full-day private tour will enable you to experience the most attractive historical sites in Beijing: Great Wall at Mutianyu, Tiananmen Square and the Forbidden City. The tour includes entrance fees, a Chinese lunch, and take a round-trip ride on the bullet train. Travel at your own pace without any rush, with the option to take the cable car or chair lift up to the wall and a toboggan down at Mutianyu Great Wall.

Your driver will pick you up in your Tianjin Hotel's lobby and you will be transferred to Tianjin train station. Experience a fantastic 30 minutes bullet train ride to Beijing.

Upon arrival at Beijing South Railway Station, your tour guide will pick you up at the exit of the Arrival Hall with your name sign. Then heading directly to Mutianyu Great Wall.

Once you arrive at the The Mutianyu Great Wall, you’ll enjoy a peaceful experience and take time to marvel at this wondrous structure and the surrounding hillsides that look north toward Mongolia. The Great Wall at Mutianyu was built and restored in the early Ming Dynasty (1368 – 1644) on the remnants of a Wall originally built in the Northern Qi Dynasty (550-577). Reconstruction took place under the supervision of Xu Da, one of the founding generals of the Ming Dynasty, who was responsible for building a Wall from Shanhaiguan in the east to as far as Mutianyu.

Stop at a local restaurant in the Huairou district, famous for their chestnuts, mushrooms, and trout. Here, you will have various choices of countryside style of cuisine as your lunch.

Head back to Beijing City to explore Tian'anmen Square, home to the National Museum of China, and the great Monument to the Peoples’ Heroes.

Pass through the south gate to the magnificent 250-acre complex of the Forbidden City.

The Forbidden City was the imperial palace from the Ming and Qing Dynasties. It is located in the middle of Beijing, and now houses the Palace Museum. For almost 500 years, it served as the home of emperors and their households, as well as the ceremonial and political center of Chinese government.

Pass By: The Imperial Garden of The Palace Museum, Inside The Palace of Museum, Dongcheng District, Beijing 100006 China

After your tour finished, you will be taken back to Beijing South Railway Station for your train back to Tianjin, your driver in Tianjin will pick you up from Tianjin Railway station and you will be transferred back to your hotel in Tianjin.

Duration: 8 To 10 Hours
Start location: Traveler pickup is offered
We pick you up from your hotel in Tianjin city