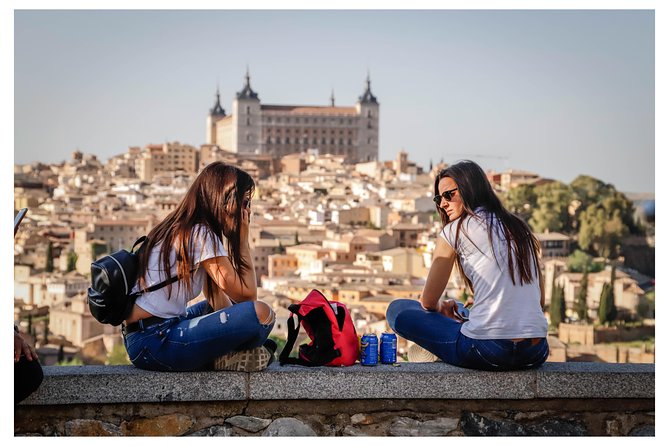 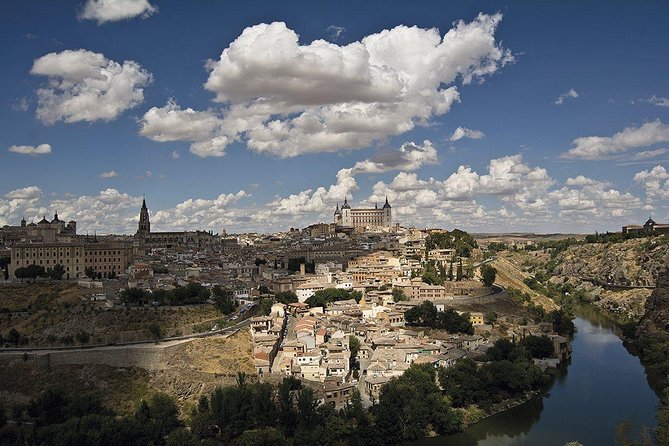 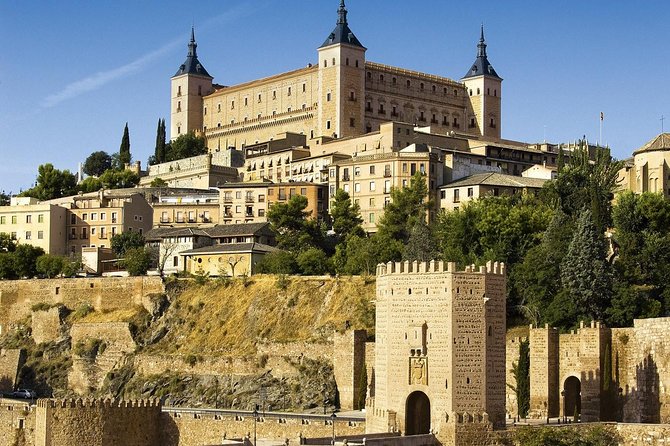 Toledo Full Day on your Own with Walking Tour Included

Discover the “City of the Three Cultures” by yourself!

Located 70 km away from Madrid is Toledo, a beautiful city-museum declared World Heritage Site by UNESCO. It is one of the oldest towns in Europe and has a great artistic beauty and buildings from almost all periods in history (Arabian, Gothic, Mudejar, Renaissance and Baroque style). Toledo is called the “City of the Three Cultures”, since Christians, Muslims and Jews lived together. In the XVI century, it was also the place of residence of the great painter El Greco.

Once in Toledo, you will arrange your day in Toledo as you like. 1 hour guided walking tour in Toledo is included.

Return to Madrid from Toledo at 16:00 pm, the meeting point in Toledo for returning will be in front of the Restaurant Hacienda del Cardenal (Pº de Recaredo 24), close to Puerta de Bisagra. We will make a Panoramic bus tour and stop at Mirador del Valle for taking pictures.

The parish church must have been founded after the Christian Reconquista of the city by Alfonso VI in 1085, as the first news that we have of its existence is from 1142. From the first Mudejar building, it has kept the large multifoil arch superimposed upon the main arch that separates the main nave from the presbytery together with the sturdy buttresses of this part of the nave and a small trefoil arch on a brick frieze arranged in Mudejar style that survives in the high part in what used to be the semicircular sanctuary of the original single nave church.

This Mudéjar construction was built in 1180. It has five naves separated by pillars supporting horseshoe arches. In the 15th century it was converted into a church, although today it is simply a monument which is open to visitors. It has a coffered wooden ceiling, Plateresque altars and an altarpiece by the school of Berruguete.

It is today the site of the city's Army Museum. Its construction dates from Roman times. During the reigns of Alfonso VI and Alfonso X 'the Wise' it was rebuilt and became the first example of a square fortress with towers on the corners. It was once again rebuilt under Emperor Charles V, on this occasion by the architect Alonso de Covarrubias. The façades are Renaissance in style, and it has towers and crenellated defences according to a preliminary design by Alonso de Covarrubias, subsequently completed by Juan de Herrera. After the last reconstruction it became the site of the Army offices and museum.

The Primate Cathedral of Saint Mary of Toledo is a Roman Catholic church in Toledo, Spain. It is the seat of the Metropolitan Archdiocese of Toledo