Day Trip To Chefchaouen From Fez With Private Driver 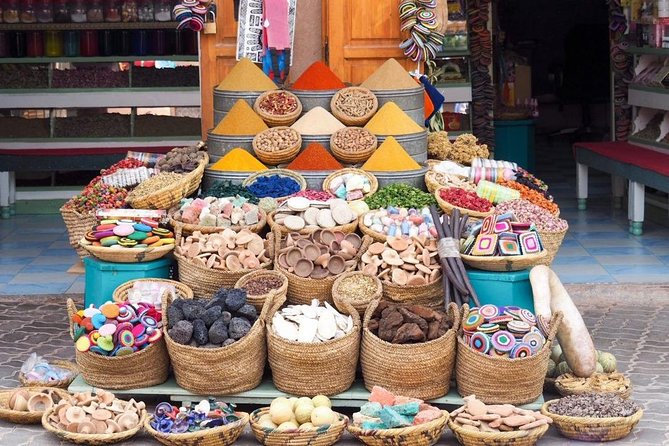 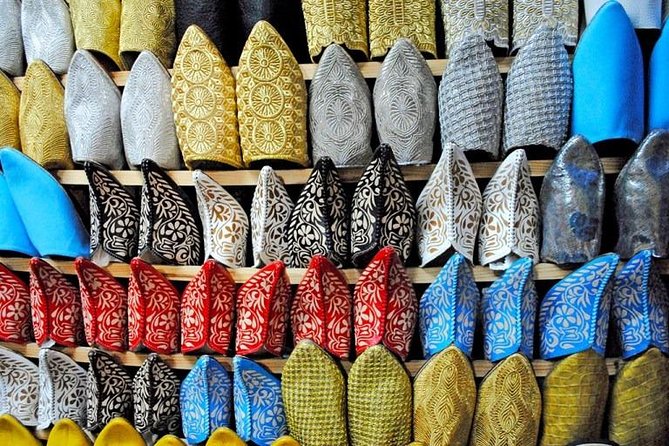 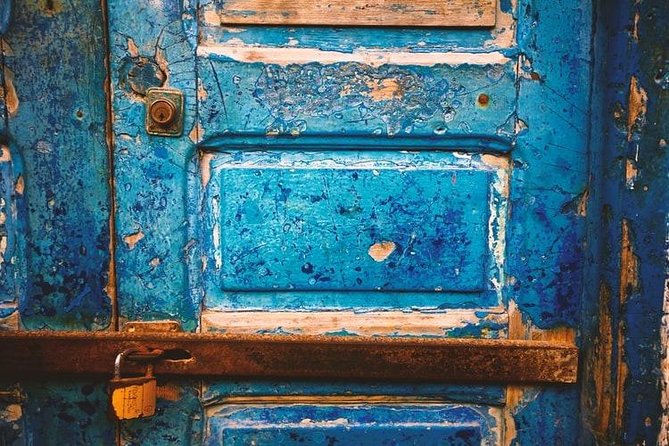 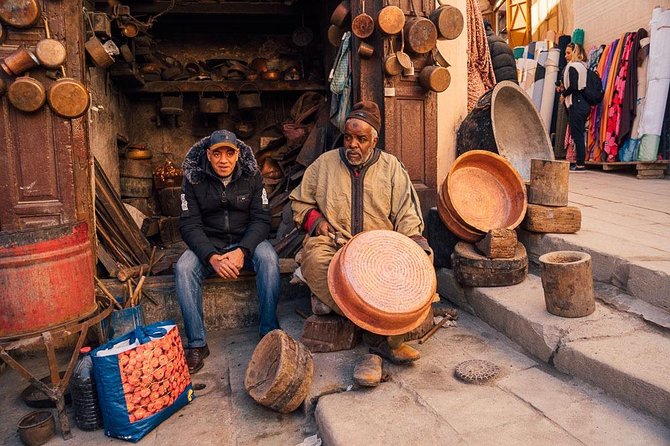 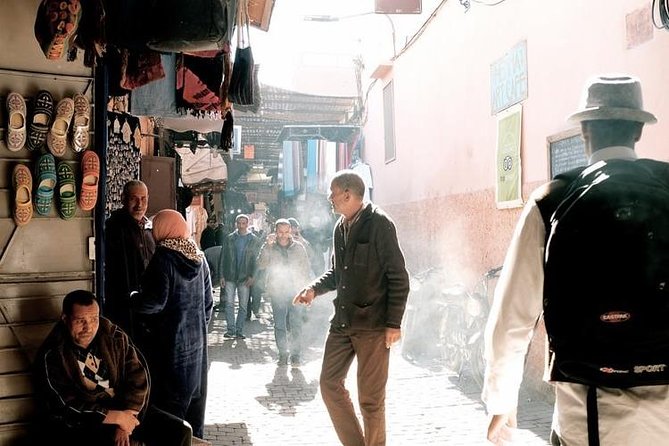 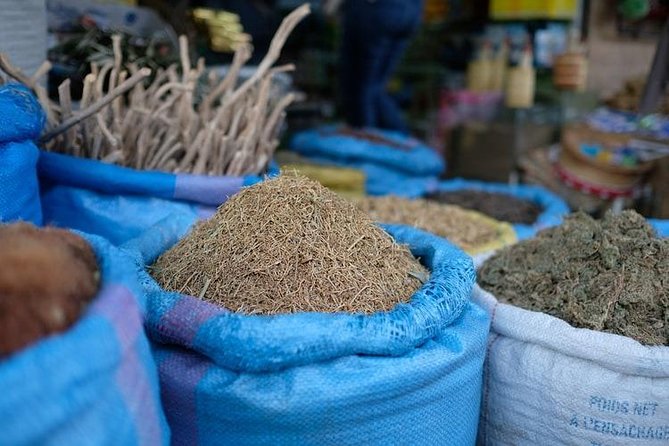 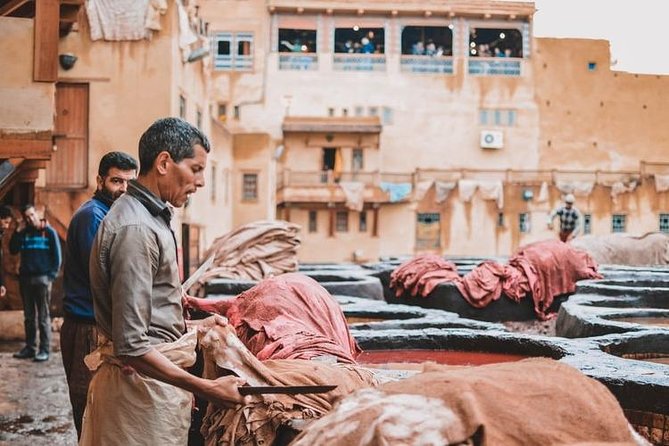 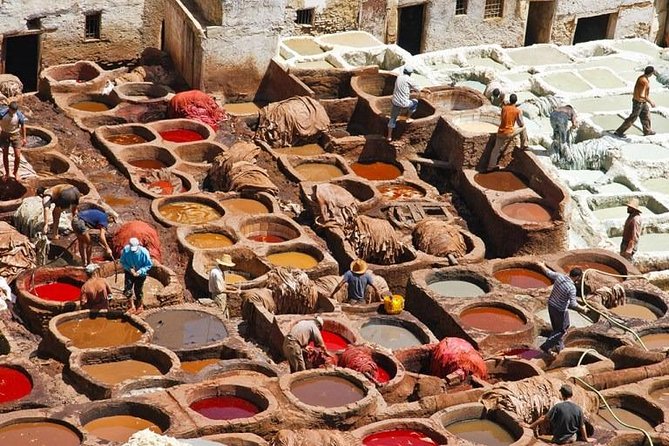 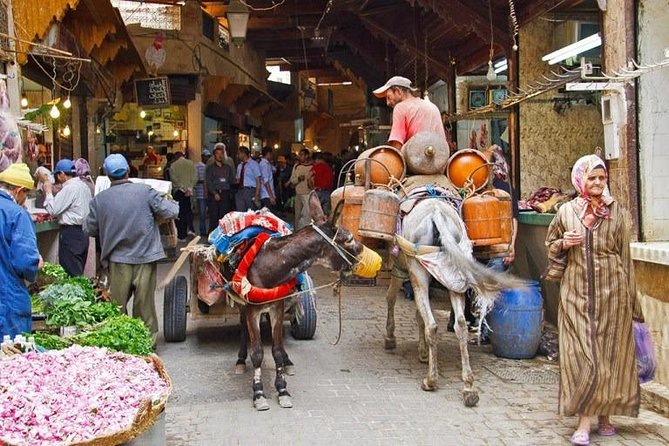 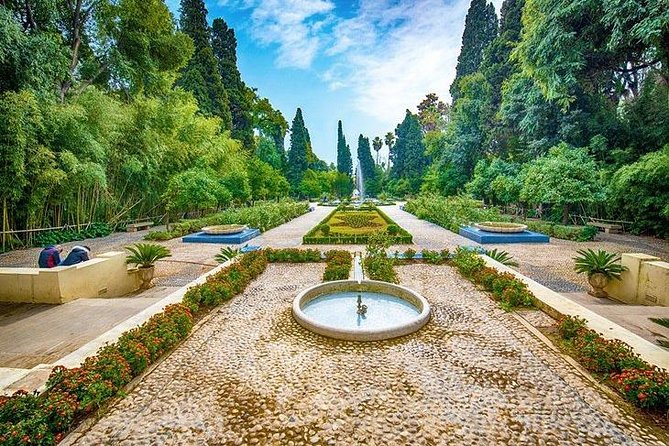 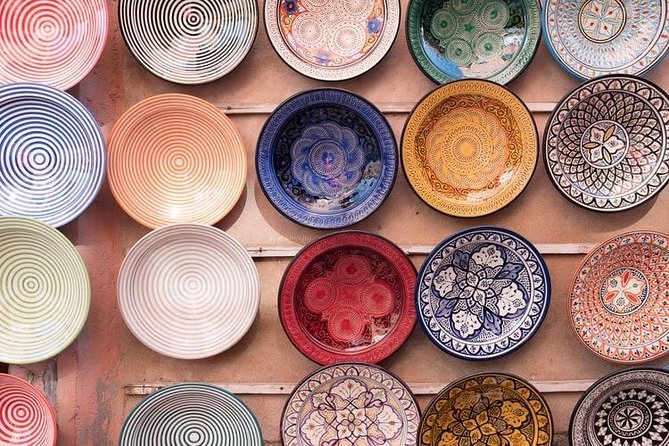 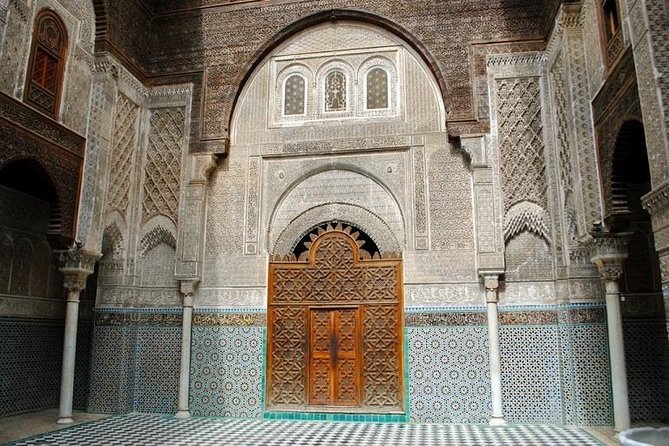 The car will pick you up at your hotel or Riad in Fez at 9:30 am. Enjoy 5 hours of shopping on your own from 10:00 am until 3:00 pm. At the Souks Meet Craft Designers, Rug and Embroidery Weavers
Treasure hunt for Morocco's handicrafts such as leatherwork, silver and other locally made goods and much more. You will be dropped off at your hotel in Fez at the end of the Tour.

Stop At: The Blue Gate of Fes, Fes Morocco

►Medersa Bou Inania: An (Islamic school) founded by Abu Inan Faris that is highly decorated from floor to ceiling. The medersa is one of the few religious places in Morocco that is accessible to non-Islamic tourists..

►Kairaouine Mosque: Morocco’s second largest mosque was built by Fatima in 857. The Kairaouine Mosque became the home of the West's first university and the world's foremost center of learning at the beginning of the second millennium.

►University of Al-Karaouine: Founded in 859, this university is one of the leading spiritual and educational centers of the Muslim world and is considered the oldest continuously operating institution of higher learning in the world.

►Medersa el Attarin: A (Koranic school) that was named for local spice merchants known as attar. Founded by Sultan Abou Saïd in the 14th century as a students' dormitory, it is attached to the Kairaouine Mosque.

►Zaouia Moulay Idriss II:A zaouia (shrine) dedicated to and the tomb of Moulay Idriss II, who ruled Morocco from 807 to 828 and founded the city of Fès for the second time in 810.

►Dar Batha: A Hispano-Moorish palace dating from the end of the XIXth century that houses admirable collections of traditional art from Fès.

►Stop for lunch at one of the palace-restaurants medina at one of the fine Moroccan restaurants which serve an extravaganza of mezas (small plates of food) common among Fassis Choukchouka salad, Zaalouk salad, Carrots with Cumin Seed, rasin and orange salad, Cold radish, orange, and Fennel Salad. The mezas are traditionally followed by the main meal which will include the option of a: Lamb, Prune, and Date Tagine, a Chicken Tagine with Olives and Preserved Lemons or a Vegetable Tagine. For desert you will be served with fruit/ or local Moroccan pastries along with Mint Tea. tradition. The mezas that are often brought to your table prior to the large mid-day meal will be several of these:

►After lunch you can explore the souks in the old Medina Fès el Bali more in depth and even stay well into the evening, as many shops are open after sunset. The layout of the souk is a complex network of streets ,centered around the kissaria, selling luxury goods like fine silks and brocades, high quality kaftans and jewelry. There are also souks like the El-Attarine Souk selling spices, a slipper souk and a henna souk, which is set in a shaded area planted with arbuses.

►Weavers Cooperative: We will also visit the Weavers Cooperative located in a residential neighborhood off a main shopping street. The workshop specializes in weaving the finest jellaba fabric, made of silk and wool threads imported from Italy. The shop also makes a quality jellaba fabric from locally spun, textured wool thread called hubba -sometimes referred to as couscous, because it’s nubby texture resembles Morocco's national semolina dish of the same name.

►Berber Carpet Demonstration: The Famous Exhibition of Antique and Modern Carpets is one of the places in Fès el Bali where you can see a Berber carpet demonstration. You will be offered mint tea and follow your guide up a coil of stairs to a small area to watch carpets being made by young girls who come from the mountains to show tourists how Berber carpets are made.

►Tanneries: The Chourara or the Tanner’s Quarters is the most lively and picturesque souks in Fès. The Tanneries are often located near watercourses like the Wadi Fès and at a distance from residential areas due to the strongly unpleasant smells they produce.

►Dyers Market: The dyers market, located along Rue de Teinturies, is the best place to see the dying vats which have been used for centuries to soak the skins of sheep, goat, cows and camels after they have their hair and flesh removed is best seen from the neighboring terraces. You will see many tanned hides colored with natural pigments ranging from shades of brown, black, turquoise fuchsia, yellow and orange.

Informacion Adicional
"Confirmation will be received at time of booking"
"Not wheelchair accessible"
"Infant seats available"
"Stroller accessible"
"Service animals allowed"
"Near public transportation"
"Infants must sit on laps"
"No heart problems or other serious medical conditions"
"Most travelers can participate"
"This is a private tour/activity. Only your group will participate"

Day Trip To Chefchaouen From Fez With Private Driver