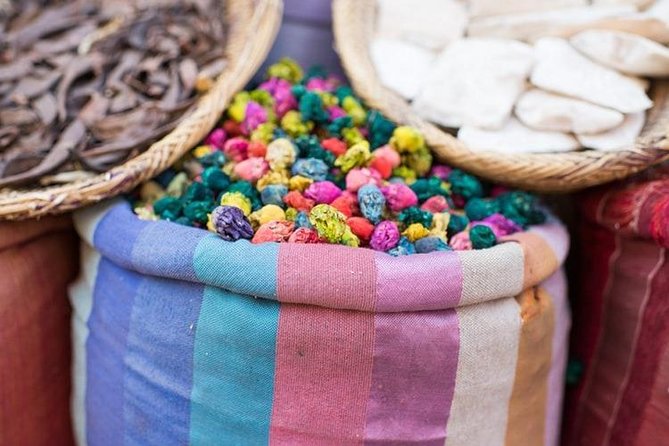 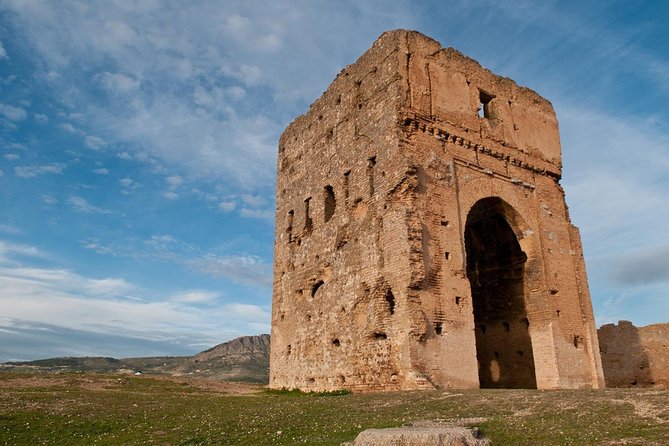 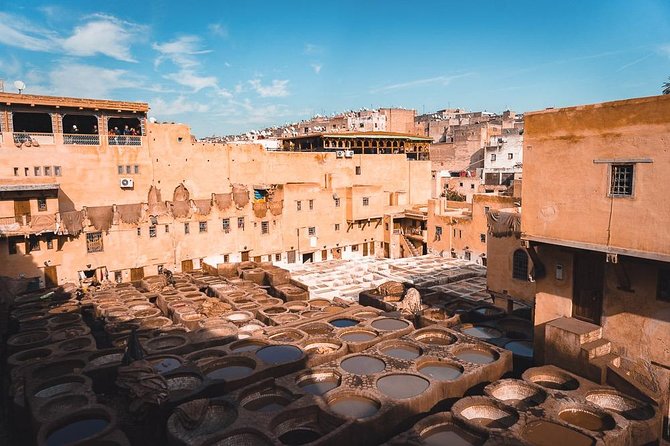 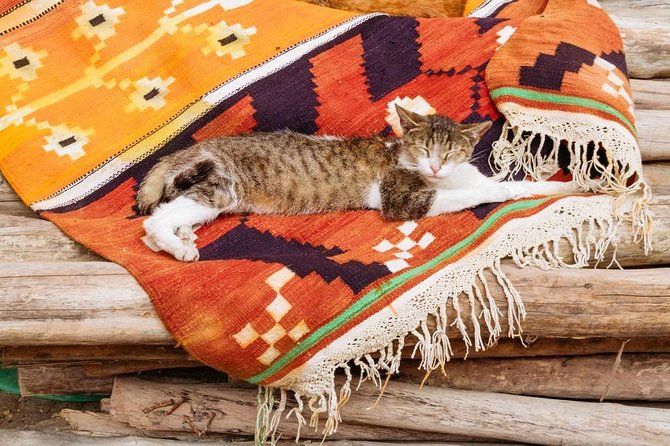 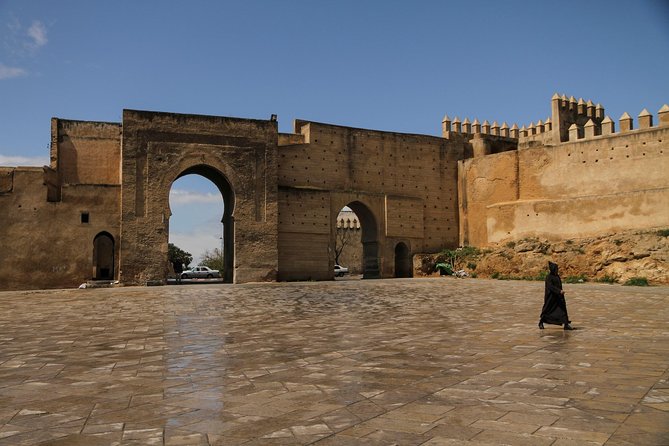 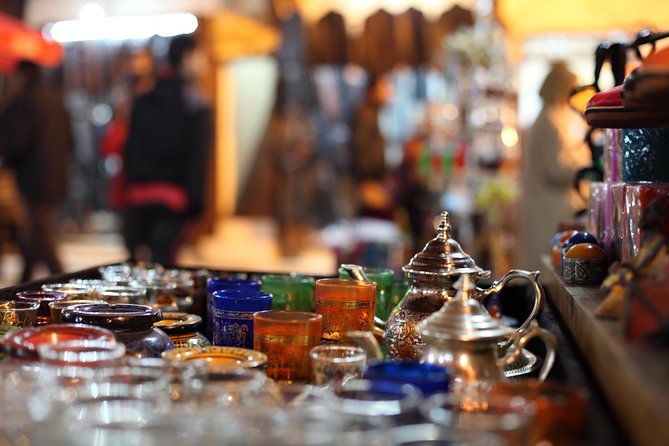 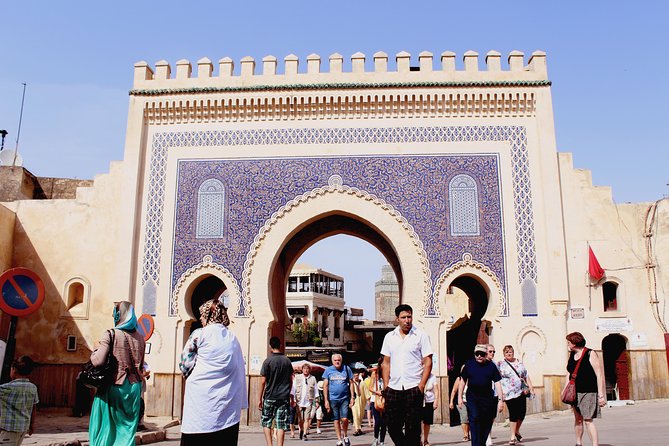 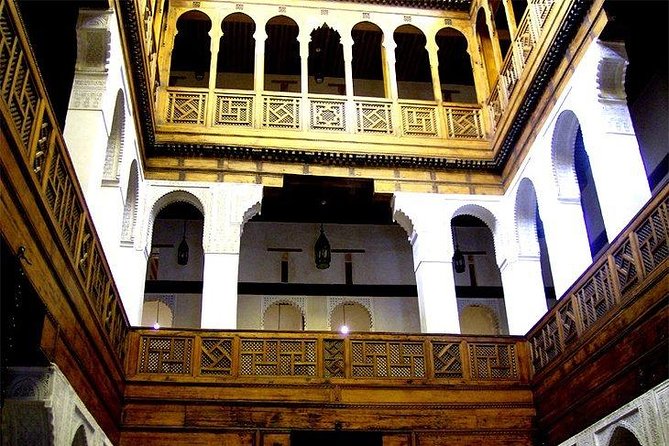 Fez Full Day City Tour Fez is the most ancient city of all the imperial cities, is founded in the 8th century, and is now seen as the spiritual and handicrafts’ capital of the Moroccan Kingdom. Its medina is a World Heritage of UNESCO, is full of palaces, museums, mosques and will make your happiness. This fully guided tour will take you to the heart of the imperial city of Fez, which is the city that most reflects the ancestral past of the Moroccan kingdom and its ancient civilization. It was and still remains the core of the intellectual and spiritual creativity, not only in Morocco, but also in the Islamic world. Fez houses, the oldest university in the world, Al Quaraouiyyne  and its ancient medina was classified as Universal Heritage by UNESCO in 1981.

Up until the 1960s, this was still a functioning theological school, and the restoration efforts since that time have restored it to its original beauty. The carved woodwork and stucco decoration is magnificent and is a tribute to Morocco's master artisans.

Another example of fine Merenid architecture, the Medersa el-Attarine was built in 1325 by Abu Said. The courtyard here is a wonderful display of the intricate decoration from this period, with elaborate zellige tile work and cedar wood carvings. The upper floor is made up of a warren of cells, which were once home to students studying theology at the Qaraouiyine Mosque (once one of the world's first universities). If you climb up onto the rooftop, you can get great views of the green-tiled roof of the Qaraouiyine Mosque itself

The Batha Museum is inside a Hispano-Moorish summer palace built in the late 19th century. The museum collection traipses through a selection of traditional Moroccan craftsmanship, with wood carved doors, wrought-iron work, embroidery, carpets, and jewelry all on display.

The centerpiece exhibit of the museum is the ceramics room, where the famous Fes blue ceramics, colored with cobalt, are featured. More interesting than the displays themselves is the building's own original decoration and the lovely internal courtyard garden, which is full of shady trees and tall palms and is a true oasis within the city.

Right amid Place Nejjarine, surrounded by metalworker workshops, you'll find the Nejjarine Museum in an old fondouk, which has been transformed into a museum displaying Moroccan wooden arts and crafts. Here, in the salons where traders once slept on their trips to town are displays of engraved granary doors, dowry chests, and mashrabiya (lattice screen) window frames. The central courtyard of the fondouk, with its sturdy pillars and balconies decorated in carved wood and stucco detailing, is worthy of the entrance price alone and has been painstakingly restored to its original glory.

Informacion Adicional
"Confirmation will be received at time of booking"
"Not wheelchair accessible"
"Stroller accessible"
"Service animals allowed"
"Near public transportation"
"Infants must sit on laps"
"Infant seats available"
"No heart problems or other serious medical conditions"
"Most travelers can participate"
"This is a private tour/activity. Only your group will participate"