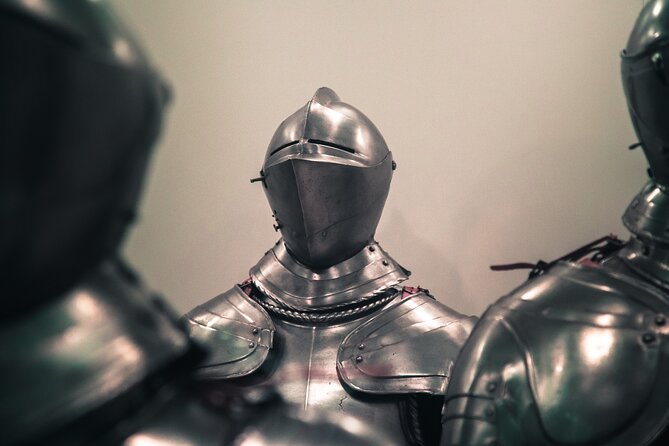 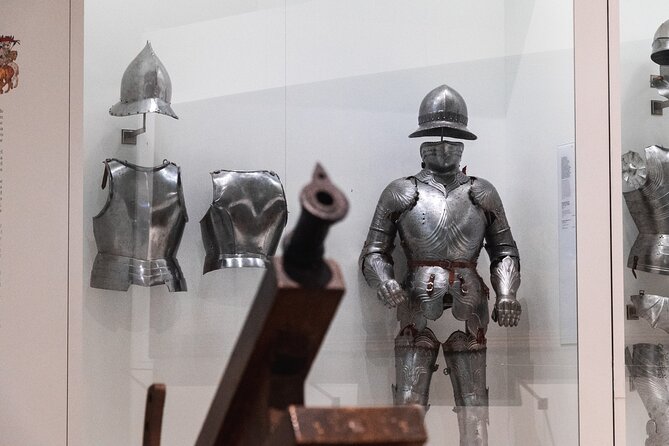 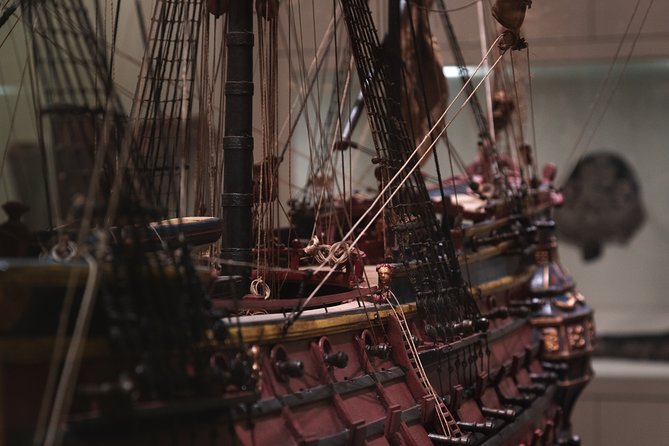 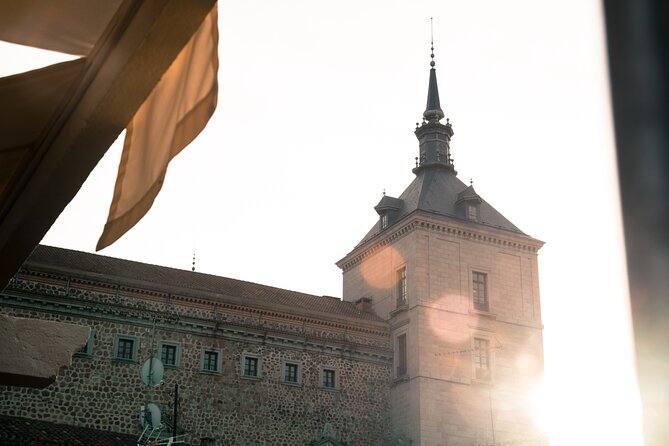 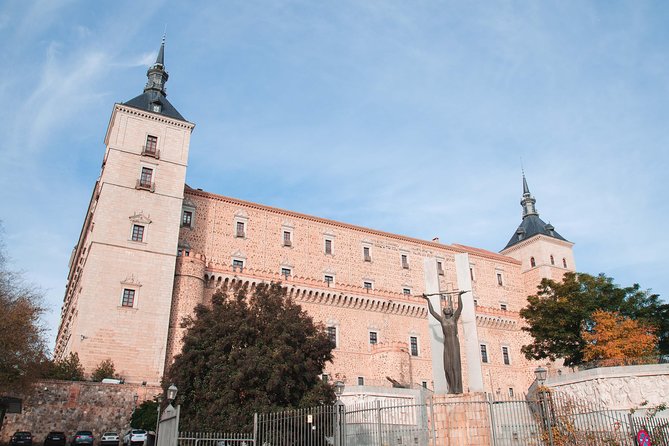 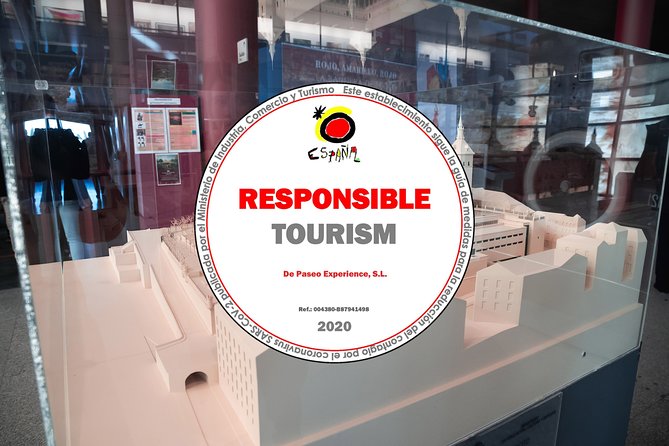 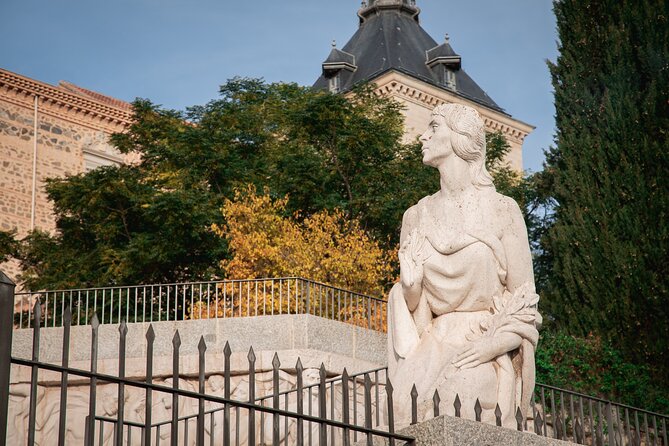 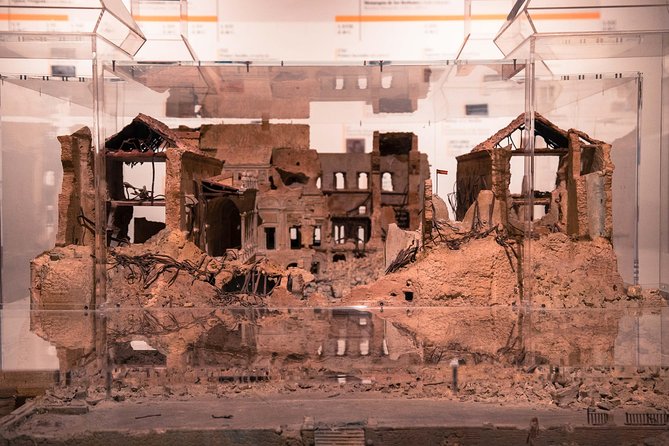 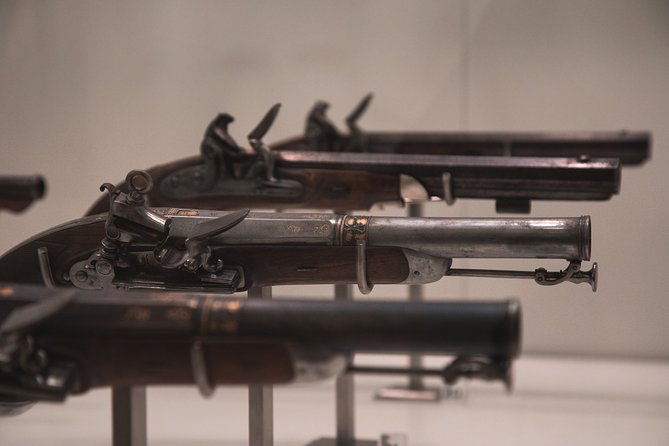 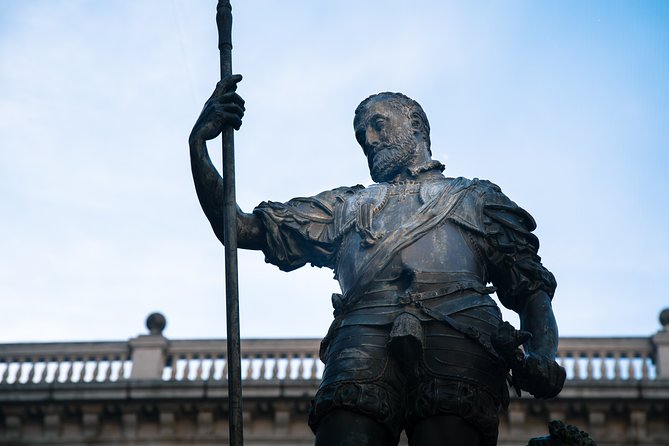 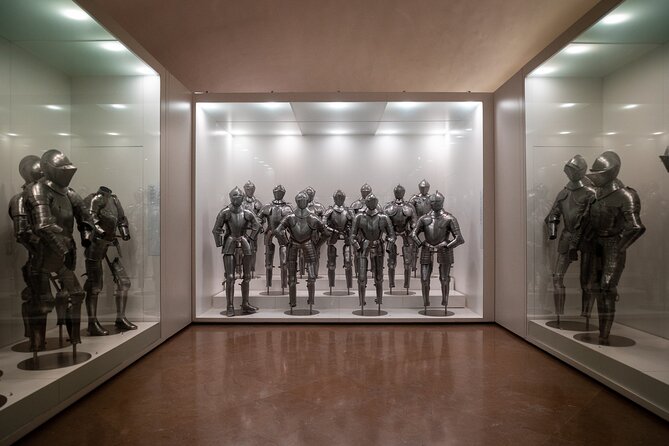 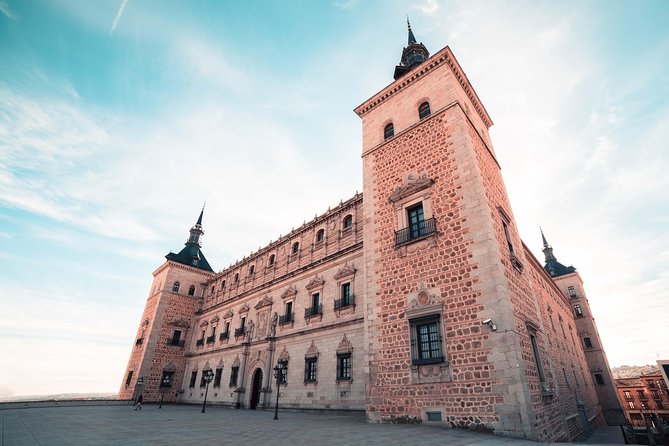 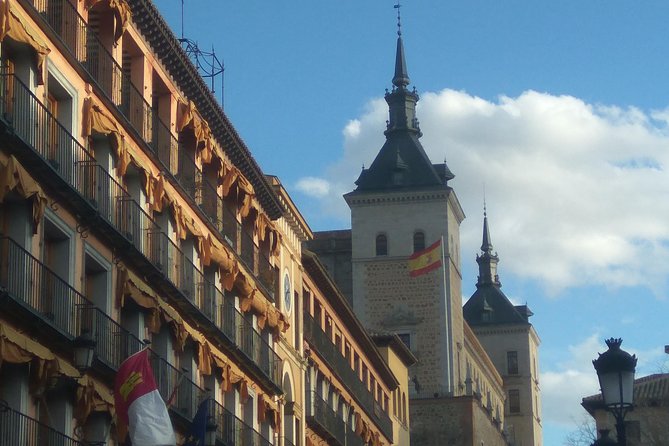 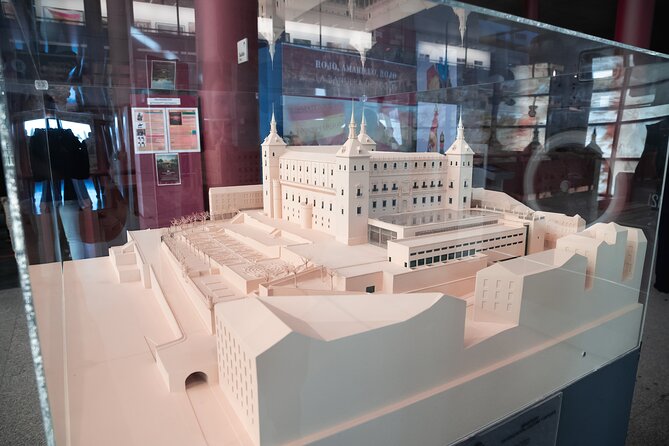 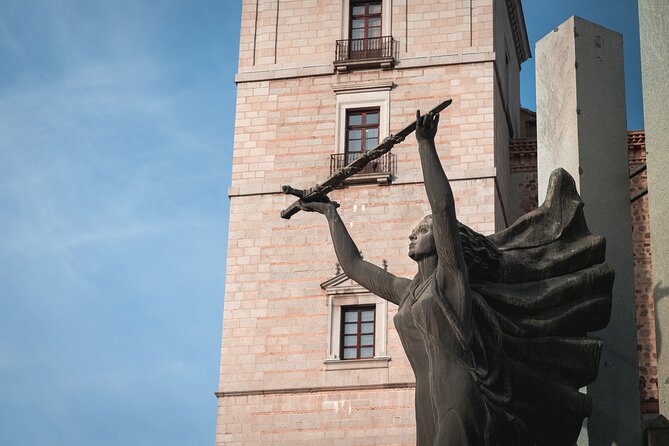 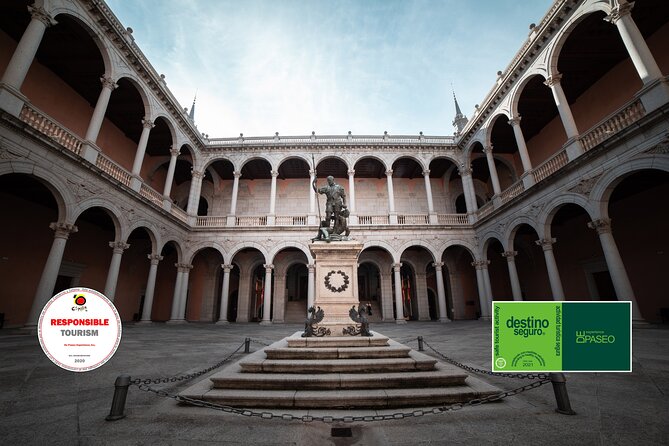 Guided Visit to the Alcazar of Toledo

Visit the Alcazar of Toledo and discover the history of the building and the impressive collection of weapons and firearms.

Constracted on the highest point of Toledo, the Alcazar dominates everything. It is a symbol of the history of the city because it was a fortress since the romans' times. Later on, it was an al-qasr, transformed into a palace by the christian kings.

Toledo was the capital of Spain in the 16th Centrury, and it is mirrored in the Alcazar. At that time, it was totally rebuilt to be the Emperor's house.

Several uses has it had since it was built such as a hospital or military academy, which led to its destruction during the Spanish Civil War.

Discover with the guide the history of the building and imagine the fascinating construction it was in the old years.

Since 2010, the Alcazar is the siege of the National Army Museum too. Be amazed by the impresive collections of Armours, and military items that have been kept for centuries.

Visit inside the Alcazar. The building itself was the ancient fortress of Toledo. Nowadays, it is the house of the National Army Museum.