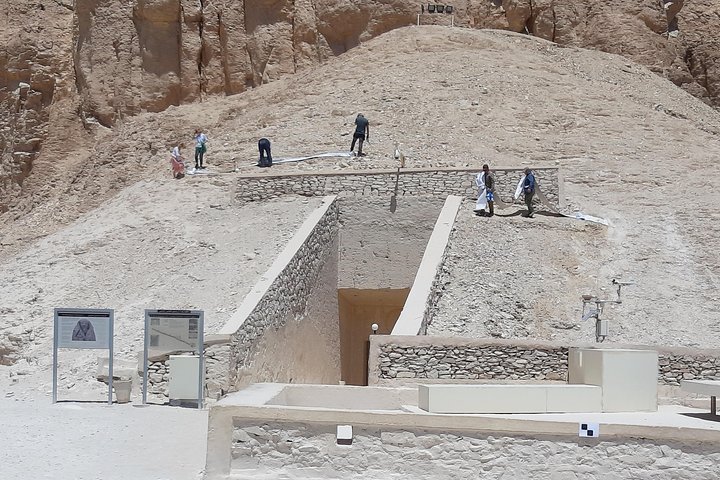 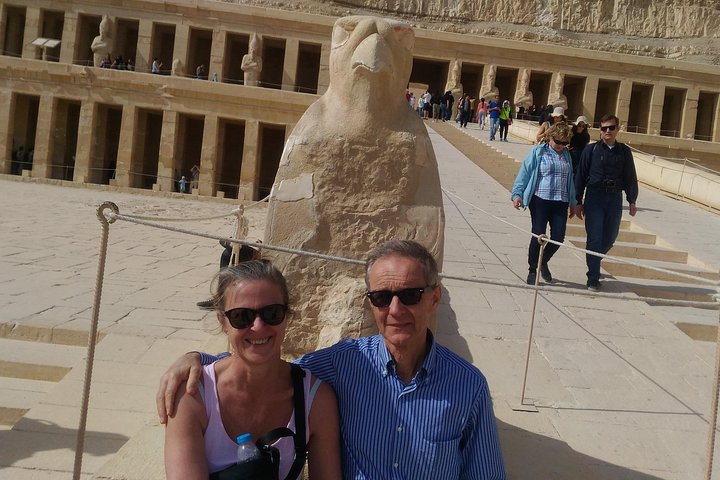 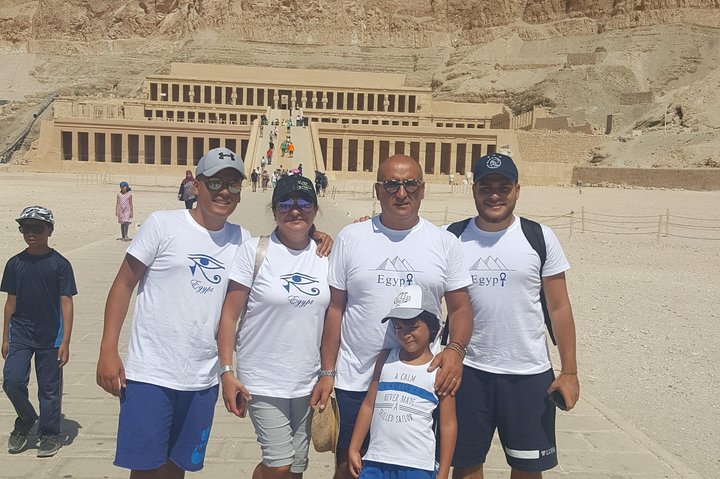 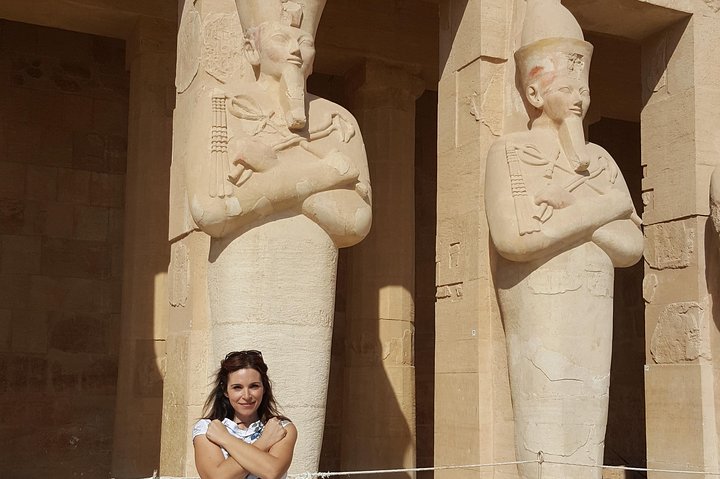 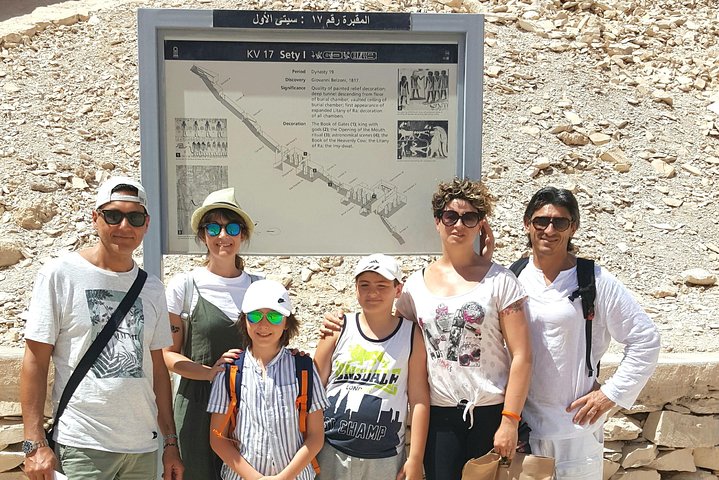 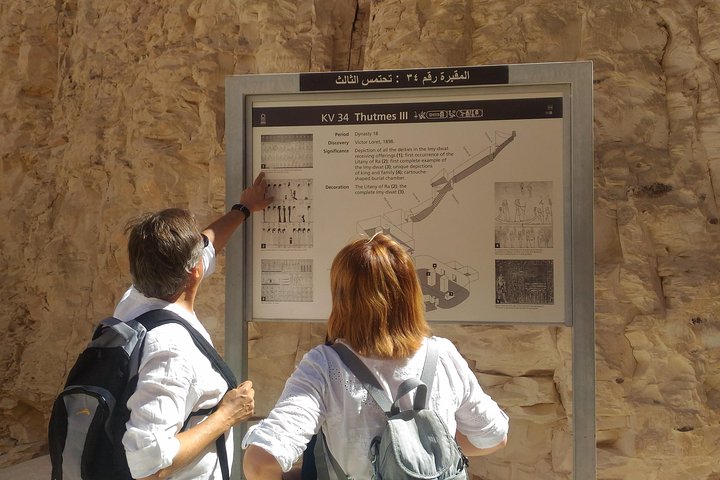 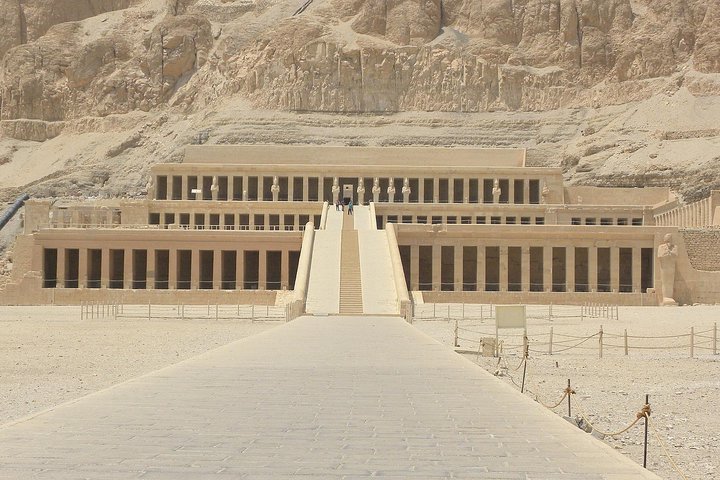 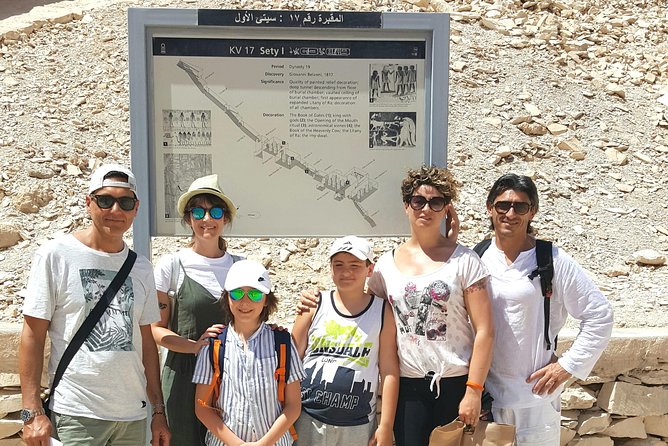 the trip include Tomb of Tutankhamun, also known by its tomb number, KV62, is the burial place of Tutankhamun, a pharaoh of the Eighteenth Dynasty of ancient Egypt, in the Valley of the Kings. The tomb consists of four chambers and an entrance staircase and corridor.

This Tour show you the most famous sites on Luxor's West Bank by expert private guide. You'll step back into Egypt's ancient history at the Valley of the Kings and Hatshepsut Temple on this private morning tour from Luxor. As this is a private tour, you can determine the amount of time you'd like to spend at each site.

This is where the kings of ancient Egypt, dating from the 17th till the 21st dynasties, used to be buried.

Its location at the bottom of one of the largest and most impressive mountains of Thebes give it special lure and magic. Established more than 3500 years ago, the temple is characterized by its terraces’ layout, wonderful wall paintings’ colors, and many statues of Queen Hatshepsut as a Pharaoh King.

The Colossi of Memnon are two massive stone statues of the Pharaoh Amenhotep III, which stand at the front of the ruined Mortuary Temple of Amenhotep III, the largest temple in the Theban Necropolis.

Deir el-Medina, or Dayr al-Madīnah, is an ancient Egyptian workmen's village which was home to the artisans who worked on the tombs in the Valley of the Kings during the 18th to 20th Dynasties of the

Tomb KV11 is the tomb of ancient Egyptian Ramesses III. Located in the main valley of the Valley of the Kings, the tomb was originally started by Setnakhte, but abandoned when it broke into the earlier tomb of Amenmesse. Setnakhte was buried in KV14.

Stop At: Tomb of King Tutankhamun (Tut), Valley of the Kings, Luxor Egypt

The tomb of Tutankhamun, also known by its tomb number, KV62, is the burial place of Tutankhamun, a pharaoh of the Eighteenth Dynasty of ancient Egypt, in the Valley of the Kings. The tomb consists of four chambers and an entrance staircase and corridor.

Informacion Adicional
"Confirmation will be received at time of booking"
"Wheelchair accessible"
"Once your purchase is complete, we will send you complete contact information (phone number, email address, etc.) for our local operator to organize pick-up arrangements."
"Stroller accessible"
"Infant seats available"
"Transportation is wheelchair accessible"
"Most travelers can participate"
"This is a private tour/activity. Only your group will participate"

Duration: 4 To 5 Hours
Start location: Traveler pickup is offered
We pick up all our clients from any Hotel,Nile Cruise, Hostel, Apartment or Meeting point inside the city. outside the city will be an extra charge.