2 Days Private Tour From Bucharest With Brasov, Sibiu And Sighisoara 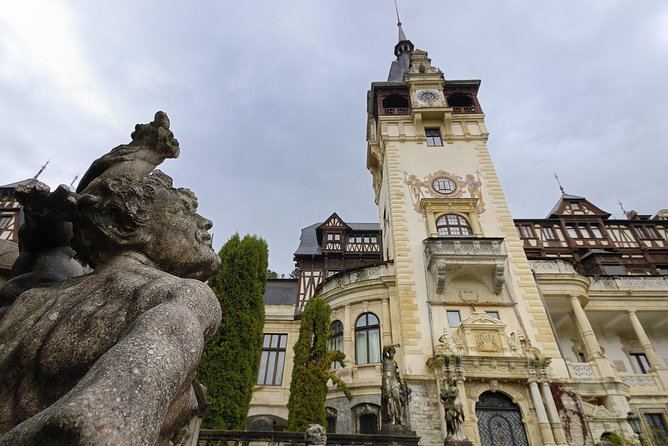 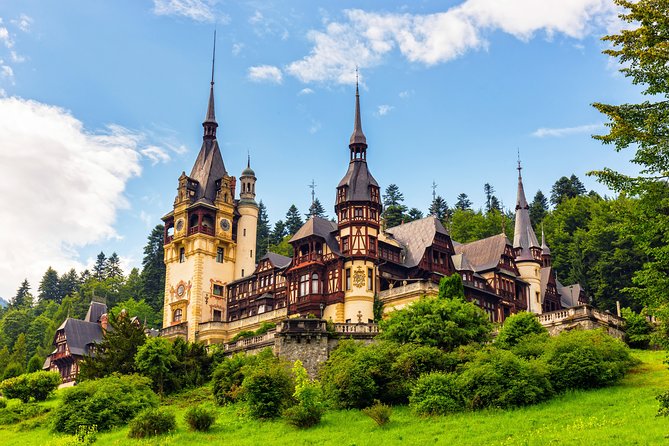 2-Day Medieval Transylvania with Brasov,Sibiu and Sighisoara Tour from Bucharest

Discover the best of Transylvania and its landmarks on a 2-day small-group tour. Visit iconic locations like Bran Castle, Peles Castle, Sibiu, Biertan Fortified Church, Brasov, and Sighisoara, and learn about the area's legends, culture, and cuisine from your tour guide. Round-trip transport, overnight accommodation, and breakfast are included for your convenience.

Pass By: Triumph Arch, Piata Arcul de Triumf, Bucharest Romania
On the first day you will be picked up from Bucharest and we will drive towards the beautiful Prahova Valley.

Stop At: Peles Castle, Str. Pelesului 2, Sinaia 106100 Romania
Our first stop will be at the imposing and magnificent palace of Peles. Built by the royal family of Romania during the 19th century, this palace offers an insight of 19th century German Renaissance style of decorations.
Duration: 2 hours

Stop At: Bran Castle (Dracula's Castle), Str. General Traian Mosoiu nr. 24, Bran 507025 Romania
The next stop will be in Bran Castle, known also as Dracula’s Castle. The imposing construction watches over a valley from a strategic position, it was originally built as a fortress at the former border between Wallachia and Transylvania. Together we shall discover the connection between the legendary ruler, Vlad the Impaler, and the infamous vampire.

Stop At: Brasov Historical Center, Piazza Sfatului, Brasov Romania
In the afternoon we will head to the city of Brasov, a city that retains its medieval charm with the help of its well kept historical center. Our walking tour of this lovely town starts from the main square from where we shall admire the old City Hall with its clock tower, the monumental Gothic Black Church, the fortifications, the two watch towers up the hill, the craftsmen guilds and the narrowest street in Europe.
Duration: 45 minutes

Pass By: Sighisoara Historic Center, Piata Cetatii Nr.1 Center of Sighisoara, Sighisoara 545400 Romania
In the evening sets in we will reach Sighisoara, where you will be accommodated.

No meals included on this day.
Accommodation included: Overnight in a centrally located hotel in Sighisoara.

Stop At: Sighisoara Historic Center, Piata Cetatii Nr.1 Center of Sighisoara, Sighisoara 545400 Romania
After breakfast, we will go on a walking tour of the medieval citadel of Sighisoara, one of the very few permanently inhabited citadels in Europe. This is also the birthplace of the legendary Vlad Dracula, whose house we will see, after which we will climb to the top of the 500 year old clock tower for a fantastic view over the town.
Duration: 1 hour

Stop At: Sibiu Travel, Sibiu Romania
Next stop will be Sibiu, also known as Hermannstadt. This is the heart of the German community living in Romania, the German Saxons having lived here for over 800 years. A former European capital of culture, Sibiu boasts many great sights from medieval times when it was a citadel: the Great Square, the Brukenthal Museum and an infamous Bridge of Lies.

Afterwards, we drive along the spectacular Olt river valley going back to Bucharest.

Informacion Adicional
"Confirmation will be received at time of booking"
"Travelers should have a moderate physical fitness level"
"Not wheelchair accessible, due to uneven surfaces"
"There is a 30 Euro single supplement to be paid directly to the guide at the departure if you require a single room"
"This tour/activity will have a maximum of 7 travelers"

Start Time: 8:00 AM
Duration: 2 Days
Start location: Traveler pickup is offered
Your location of choice (hotel or another address in Bucharest)

2 Days Private Tour From Bucharest With Brasov, Sibiu And Sighisoara