All Inclusive - Explore The Splendid City Of Polonnaruwa By Tuk-tuk

Ella Pick Up Drop Off Services From Pasikuda / Kalkudah 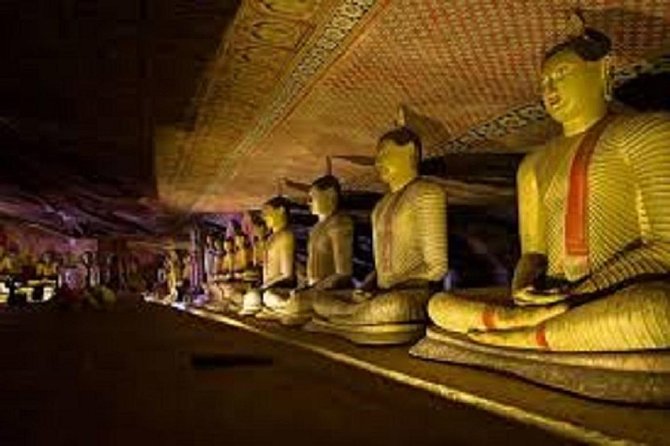 During this 2 day tour, first, the guests will be visiting Polonnaruwa which is one of the most historical locations in Sri Lanka. Afterwards, you will be visiting Habarana where you will climb the Sigiriya Rock Fortress and visit the Dambulla Cave Temple. We are sure that the guests can have a wonderful time during this 2 day tour and learn a lot about the culture and history of Sri Lanka

Stop At: Polonnaruwa Sri Lanka
We will pick up the guests from any hotel or location in the following areas: Kalutara / Wadduwa / Bentota / Beruwela (Pick up Area 1), Koggala / Ahungalla / Hikkaduwa / Galle (Pick up Area 2), Negombo / Waikkal / Marawila / Chilaw (Pick up Area 3) and proceed to Polonnaruwa.

The second most ancient of Sri Lanka's kingdoms, Polonnaruwa was first declared the capital city by King Vijayabahu I, who defeated Chola invaders in 1070 to reunite the country once more under a local leader. The Ancient City of Polonnaruwa has been declared a World Heritage Site. Currently, the new Polonnaruwa is undergoing a major development project known as the "Awakening of Polonnaruwa" under the concept of President Maithripala Sirisena. It envisions the development of all sectors in Polonnaruwa including roads, electricity, agriculture, education, health and environment will be developed comprehensively.

After visiting Polonnaruwa, we will proceed to Habarana where you will spend the night at a hotel there.

Stop At: Dambulla Cave Temple, Jaffna Hwy, Habarana 50150 Sri Lanka
After having breakfast at the hotel, we will be proceeding to climb the Sigiriya Rock Fortress.

The remains of Sigiriya constructed by King Kasapa I (477-495 AD) whom the Mahavansa introduces as a patricide lies five miles off Inamaluwa on the Dambulla-Habarana Road. On the west of the rock are ponds, the remains of summer palaces and other structures, and the first part of the ancient road, which led to the summit Ramparts. In the pas,t the entire western face of the rock had been covered with plaster and painted upon, but only those paintings in two sheltered pockets now survive. The last lap of the ancient path to the summit had been through the mouth of a lion, but at present only parts of the lion’s legs and some of the limestone steps from inside the lion’s mouth survives.

Afterwards, you will be visiting the Dambulla Cave temple. Dambulla is famous for the five cave Temples on a rock. The first 03 caves are better, older and larger than the other two. Some caves dates to 1st C.B.C. All the 5 cave walls and ceilings are covered with Buddhist murals and there are more than 130 Buddha statues, statues of Gods and Kings are also found here
Duration: 8 minutes

Meals included:
• Breakfast: You will have breakfast at the hotel in Habarana
No accommodation included on this day.

Informacion Adicional
"Confirmation will be received within 48 hours of booking, subject to availability"
"Not wheelchair accessible"
"Infant seats available"
"Not recommended for travelers with back problems"
"Not recommended for pregnant travelers"
"Travelers should have a moderate physical fitness level"
"This experience requires good weather. If it’s canceled due to poor weather, you’ll be offered a different date or a full refund"
"This is a private tour/activity. Only your group will participate"

Duration: 2 Days
Start location: Traveler pickup is offered
We will pick up all guests from any location / hotel in the following areas: Kalutara / Wadduwa / Bentota / Beruwela (Pick up Area List 1), Koggala / Ahungalla / Hikkaduwa / Galle (Pick up Area List 2) and Negombo / Waikkal / Marawila / Chilaw (Pick up Area List 3). Please note that the prices will vary a little depending on the pick up Area list.

All Inclusive - Explore The Splendid City Of Polonnaruwa By Tuk-tuk

Ella Pick Up Drop Off Services From Pasikuda / Kalkudah