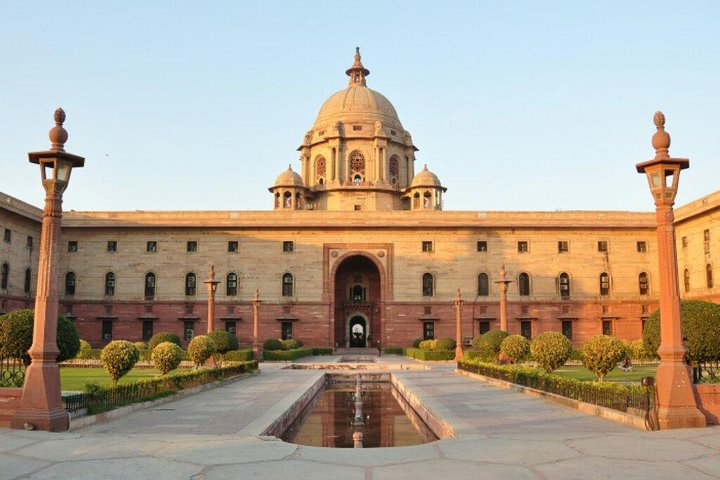 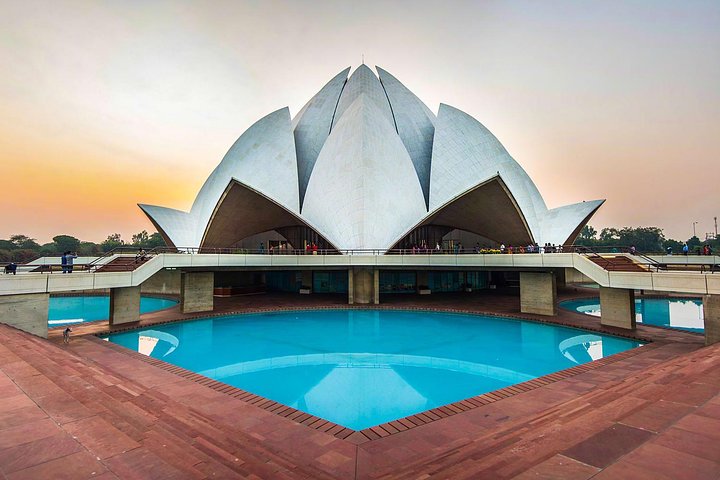 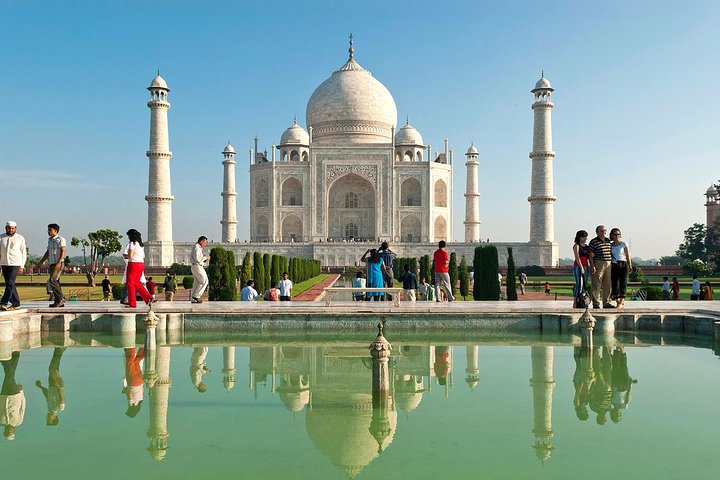 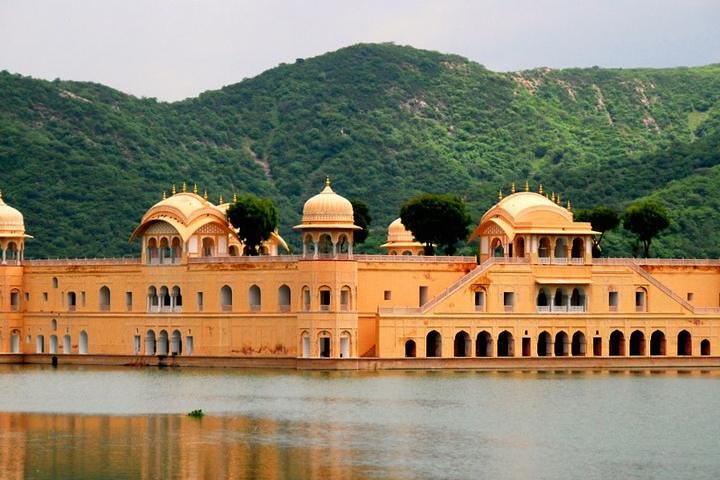 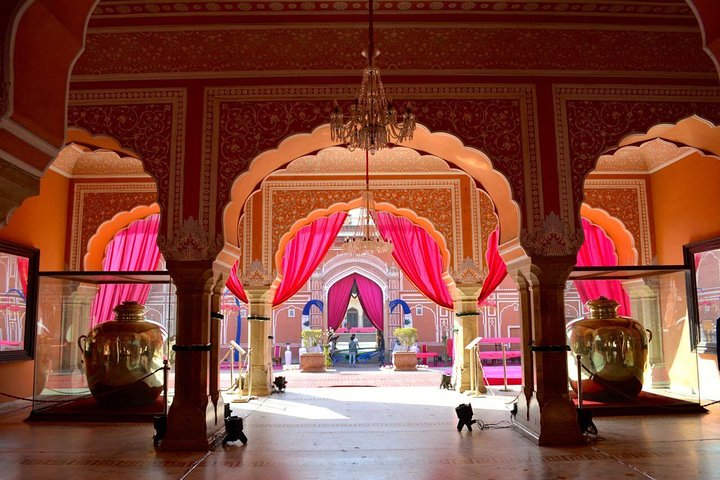 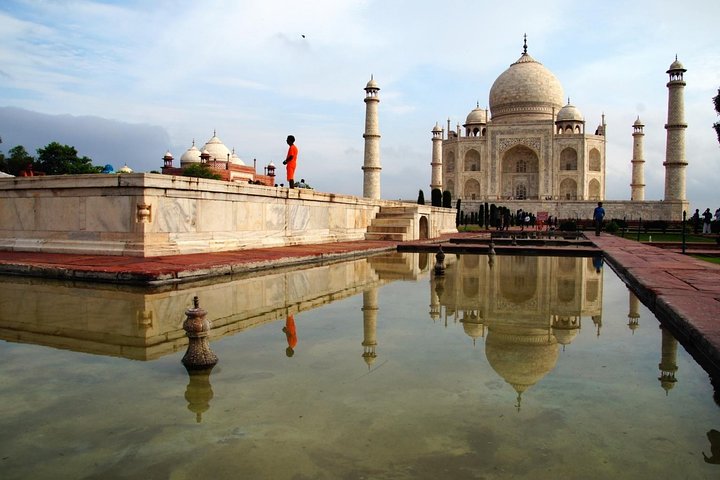 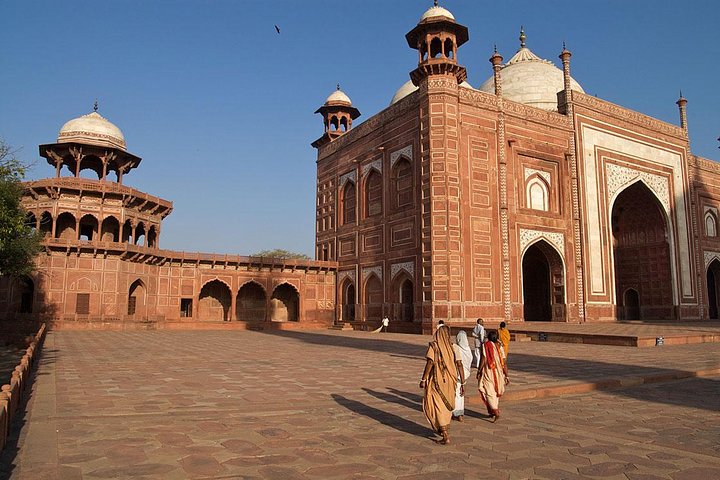 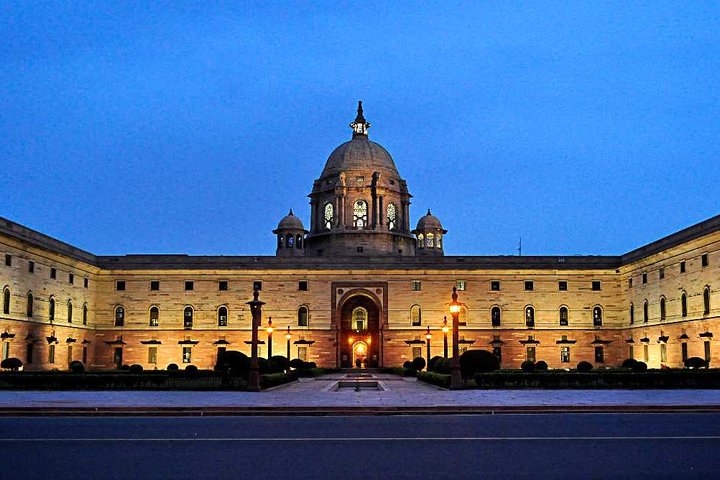 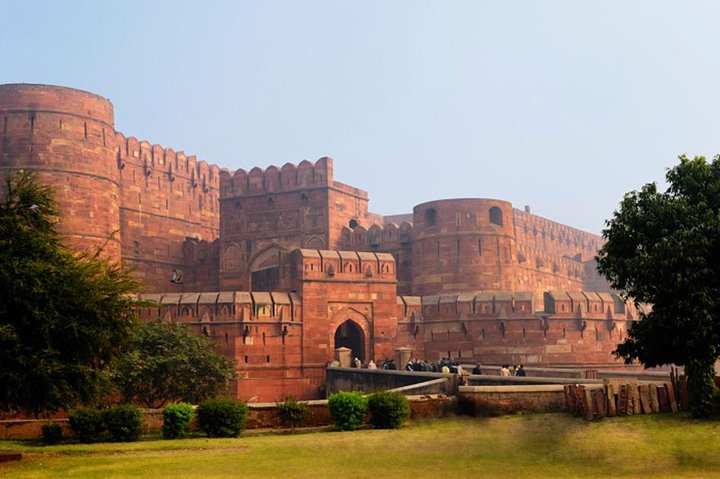 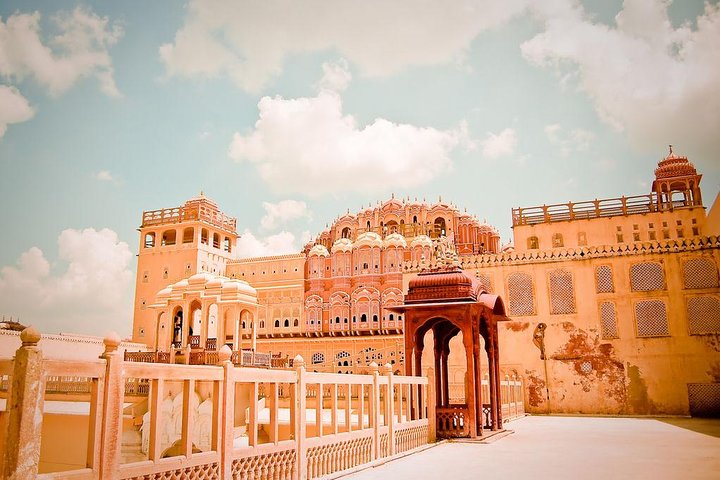 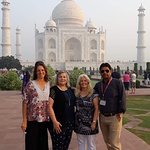 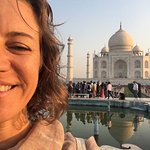 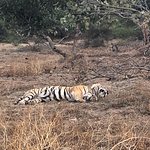 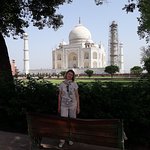 Stop At: Qutub Minar, Qutb Minar, Mehrauli, New Delhi 110030 India
Qutub Minar is a UNESCO World Heritage site which was established by Qutub-ud-din Aibak, the founder of Delhi Sultanate, in 1193. It contains spiral staircase and it's design is thought to be based on the Minaret of Jam.
Duration: 1 hour

Stop At: Lotus Temple Rd, Bahapur, Shambhu Dayal Bagh, Kalkaji Near Kalkaji Temple, East of Nehru Place, New Delhi 110019 India
Lotus Temple is a magnificent attraction of the city due to the unique flower-like shape. It was built in 1986. It has won many architectural awards and has also been featured in many newspapers and magazines

Stop At: India Gate, Rajpath Near Connaught Place New Delhi, New Delhi 110001 India
India Gate India Gate is a war memorial located near the Rajpath. It is dedicated to the soldiers of British India who died in the wars. The India Gate, even though a war memorial, evokes the architectural style.
Duration: 30 minutes

Stop At: Taj Mahal, Dharmapuri, Forest Colony, Tajganj, Agra 282001 India
Wake up early and start your sightseeing of Agra city early with a mesmerizing view of the sunrise along with the Taj Mahal. Take a guided tour inside the Taj Mahal for approximately two hours. Taj Mahal is a UNESCO World Heritage site which has been declared as the New 7 wonders of the world.
Duration: 2 minutes

Stop At: Agra Fort Rakabgani, Agra 282003 India
Your guide teaches you its fascinating history. See the Fort's different apartments and enjoy its magnificent architecture. Agra Fort is a UNESCO World Heritage site which is a historical fort in the city of Agra. It was originally the main residence of the Mughal Emperors. This fort contains various other sites which makes one aware of the magnificent history of India.

Stop At: Amber Palace, Devisinghpura, Amer, Jaipur 302001 India
Visit Amber Fort situated on the top of the hill. Amber Fort is located in Amer. It was built by Raja Man Singh I. It is known for its artistic elements. The Maota Lake located in front of the monument acts as a source of water for the fort.

Stop At: City Palace of Jaipur, Tripolia Bazar Near Jantar Mantar, Jaipur 3023002 India
City Palace of Jaipur was constructed in 1721 and originally was the administrative and ceremonial seat of Maharaja of Jaipur. Many religious and cultural events of that time took place in the palace. It now consists of the Maharaja Sawai Man Singh II Museum, and continues to be the home of the Jaipur royal family.

Stop At: Jal Mahal, Amer Road, Jaipur 302002 India
Jal Mahal is a palace located in the middle of the Man Sagar Lake in the city of Jaipur. The palace was renovated and enlarged by Maharaja Jai Singh II of Amber in the 18th century. The palace and scenic beauty of the lake attracts various tourists.

Informacion Adicional
"Confirmation will be received at time of booking"
"Not wheelchair accessible"
"Not recommended for travelers with back problems"
"Not recommended for pregnant travelers"
"Dress code is formal"
"May be operated by a multi-lingual guide"
"Wheelchair accessible, please advise at time of booking if wheelchair assistance is required if we can arrange or not we will inform you"
"Near public transportation"
"Travelers should have a moderate physical fitness level"
"This is a private tour/activity. Only your group will participate"